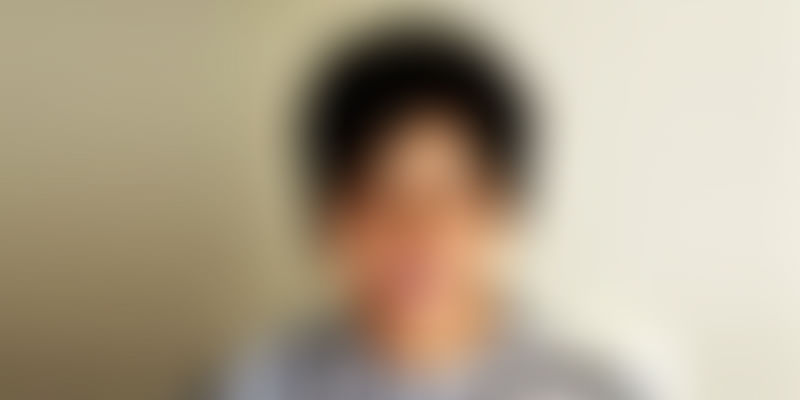 Benaazir Mukherjee, who started off designing jewellery herself, now owns a label that is featured in women’s magazines and picked up by Bollywood stylists. Read her inspiring #PassionToPaycheck story below.

The best, and possibly only, way to be successful is to do what you desperately want to do, irrespective of the hurdles in the way, going against the advice of the naysayers, and walking alone down a path that might not be the most practical choice. The crucial point here is that passion cannot be simulated. When one entrepreneur follows his passion and makes it big, several others follow in his footsteps but success eludes them. This is because they are looking for the wrong things — fame, money — and lack the drive that pervaded their role model.

Benaazir Mukherjee’s story is about following one’s heart, and learning the ropes slowly en route. Benaazir, 37, says, “Crafts had always been an integral part of my life. As a young girl, I would create trinkets and jewellery out of natural fibre, wool, and stones. My grandmother taught me weaving and my parents were very encouraging and would get me all the raw material I asked for. However, I did not realise I would be carving my career out of my hobby.”

After completing her MBA, Benaazir worked in pre-sales for a couple of big firms in Bengaluru, the last one being ITC. But she was restless and decided to take a sabbatical to hone her talent in jewellery designing. She also wanted to travel and quench her wanderlust. She says, “I took that sabbatical thinking I would get back to my job in a couple of years. There were no quality jewellery design courses that were available part-time or during weekends. So, I took a break thinking it would rejuvenate me.” She pursued a three-month course with International Gemological Laboratories and Institute, New Delhi, where she got to witness master craftsmen in action.

An introvert at heart, Benaazir travelled to scenic places like Uttarakhand and Meghalaya, which helped recharge her soul during her break. Once Benaazir was back in Bengaluru in 2010, it was with the intention of rejoining work that she went to meet her former boss, but her intuition, kicking in at the right time, told her that wasn’t what she was meant to do with her life.

She started her jewellery brand called Mood Swings by Benaazir in September 2010 and soon had her hands full with the orders coming in through Facebook. After she showcased her designs at several exhibitions, she was not able to cope with the demand on her own. By April 2011, she hired the first karigar (craftsman) to work on her designs and her online portal was set up by the end of 2013. Benaazir now has a team of 10, including six karigars.

Benaazir’s designs are classy and understated while also making a statement, and are a perfect marriage of traditional styles with modern, sleek looks. Benaazir works mostly with silver and semi-precious stones. She says,

Women buy my designs only for the aesthetic appeal, unlike the precious jewellery segment, which sees many customers purchasing for the purpose of investment. So, I place a lot of importance not just on beauty but also on comfort and wearability.

Benaazir took up the meenakari style, which is traditionally practised by skilled artisans of Rajasthan, and adapted it to suit her simplistic style. Benaazir uses hundreds of varieties of semi-precious stones sourced from across the world. Many a time, her karigars cut the stones to deliver unique geometry and visual appeal.

In July 2016, Benaazir consolidated her brand under the single label ‘Benaazir’. She says, “I am a creative person and the commercial success took me by surprise. When it comes to the business side, I learnt things by trial and error.” Being wary of over-advertising and unnecessary hype, Benaazir gave her brand the breathing space to grow organically.

At present, the label’s average order value is around Rs 3,000 and the brand has grown 30 percent sequentially for the last three years, primarily through high repeat customers and their references. Since touch and feel are important to customers, Benaazir has also started an adorable store in Bengaluru. Her designs are also stocked at Shilpi and Chamiers in Chennai and House of Taamara in Bengaluru. Her jewellery is listed online on Jaypore, VelvetCase, Shopnimai, Ethnic Collage, and STYFI, apart from her website.

The choice between stability and passion depends on each person’s risk appetite and willingness to persevere. Following one’s passion delivers a higher sense of purpose and satisfaction but it also has its times of ambiguity and post-decisional dissonance. This is not for the faint-hearted searching for quick glory or gains.

Benaazir’s biggest satisfaction remains lovingly creating her designs. Her design interns and craftsmen come up with ideas and techniques, which she then works on, creating the final pieces. She will eventually be hiring designers who understand her vision and aesthetics.

With one of Benaazir’s brothers in the advertising field and the other having been part of visual effects teams of Hollywood movies like Harry Potter and Man of Steel, it’s clear that creativity runs in the family. So, support and understanding have never been lacking. She says, “My husband has been there for me every step of the way. I also have a small circle of friends who literally pushed me to follow my dreams on days that I was unsure.”

Benaazir feels the best way to make things work is by avoiding shortcuts and sticking to one’s ethos.