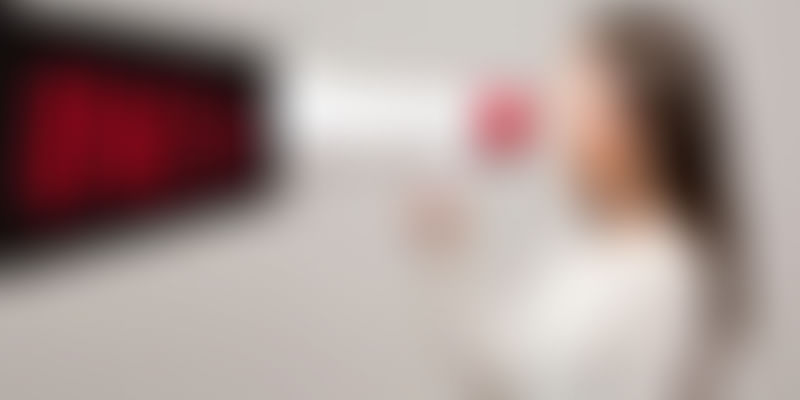 “Bijli chali jaaye toh aankhen khud-ba-khud adjust kar leti hai. Insaan ko andhere ki aadat kaisi…” says Ratna Pathak Shah’s ‘Buaji’ in this year’s path-breaking film Lipstick Under My Burkha, which, in English, loosely translates to - “You know when there’s a power cut, your eyes start adjusting to the darkness automatically. How swiftly a person can learn to accept the dark as the status quo that has been doled out to them.”

What’s even more deplorable is how early we are taught to acclimatise to the dark cloud of social injustice that engulfs our world.

I was all of four when I was thrust the handbook on life – meant especially for my gender.

It was like a Goosebumps novel in more ways than one; besides the scary sermons it preached about my “place” in the world –all the chapters asked me, in the end to flip to a page to know how the story ends.

They all led to the same page. It told me that no matter how much I followed the “rules” and played by the book, it is my destiny to have the ownership of my body revoked in some form, in some capacity, at various points in my life, and I better be prepared.

So, I start to prepare, long before I set out to take on the world.

And then one day – it happens. This is what I’ve trained for, I tell myself.

Coarse lips descend on mine, to perform what felt like the Dementor’s Kiss, as a hand slithered up my midriff and wringed my chest for a fleeting moment. He may have peeled himself off me as my aunt - his wife - walked into their living room, but it felt like his hand tore through my chest and stayed clasped around my trembling heart for weeks to come. It was traumatic. And I felt the full intensity of it.

But my moist eyes knew the drill; they start to assimilate the darkness and acclimatise to their new reality. It takes practice. And fortunately or unfortunately, the world gave me plenty of that.

As you get older, you get more robotic. Like a mimosa, you shrivel up moments after being even lightly grazed. But these are not natural impulses. . Yet, how do you still stand tall, despite the despair and powerlessness, when you’d rather be a wrecking ball of rage and rebellion?

It’s because of those magic words from the handbook that come as guarded whispers. “You’re ‘lucky,” the voice croons. “Worse things happen to other women,” it hisses at you.

Wouldn’t “lucky” ideally be having an uncle who dotes on you, rather than one that rummages through your skirt looking to strip you of your autonomy?

Wouldn’t “lucky” be finding a seat on a crowded bus, rather than having a stranger’s hands fall callously down your shoulders as soon as you settle into it?

Why are little children - and women across the board - made to settle for such measly standards of “luck”?

In the 12 million posts that cropped up on social media in the #MeToo campaign initiated by celebrity Alyssa Milano, this misguided mantra appeared a heartbreaking number of times.

Victims of assault have been belittling their own problems, and hence, denying themselves the right to feel the full, healthy range of emotions for closure – that is, indignation, rage, and an inspired moment of action – thanks to this flawed premise of consolation. Sure, things could have been worse, but, well, things could also be better. Why is medieval savagery the benchmark, and not futuristic equality?

To put things in perspective, here are some of the horrific things that women on the internet - and even men - confessed to have braved, but went on to discount the barbarity of the assault.

References like “sliding into one’s DMs”; memes like “Send Nudes” are all euphemisms for very serious issues we have painstakingly learnt to laugh at – men making unsolicited, often explicit advances at women on social media platforms.

Our coping mechanism tells us to focus on the ludicrousness of it all, (through deliciously satirical initiatives like “I Didn’t Ask For This: A Lifetime of Dick Pics” for example, which had me in splits) but all I ask is to also actively acknowledge the audacity of it.

We often hold imaginary confrontations with this troll – “it’s easy to hide behind screens and hurl obscenities at people you can’t see, but would you be able to crawl out from under there and say these things to the person’s face?” As a matter of fact, a lot of them would – bringing us to the next “lucky” appendage our womanhood sports.

This one has even earned itself a genteel and rather frivolous epithet – ‘eve-teasing.’

Think about it – isn’t it sociopathic behaviour, and how did this this bizarre social phenomenon come to be normalised?

Is it because the abuser does what he wants and still gets a hero’s welcome from his friends?

Or is it because your sisters who are in the same predicament as you - choose to just sigh away their indignation away and move on?

That part of you that felt like a fallen animal in that second deserves closure, but you only lather layers and layers of concealer on your bruises, and never truly let them heal.

You hope to God no one saw you momentarily stripped of your power, and still tell yourself, ‘you’re “lucky”, it’s just verbal abuse - and that they didn’t manage to get their filthy hands on you.’

Except, a lot of times, they do.

Navigating the world as a girl feels like there is a sea of hands and hard-ons flying at you. So, your mind automatically redirects you to an infinite IVR loop – if they grazed you, ‘at least they didn’t linger,’ says the voice. If they linger, ‘at least they didn’t grope.’ If they grope, ‘at least they didn’t rough you up.’ And if they roughed you up? At this point, even your thoughts acquire a tremble, for you realise how close you came to having your “luck” run out – but you reassure yourself, ‘at least I wasn’t raped.’

You still celebrate being afforded that one luxury – of being allowed to live.

In the revelatory spirit of the #MeToo hashtag, let’s also address the world’s best kept secret, and say, MenToo. This is perhaps one symbol of patriarchy that we are the furthest away from eliminating, because we refuse to acknowledge its very existence.

That 48 percent of Child Sexual Abuse (CSA) victims are men is a glaring statistic, that has been ripped out of the pages of history – for traditional gender roles dictate that men are strong and infallible, and have high thresholds of pain. Hence, male victims tend to normalise, if not entirely deny their trauma, given that admission often leads to dismissal, ridicule, and shaming.

The truth rises like bile at first, and pierces through the image of normalcy you have created, and appeals to you to feel something. Anything.

It’s telling you that this is not the rent you have to pay to occupy your space as a woman in society. This is not normal, let alone “lucky.”

The responses to assaults other than rape – and at times, even rape - are normalising, submission, and eventual acceptance. But is this method part of the cure, or is it part of the disease?

The answer, most certainly, is the latter. The first step to solving a problem is admitting that there is one. Stay angry. Stay alert. Resist. You are well within your rights to file a complaint against your abusers.

Various women choose to put up with these attacks because the experience of reporting the crime to the local authorities is harrowing. Speaking strictly about India, if the statistics are to be believed, the system seems to be conspiring against you - only one in four rape complaints lead to convictions. The vast majority of assaults other than rape go unreported. Women who choose to complain are greeted with condescension if they’re “lucky”, and blamed for the mishap more often than not.

We live in a patriarchal society – our legal system is part of the same society, and has the same conditioning, unfortunately. But does that mean that you don’t seek legal redressal? Quite the contrary; this is a call to action, to resist more obstinately than ever.

I filed an FIR against a verbal harasser earlier this year, and barring the inefficiencies in the system that required me to visit the police station roughly eight times before the actual hearing, the fact is that the entire system did toe the line to ensure justice is served – right from the officer who recorded my complaint, to the magistrate who recorded my statement and the judge who heard my account.

Booked under section 354 (D) of the IPC, the perpetrator has spent seven months in jail already, and is looking at another seventeen.

I do believe that my position in the existing societal hierarchy may have had a part to play, and that women belonging to other strata of society may not have the full power of the state and the judiciary behind them – but you owe it to the world, you owe it to your sisters, and if nothing - you owe it to yourself, to resist and seek justice within the purview of the law.

So, in the words of poet Jasmin Kaur – “Scream, so that hundred years from now, a sister will not have to dry her tears wondering where in history she lost her voice.”