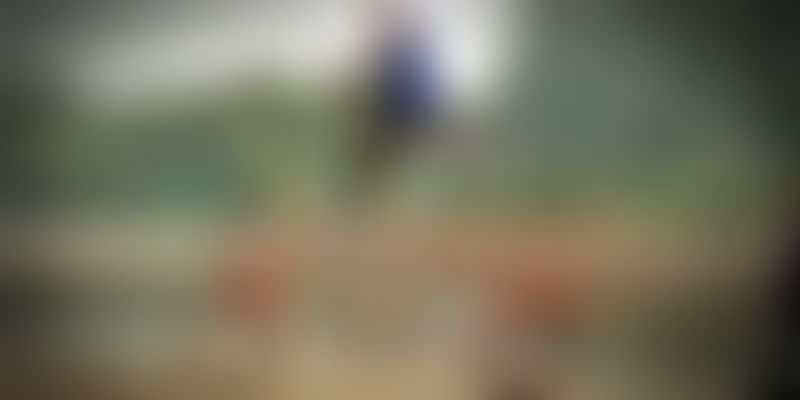 Have you ever seen a cycle taller than a human being? Probably not. Rajeev Kumar from Chandigarh, however, has designed one that is almost twice as tall as the average human. Popularly known as Johny, he has modified his cycle to a height of eight feet, six inches. This can further be extended to 10 feet, two inches in height.

Rajeev, who has already entered India's Limca Book of Records, is on a mission to make more and more people embrace riding cycles. This, he believes, will reduce pollution levels. In an interview with Barcroft TV, he said,

"It’s my own creation. I always wanted to do something else, something different. If we have come to this world, then we should do something to make our mark. Thinking this I made this cycle.”

Although it is probably the tallest cycle in India right now, it is not the tallest he has ever built. In 1999, he designed a cycle that was 13 feet tall. As the authorities banned the cycle on city roads, he had to dismantle it. He has wanted to do something along these lines ever since he was a teenager, he told Daily Bhaskar. In his words,

“At that time I wanted to do something different but was not sure how to go about it. Then one day I raised the seat of my cycle just for the heck of it, but realised that my feet did not reach the pedals. So I got the bike modified by raising the pedals."

A few years ago, he travelled from Chandigarh to Delhi in 16 hours on his cycle, which was seven feet, six inches at that time. That was how he made his way into the Limca Book of Records.

In the initial days, riding a tall cycle on Chandigarh's roads wasn't easy. Not used to such a sight, people were rather afraid. In fact, even his wife had no clue about his passion at the time of their marriage. But over time, both his wife and other people have come to accept his passion and respect him for what he does.

However, he doesn't seek help from anyone. For instance, he spent Rs 80,000 to design the cycle he currently owns, all of which came from his own pocket.

Rajeev aka Johny's future plan is to complete the 1,650 km between Chandigarh and Mumbai and make it to the Guinness World Records.