Aparajita lost her father at 8, became the first female IPS officer from Sikkim 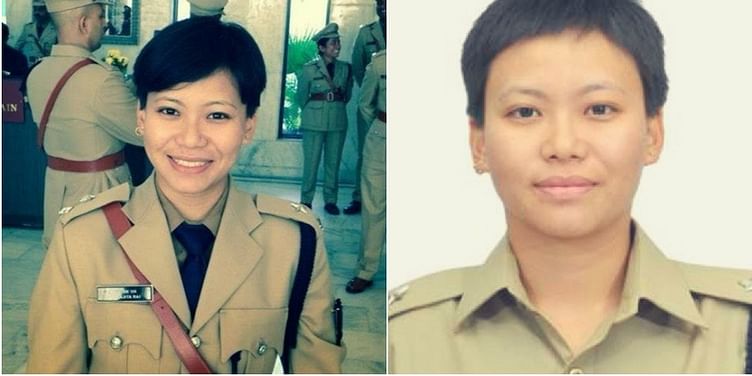 Aparajita Rai was eight years old when her father, who was a divisional forest officer in Sikkim, passed away. At that tender age, she understood how insensitive most government officials were towards the public. It was then that she decided to become a part of the system and do her share to bring in change. Fast forward two decades and she is now the first female IPS officer from Sikkim.

According to Assam Online Portal, after Aparajita's father passed away, it was her mother Roma Rai who brought her up. A teacher by profession, Roma played a great role in shaping Aparajita's identity — a brave and an intelligent person with a will and determination.

From childhood, Aparajita excelled at everything she took up. In school, she was always a top-ranker and she received the Best Girl All Rounder award at the Tashi Namgyal Academy for her performance. After school, she graduated with BA LLB (Hons) from West Bengal National University of Judicial Sciences.

When Aparajita started preparing for her UPSC exams, she encountered her first failure — she did not clear the exam. However, she bounced back from that failure and cleared it the next year, scoring the highest marks ever secured by someone from Sikkim.

During her training for the role of an IPS officer, she won several awards including the 1958 Batch IPS Officers' Trophy for the best Lady Outdoor Probationer, the 55th Batch of Senior Course Officers Trophy for Best Turn Out and Shri Umesh Chandra Trophy for Field Combat. According to NDTV, while speaking of the passion that keeps her driven, Aparajita said,

"Anyone who comes to me should not face the same harassment or agony which people generally encounter in government offices."

UPSC All India Rank number 11, Sanskriti Jain’s motto in life- be true to yourself