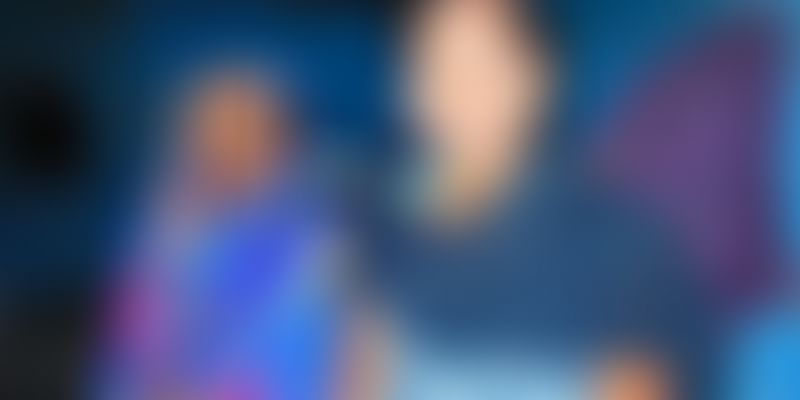 A nationwide ban has not been able to stop the practice of pushing young girls into the Devadasi system. The only way to protect them is to educate and empower them, says Dinesh Naik who runs an online campaign to raise funds for the cause.

Devadasi is an age-old traditional system in which young girls from the Dalit community dedicate their lives to a local deity/goddess, and are expected to lead a life in service of the goddess.

As part of the ritual, a ceremony is organised in which girls are dressed as brides and once it is over their clothes are removed by five boys. It is an oppressive practice where women and young girls are regarded as temple property and face sexual exploitation.

Although the practice is widely believed to have been abandoned decades ago, young women are still being pushed to the system. Recently, this practice was reported from districts of Chitoor in Andhra Pradesh and Tiruvallur in Tamil Nadu by some NGOs that forced the National Human Rights Commission (NHRC) to seek reports from the two states.

In Karnataka too the ancient practice still exists in some areas because of socio-economic factors and lack of enforcement of the law. Devdasis are mainly exploited because they lack education. So to empower these women Dinesh Naik runs a crowdfunding campaign to support education of children of Devadasis.

Dinesh, born and brought up in Chanthar Village in Udupi District, is a social worker for over a decade. Currently, he works in the CSR team of Hindalco, a subsidiary of Aditya Birla Group and looks after the rural development activities in the Belgaum district. Naik says the poor source of income, and law preventing open begging in public areas create a huge problem for these women to survive. “Around 85 percent of Devadasis are part of a sex workers’ network for their livelihood. Girls face the problem of trafficking, multiple partners, and desertion.”

He asserts that the tradition is still followed in the state but in a secretive manner. “Earlier the dedication used to take place on the full moon day festival at Yellamma temple of Savadatti, but now it takes place either a day before or after and is performed in the home, followed by a small pooja in the temple.” He adds that people follow the ritual because of blind belief. However, the percentage of women becoming Devadasis has come down. During his work, he got to know about Mahila Abhivrudhi Mattu Samrakshana Samsthe (MASS).

MASS, based in Belgaum district, is a membership association of former Devadasi women. It is registered as a society and at present, there are 3,628 members. It mainly works with the Dalit women with a focus on former Devadasi women and their children. These women work for social change in the midst of socio-religious biases and threats. There is lack of enforcement system to empower the Devadasi family. The only way to address this problem is to educate and empower girl children, says Dinesh.

The campaign supports education of children of Devadasis by reducing the school dropouts, and provides socio-psychological support to children through trained motivators, promotes higher and technical education, skill training to dropouts to sustain a decent livelihood and also provides special coaching to children for entrance exams for admission to Muraraji Desai Residential School and Navodaya Residential School.

In Karnataka, the Devadasis belongs to the Dalit community especially from Madiga and Kambale castes. Naik says there is a socio-psychological pressure on girls belonging to these communities. The focus is to provide education to girls of Devadasis and other Dalits in the three tehsils of Belagavi district - Atahani, Raibag, and Chikkodi.

These tehsils are drought-prone areas and share a border with neighbouring Maharashtra state. In search of livelihood, a lot of people migrate to Maharashtra. In these three tehsils, there are 215 girl children of Devadasi women and also 1,053 identified Dalit girl children who need education and socio-psychological support.

MASS has been working towards this cause but with limited support. The collected fund would be channelised through MASS to reach out to all the girls in need. The Village Learning Centre and Village Education Volunteers are focal points of the project. They operate in the villages, where there are identified former Devadasis, their children and even those who could be victims in the future. These volunteers provide training to children for continuing education and attending entrance exams for government residential schools. They also help children with psychological problems those who are school dropouts. To reach out to 1,268 children, estimated at Rs 5,000 per child, the campaign would require funds of Rs 63,40,000.

Naik says the fund would be mainly utilised for the maintenance of the learning centres and skill building centre, providing school materials and fees for children and expenses for counselling and health awareness.

Shakuntala is 15 years old and studies in the Government High School in Handigunda Village, Raibag Tehsil, Belagavi District. Her mother and grandmother were former Devadasis. Her mother is HIV positive and works as daily wage worker in the fields. She earns around Rs 3000 per month. Shakuntala says she wishes to become a school teacher, but is not sure if she would be able to realise her dream.

While the focus is to raise funds through crowdfunding, the campaign also aims to meet local industrialists, mobilise CSR funds, and government funds for skill centres and schemes. Once funds are collected, immediate attention would be given to provide coaching to children for entrance exams for admission to residential schools and also to re-start the learning centres that have been closed due to lack of funds.