The future of mobile payments in India 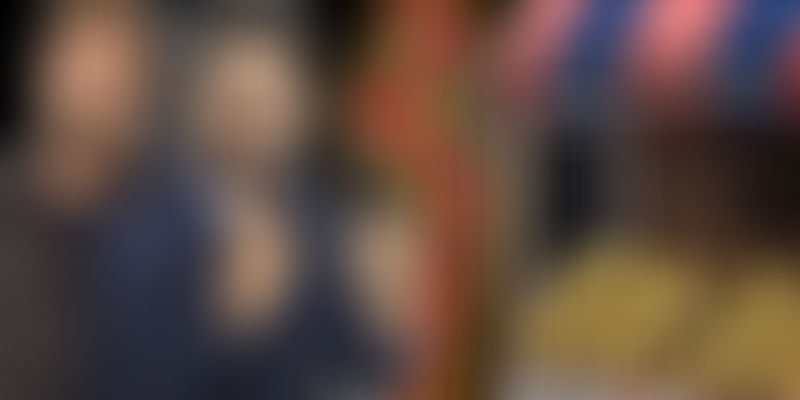 This article is brought to you by BitIndia.

When it comes to blockchain, India cannot be ignored. Why? It is a vast country with more than a billion people who not-so-recently experienced demonetisation. That's around the time that a large number of Indians began investing their money in Bitcoin and continue to own them now. This spike led some tech-savvy citizens to not only buy Bitcoins but do something with the blockchain protocol itself.

Not everyone who bought Bitcoins understood what they were putting their money into. But they had heard about 'Bitcoin millionaires' and didn’t want to miss the bus. Unfortunately, there was no shortage of those trying to make a quick buck by misleading those who didn’t understand the product or the investment implications, or risks. The upsurge was noticed by the government too, which was considering regulating it.

In the last twelve months, we have seen the ecosystem growing at a rapid pace. While there is still no clear policy or regulations with respect to cryptocurrencies, entrepreneurs in the country are making the most of the opportunity. Just like with the Internet, the opportunity is global. A two-person team in a tiny nation can build a something that a hundred-person team sitting in Silicon Valley cannot.

Genius is never restricted to a geography.

Blockchain has taught the world a method for strangers to collaborate with each other. It was never possible before. Since the dawn of humankind, we always had leaders to control us and resolve our disputes.

Several interesting things are coming out of India. And all of them aspire to become the biggest protocols in their respective segments in world. With blockchain, dreams do not have to be contained within borders and boundaries, be it geographical or communal.

The biggest disruption will be in very first and the most popular use-case of blockchain: an alternative to traditional money. Before you begin writing that hate email, allow me to explain with an example.

After demonetisation in 2016, the one company that saw unprecedented growth was Paytm, as did other e-wallets. That one company taught the country the advantages of digital money. It was the very first time that consumers were regularly spending money out of their Paytm wallets and earning 'cashback' to spend within the ecosystem created by Paytm. This ecosystem is exactly the same as the alternate economies that are created by blockchain and cryptocurrencies.

BitIndia is building a blockchain wallet for India that is due to be launched in April 2018. Like an e-wallet, this too will have its own ecosystem but instead of using a points system whose value is always tied to Indian Rupee, it will depend on the activity in the ecosystem.

I see no point in one wallet company competing with another wallet company to grab the larger market share. The true winner would be the one who can beat the very idea of cash instead.

In a country like India, where we value everything by its monetary worth, the sure-shot way to beat cash is to make money that is more valuable than cash.

Besides that, I believe that nobody understands the mindset of Indian consumers better than an Indian team. A crypto exchange and a wallet that would allow hundreds of millions of citizens to become part of the crypto economy will be a great leap for the entire blockchain community.

You will not find another country that is so diverse and yet so united.

To cater to the masses, you don’t only need to build the service but also educate them, and do so in the language that they speak . And there are more than a dozen major languages.

Of course, nothing worth having comes easy. Bringing the masses to blockchain would be, if not the most, one of the most challenging battles humanity would have ever faced. We now realise we don’t need hierarchy anymore. Of course, those who control economies and governments may not like it. Who loves giving up on power? Nobody. Certainly, they won’t either. It will be a tough journey.

Technically, blockchain and cryptocurrencies cannot be banned without banning the internet itself. But given that human beings don't always follow logic and even fewer follow technology, governments could potentially use human nature to dampen the overall adoption in a nation.

So what happens if a nation decides blockchain is illegal? While it would probably be impossible to identify everyone who owns crypto assets and put them behind bars, a move such as this could disincentivise merchants, businesses, and websites from advertising their willingness and putting put up a banner saying, “Cryptos accepted here.” When that happens, in my view, you take away an entire leg for an economy to stand on. Without merchants to accept crypto, its value proposition as a replacement for money goes away.

In India, there are no regulations around cryptocurrencies yet. There are rumours of both kinds - that the government don’t like cryptos and also that they are planning to bring in their crypto. Nobody knows which way the camel will sit. It can become an opportunity to put the nation as a forward-thinking one or remain an incumbent.

The future holds the answer. I, an Indian, look forward to knowing the answer with the same curiosity that the world does. Until then, there are entrepreneurs building some clever businesses in the space that I look up to.

DISCLAIMER The views expressed in this article are those of the authors and BitIndia and do not necessarily reflect the views of YourStory Media Pvt Ltd. Readers are advised that the contents do not constitute guidelines, recommendations or professional advice, and are encouraged to seek independent assistance before making any investment decisions.