How local weather stations can boost crop production in India 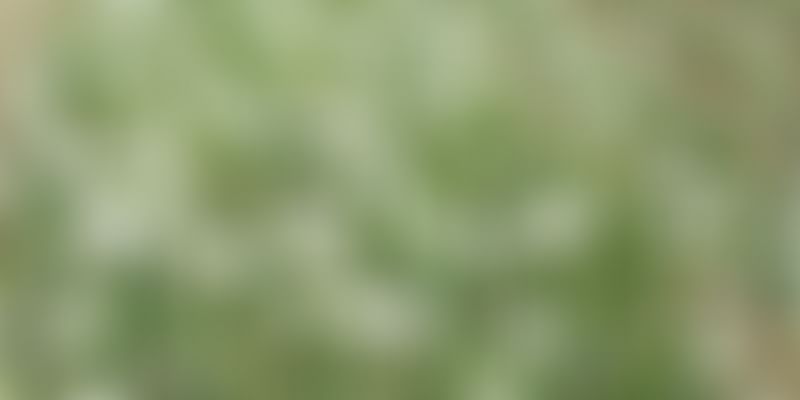 Area- and crop-customised agro-advisories in Sangamner taluka of Ahmednagar, Maharashtra, have helped farmers deal with weather-based events and minimise their related losses.

“In gram crops to control gram-pod borers, use pheromone traps.” While a statement like that most likely won't make sense to average people, it does to the farming community in the Sangamner taluka of Ahmednagar, Maharashtra. They have been trained to make sense of the agro-advisory provided by Vasundhara Sewaks.

Vasundhara Sewaks have been active in 25 villages where Watershed Organisation Trust (WOTR), a Pune-based NGO is implementing the climate change adaptation project supported by the National Bank for Agriculture and Rural Development (NABARD) and the Swiss Agency for Development and Co-operation (SDC). As a part of this, WOTR has set up an elaborate network of meteorological stations, one in each village. This Climate Change Adaptation Project deploys Vasundhara Sewaks who handle data collection, weather information display, preventive maintenance of the equipment and have been trained for the same.

For most tomato growers in this area, the turnout would not have been enough without the support of Vasundhara Sewaks like Sambhaji Jadhav. People in Jadhav's village cannot just get over the benefits of the automated weather station that he has helped set up. He has been motivating farmers on weather-based advisories and adoption of better farming methods based on this. This has helped farmers deal with weather-based events like sudden cold wave conditions or a rain spell, he says.

The area lies in the rain shadow area in the foothills of the Sahyadri range in the Western Ghats. Most of the villages have the suffix pathar like Sarole Pathar, Varudi Pathar etc. This is because the villages lie in the pathar (semi-arid region), a chronically drought-prone area. Most farmers here are faced with weather conditions that change very quickly even within just a few kilometres.

Crops like tomato that are grown here, are very susceptible to local pests and frost. Therefore, a weather advisory appropriate for a village 5km away may not be suitable here. The meteorological data that is collected by the Indian Meteorological Department (IMD) such as humidity, precipitation etc., is too wide-ranging and is not applicable to the micro-level situation. The generalised agro-advisories based on IMD data developed by experts don't help the farmers react in time.

The people in this area have in the last few years taken up activities like afforestation, plantation and, soil and water conservation with the support of WOTR. The programme has brought about many changes like the recharging of aquifers and land & drainage treatments. The yield of vegetables such as onion, and tomato have improved considerably; tomato from 45 qt/ha to 63 qt/ha following the land treatment. Agriculture now is more intensive and market linkages are better. The area is well-located at just five km away from the Pune-Nashik highway. People have hence been able to market the produce of tomatoes and onions in a better manner as a result. This has led to a wide-scale shift to cash crops.

A downside of this is that while people have adopted intensive high-input and hybrid seed-based cash crop agriculture, both these types are vulnerable to both climate change and market instability. Considering all this, the locals have been trained to interpret the daily weather data from the automated weather stations installed in the area. These meteorological stations were installed in remote villages that did not have modern communications systems until recently.

The area is considerably remote and is marked by unpredictable weather conditions. Though the people here are poor, they are more enterprising, willing to take risks, experiment and are better informed, says Jadhav. Farmers are seeing the benefits of the technology. More requests are pouring in from neighbouring villages for such weather stations.

Twenty-nine such automated weather stations have been set up in 25 villages in Ahmednagar district. Daily weather information is displayed on boards installed at panchayat offices and local schools. Information is collected on weather parameters such as rainfall, temperature, humidity and wind speed. The meteorological data is sent via SMS to WOTR’s servers. At the same time, WOTR also receives the three-day cluster-level weather forecasts from the Indian Meteorological Department (IMD) every day.

Based on both of these, forecasts are developed by experts drawn from the Agriculture Department and Mahatma Phule Krishi Vidyalaya, the local Agriculture University. This is helping farmers link their crop planning and operations to data obtained from the local weather station.

The agro advisory based on this is then displayed in vernacular language (Marathi) in the form of a wallpaper at public places such as Panchayat buildings or schools. The advisory is now limited to the five major crops in the area - sorghum, gram, wheat, tomato and onion. Pilot SMS service has also been set up with 300 farmers in 28 villages. Local language SMS service was set up and tested. Mobile phones are being used given the personal nature of the technology and its ever-increasing appeal to rural users.

Anecdotal evidence points to the success of these stations, the agro-advisories and most importantly, farmers have been sending positive feedback.