All you need to know about Shubhangi Swaroop, the Indian Navy's first female pilot 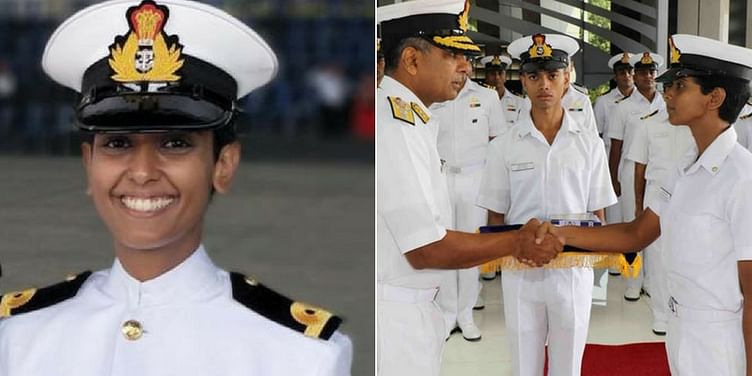 Seventy years after independence, Shubhangi Swaroop has made history by becoming the first woman to be inducted into the Indian Navy as a pilot.

Shubhangi, a native of Bareilly, Uttar Pradesh, was part of the first batch of female officers to graduate from the Indian Naval Academy, Ezhimala, Kannur. A biotechnology engineer from VIT, she is also a national taekwondo champion. Apart from making history, this achievement also holds personal value, for she has now followed in the footsteps of her father Gyan Swaroop, a serving Naval officer. In an interview with Deccan Chronicle, Gyan said,

Shubhangi looks forward to living up to the expectations of everyone around her. At the same time, she also hopes to inspire other women to want to join the Navy as pilots. Excited as she is, she understands the responsibility that comes with the position. According to The Times of India, she said,

"I know this is not just an exciting opportunity but a great responsibility also."