Starting from a garage in Kolkata, Wow! Momo has over 130 outlets in 9 cities 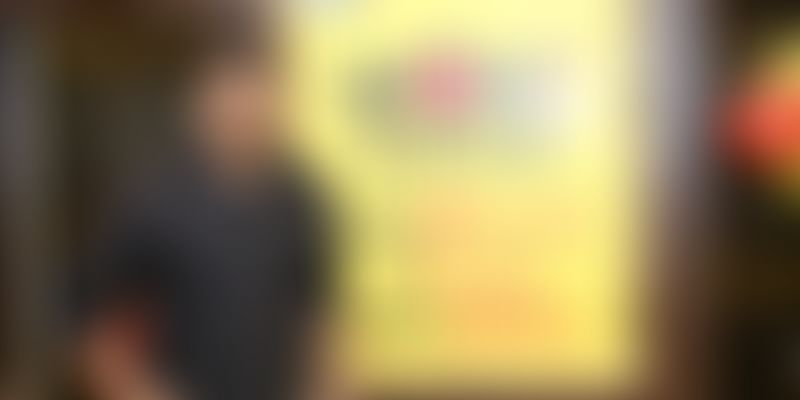 Sagar Daryani would spend many-an-hour doodling logos, and come up with alternatives for various well-known brands. Hailing from a middle-class family, though he was interested in the exercise of building brands, doing so seemed a distant dream due to lack of capital.

When Sagar and his classmate Binod Kumar Homagai were in the final year of graduation at St Xavier's College, they sure they would not pursue an MBA or study chartered accountancy.

“Unfortunately for us, we were very poor with numbers and to crack an exam like CAT, one needs to be good at Math. So, we knew we could not do well in CAT and get into a good B-School,” says Sagar.

During this time, they figured that apart from capital, another way to create a brand would be to build a best-in-class product. Ideating on business plans took up several study sessions and the common thread for them all was hunger pangs, often satiated by instant noodles or momos.

Momos instead of burgers and pizzas?

“It occurred to us that if we can have places selling pizzas and burgers, why could we not have Momo places?” says Sagar. This is how Wow! Momo was born.

Sagar and Binod started Wow! Momo with steamed momos, and soon came up with 12 different varieties, some of them being chicken, chicken and cheese, schezwan, and prawn. For vegetarians, the offerings include corn, and corn and cheese, among others.

Steamed momos were easy enough to do, so the team introduced a pan-fried variety. Momos were fried in different sauces making the offering spicy or sweet or sour, essentially flavours that would suit the Indian palette.

“We managed to Indianise momos. The pan-fried momos became a huge USP for us. The idea is that people take a bite, and say wow! Hence the name Wow! Momo,” says Sagar.

To set-up their first outlet, Sagar and Binod approached the supermarket chain Spencers to set up a stall. In the initial days, Sagar would wear a Wow! Momo T-shirt and approach every person entering the store, and ask them to sample the momos.

Fresh graduates, the duo had no resources and began with borrowing Rs 30,000 from their parents as initial capital. Sagar also managed to rope in part-time chef ­­Ramji KC who was working at a small restaurant in the city.

“Paying him a part-time salary of Rs 3000, we would get him to come to my father’s garage, which worked as a makeshift kitchen to make the momos for Wow! Momo,” adds Sagar.

In the early days, Sagar would begin his day at 5:30 in the morning and buy the raw materials like chicken and vegetables on his bicycle. To ensure the momos would be transported fresh, the duo would carry them in hot cases to Spencers.

“While coming back, since the crates were empty, we would walk to save money. Now we have a fleet of 50 vehicles. It has been a journey for us. We always believed that Re 1 saved was Rs 5 earned. We did quite well at Spencers and they noticed that, giving us another location in the best mall at Kolkata with the biggest Spencers.”

A plate of momos from Wow! Momo sells for Rs 40 and the second stall opened in Kolkata’s South City Mall four months after the first.

The South City Mall store marked a game changer for Wow! Momo. The team claims it moved from a revenue of Rs 50,000 a month to Rs 9 lakh. With the additional income, the team hired more people and invested in R&D for their products.

Forget the burger, welcome the MoBurg

Wow! Momo next decided it would deep-fry momos, and started charging Rs 10 extra for pan-fried momos and Rs 20 extra for deep fried momos. It was now about converting a snack into a meal.

Sagar adds the team was fascinated by how other fast food joints made burgers and pizzas into a meal and sought to do the same. They came up with the concept of Momo burgers, called MoBurg.

Two pieces of fried momos were put between burger buns and served with red sauce, green Dhaniya sauce and mayonnaise to make a burger.

Wow! Momo went on to build a small team around Chef ­Ramji, helping him to prepare the stuffing and with the folding. When it came to handling the store, it was initially only Binod and Sagar, but others were soon hired.

“I had this favourite Subway outlet in Kolkata, where I knew the employee who made my sandwich very well. I went there, offered him a job and recruited him immediately. When you get one good employee and offer him a chance at growth, you automatically enhance your brand in the eyes of other employees,” adds Sagar.

Initially, the Wow! Momo team did not focus on operation costs because the team knew its strengths, and wanted efforts to be directed towards building Wow! Momo as a brand.

“We did not focus on our backend. We realised that only if our frontend is strong, with sales being high and revenue coming in, could we invest in R&D. We played it very wisely, and took it one step at a time,” says Sagar.

After Spencers, the team approached Big Bazaar and Pantaloons. Today, Wow! Momo has over 130 outlets in nine cities. It works in a hub-and-spoke model with a central kitchen in each city. The company has over 700 people employed in backend productions, and over 900 people managing the storefronts. The team follows a standardised recipe and cooking methodology.

The food business is slowly picking up in India, and while investors believe the business is operationally intensive, some tested and proven models continue to thrive and grow.

Wow! Momo has also raised Series B funding of Rs 44 crore led by Lighthouse Funds and IAN at a valuation of Rs 230 crore. The company is also looking at an IPO in the next six to seven years. Currently, it aims to open over 1,000 Wow! Momo stores across the country.

Sanjeev Bikhchandani, founder of Naukri.com and lead investor in Wow! Momo on behalf of IAN since 2015, adds the company has sustained positive cash flows in geographies where it has achieved economies of scale.