How humans can coexist with nature: a tribal group in Kerala shows the way 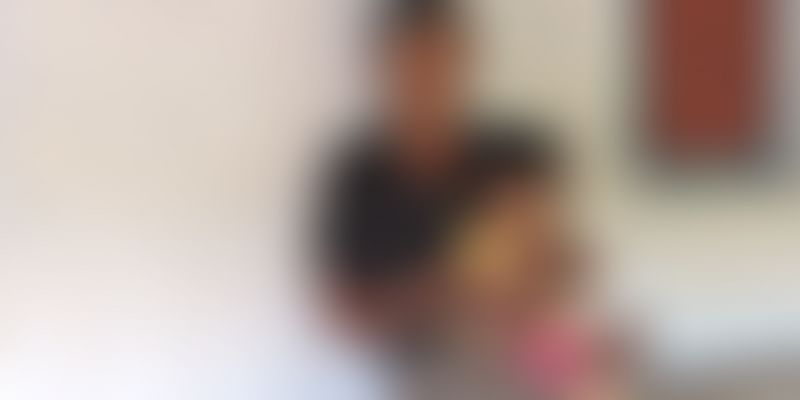 Considering themselves the supreme protector of forests, the Kurichiyas are setting a shining example of sustainability through their traditional knowledge and organic agricultural practices.

At about 20 kilometres from Kalpetta in Wayanad is Anneri, a tiny tribal hamlet that sits perched on the slopes growing pepper, paddy and coffee. A muddy off-track from the main road opens into a vast enclosure lined with traditional, thatched roof houses on three sides. In the open courtyard lie stacks of piled up hay.

This settlement in Anneri is home to Kurichiyas, one of the most important tribes of Wayanad, a biodiversity hotspot that houses 13 of Kerala’s 36 tribal communities.

Part of a self-sustained, land-holding community, the Kurichiyas live in joint families also called the tharavadus. Once a flourishing settlement with close to 80 people who provided for a solid labour reserve, Anneri is now left with less than half that number of people.

Even as reducing labour banks, rising self-interests and eroding legacies try to invade into their closely-knit matrilineal system, the Kurichiyas remain resolute to holding on to their roots.

Kurichiyas are among the few land-holding tribes that reside in the hills of Wayand. With their farming plots segregated into systematic upper and lower regions, their traditional knowledge and organic methods are best applied to storage and harvesting of seeds, crop rotation, rearing of cattle and fish and a replenished system of irrigation.

A narrow beaten path from the courtyard of the tharavadu trails one into the low-lying lands where Kurichiyas cultivate different varieties of scented rice, like chomala, gandhakasala etc. Patches of areca nut and bananas plantations also dot these many leveled lowlands.

A main water body also called the head pond (situated at a slight gravity gradient) caters to the water requirements of these crops. Operated by a manual wooden plank that is raised to adjust the amount to water flowing out, this pond also rears a type of fish called grass carp, the droppings of which act as fertile manure to the crops eliminating the need of any chemical pesticides.

Gangadharan from the Kurichiya community says the head pond is believed to have been there for over hundred years now.

When asked if he has ever seen it go dry, he says, Never, except once in 1987 when Wayanad faced severe droughts.

Behind this pond stands a “sacred grove” that mostly conserves endemic plants and trees. Colloquially called the kaavu, these many sacred groves worshipped in the Wayanad hills serve as revered spaces that preserve the biodiversity of the region.

Another ancillary pond, scientifically situated at the bottom of gentle slope is used to drain all the water into a catchment area that further recharges the groundwater tables.

Explaining the unique way Kurichiyas store their seeds, Vibin Das, a social scientist who has known these tribes closely, says,

The seeds are wrapped in hay and stored in way that they don’t germinate for close to three years in comparison to hybrid seeds that have a shelf life of only three months.

The Kurichiyas also vouch for a regular practice of seed purification where they cultivate different kinds of seeds to avoid cross-pollination of plants.

Their varied techniques of willowing and usage of green manure (made of just dried leaves and cow dung) are all unique and internationally acclaimed, adds Vibin.

Apart from being practitioners of organic farming, most Kurichiyas men and women are also skilled archers and trained hunters.

Earlier, the Kurichiyas used to prey on wild boars that attacked their crops. Apart from personal safety, this practice also helped the community fulfill their protein diet. However, stern rules against hunting have prohibited them from killing wild animals now, explains Vibin.

Back at the tharavadu courtyard, Gangadharan, who has trained many national-level archers, exhibits some of his skills. I then met 62-year- old Ammani and her toddler grandson. Married at the age of 18, Ammani has been a resilient witness to the changing times of life at the tharavad.

Ask her how the tribal ways of life have changed for women and Ammani reluctantly smiles,

Earlier, we never visited hospitals. Even childbirth and labour duties were carried out at home. But now, women mostly deliver in the hospitals.

As I go around the tharavad, I see an age-old drinking water well. As far as Ammani recollects it has never failed to yield potable water.

Vibin studied with many classmates who hailed from the Kurichiya community. "The social isolation among these tribes is very high. Many of my Kurichiya friends dropped out from school eventually. Each tribe worships its own local deities and ensures marriages within the same tribal community. They do not marry outside their tribe to forest dependent tribes like the Panniyas and Kattumanayaks", he says.

The Kurichiyas have largely been dependent on their organic paddy for sustenance. However, changing market demands and migrant influx has led them to also grow cash crops like pepper, cardamom and coffee.

According to Vibin, many Kurichiyas now opt to work outside than just contribute to their agricultural labour force. “Toady some Kurichiya women even do road construction as part of MGNREGA work”.

Though increased education levels and government reservations for jobs have often been cited as main reasons for Kurichiyas migrating to the cities, Ammani has ensured education for all her daughters.

The present generation does not show much interest in conserving and upholding traditional knowledge/methods. Rising self-interests have also led to our ancestral properties being split up into many small portions. Nevertheless, priorities change with changing times, opines Ammani, who might be holding on to the last vestibules of an intangible tribal lifestyle, that is specific to these Wayanad hills.

When questioned if she has any particular dreams for her playful grandson, Ammani shyly smiles again and says, “There are no restrictions as such. We want to encourage whatever he wants to become”.

While rising temperatures and recent deficient rainfalls are threatening to alter the biodiversity of Wayanad, the efforts of Kurichiyas striving to contribute the ecological semblance of this region are praiseworthy indeed.