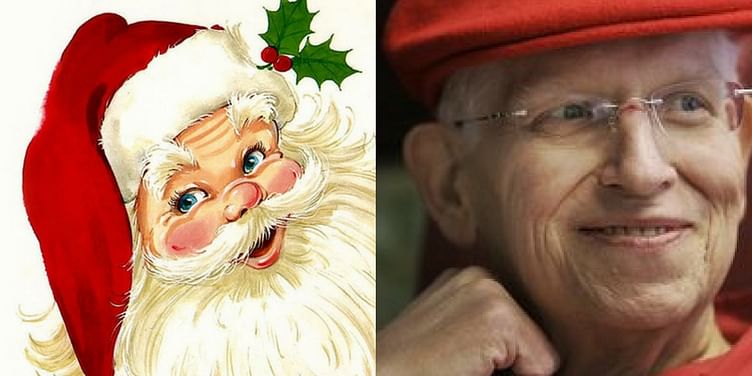 Who doesn’t like to open the door to find a gift box nestling a carefully selected book off your Amazon wishlist? Or maybe a cute bauble to adorn Christmas tree this year? Christmas represents a time when even the most stoic person amongst us warms up to idea of gifting. And the excitement is all the more heightened when you get a present but don’t know who it is from!

Where did Secret Santa come from?

Secret Santa is a fun game popular in schools and workplaces alike. The joy of getting assigned a person to whom you give a gift anonymously is coupled with the thrill of getting presents from an anonymous gifter yourself. But even as you play this game every Christmas, have you ever wondered who the original Secret Santa was? Well, it is no jolly round man with a white beard, but he did spread the spirit that is so paramount during this time of the year to people he came across.

Millionaire philanthropist Larry Dean Stewart is renowned for anonymously donating money to people on the streets each December. The primarily Western tradition of anonymous gifting during the holiday season stemmed from his idea to bring cheer to people during Christmas time.

Born on April 1, 1948, this American entrepreneur from the city of Kansas made it a practice to hand out cash in the form of hundred dollars to people in need. He earned millions from his business in cable and long-distance phone services.

It all began on a cold day in the December of 1979. Larry was hunched over a cup of coffee in a restaurant to distract himself from having to face the fact that he had been fired from his job. He was depressed because it was the second time in a row that he was fired right before Christmas. He then looked up and took in others’ misery. He noticed a waitress in a thin jacket in the drive-in, and realised how bad it must be for her to work, earning only dimes, during chilly winters.

Larry then resolved to wander the streets donating to needy each December. He donated nearly $1.3 million within a span of 26 years, and garnered a cult following once he revealed himself to be Secret Santa. Larry donated a total of $25,000, in the form of hundred dollar bills, to the residents of New York after the 9/11 terrorist attack.

He, unfortunately, succumbed to oesophageal cancer at the age of 58 in 2007. But he continues to live on in every loving gifting gesture made over the holidays.

After coming across this story, millions are motivated to contribute. Over the last few years, India has also jumped on the bandwagon and many are seen anonymously donating to various causes during this season.

Recently, Indian chef and restaurateur Vikas Khanna brought happiness to many in Pune by becoming their Secret Santa. Having been associated with Smile Foundation for seven years, he wishes to stay associated with India in a noble way.

Darshan Parekh initiated the ‘Twitter Secret Santa’ tradition in Mumbai, which has now expanded to other cities like New Delhi, Bengaluru and Chennai. Twitter users are requested to fill a form with their name and contact details, along with their wishlist for Christmas. Managed via Twitter, there is a coordinator assigned to each city who assigns participants the name of their ‘Santees’, and the game begins.

Even Microsoft co-founder and philanthropist Bill Gates is a part of this phenomena, and has consistently given gifts to people across the world. Once, he became the Secret Santa for a Reddit user Aerrix, and gifted her plethora of gifts- from Minecraft Edition Xbox One to a picture of her family photoshopped with his own image.

Larry has inspired millions all over the world to carry out random acts of kindness, making many aware of the social impact it can have.