From mentoring to encouraging mental health startups, Harsh Mariwala 2.0 is as busy as with Marico 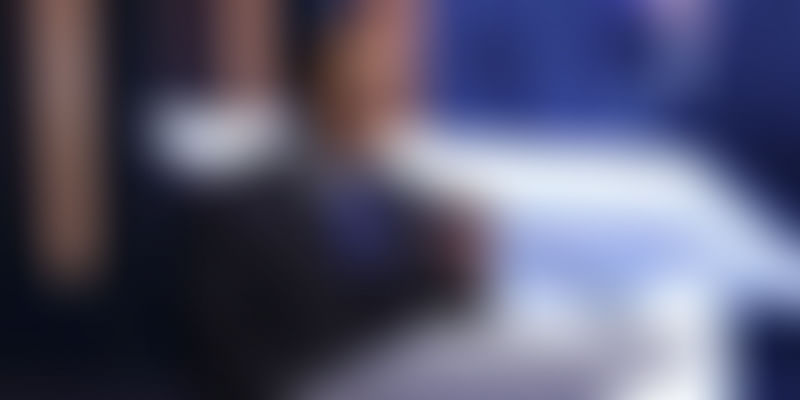 Taking a backseat from the day-to-day operations of Marico, Harsh Mariwala talks to YourStory on Ascent Foundation and the power of peer-to-peer learning.

For someone whose days are dominated by unicorns and decacorns, a chat with the founder of a company that commands a market capitalisation of Rs 40,406 crore is rare. And insightful. For another perspective, Harsh Mariwala’s Marico’s net sales for FY17 stood at Rs 5,917 crore, which roughly translates to $922 million.

It has been three years that Harsh took a backseat from the executive duties at Marico, a company he started over 20 years ago. One would think that after battling fast moving consumer goods giants Hindustan Unilever, ITC, Dabur India and Godrej Consumer, and establishing a firm footprint across Asia and Africa, Mariwala would sit back and relax.

However, that seems to be a far cry, as Marico recently set foot in the startup space, acquiring majority stake in male grooming startup Beardo.

Harsh, also has other ventures such as the Ascent Foundation, which promotes peer-to-peer learning. He also spends a significant amount of time with daughter Rajvi’s venture Mariwala Health Initiative, and works with the Marico Innovation Foundation.

Harsh also recently committed he would invest in organisations and startups that are part of the mental health scale up initiative.

The power of peer-to-peer learning

With time on his hands, Harsh is looking to give back to entrepreneurs and the society at large. In a phone conversation with YourStory, Harsh is a little reluctant to talk about Marico, but is enthusiastic about his work at Ascent.

“When we started Ascent five years back, we wanted to focus on helping entrepreneurs learn from each other by creating a peer learning platform. Starting in Mumbai with close to 325 registered members, Ascent understands that entrepreneurs have the power to create a massive impact, and add value to all stakeholders involved, and thus the society at large. If we help startups and entrepreneurs scale, it will impact and help the society.”

Funded by Harsh in his personal capacity, the Ascent Foundation works as a smorgasbord of different ideas, issues, topics and entrepreneurs. The idea is that entrepreneurs need to derive value from each other, and the different topics that are being discussed. “We don't need to know or manage the content. The focus is on creating the value and working as a facilitator,” says the 66-year-old businessman.

Over the past three years, Harsh has been in the periphery of the startup ecosystem. Last year, along with Hero Enterprises Chairman Sunil Munjal, Harsh invested Rs 82 crore in the fashion e-commerce platform Nykaa.

With a net worth of $2.2 billion according to Forbes, Harsh says, “As a family office, we do not invest in startups, but any investment made is in a personal capacity.”

After two decades of being firmly entrenched in the corporate setup, Harsh is now focussed on startups that he believes are disruptive, different, and those that create an impact on society.

“First-hand entrepreneurial experience is very powerful. As an early stage entrepreneur and startup, the diversity of views one can get from entrepreneurs of different sectors and stages can help scale the business. You may not follow all of the advice given, but it does give perspective. And this cannot be given by an investor or a mentor,” says Harsh.

Building a business, and the challenges of being an entrepreneur are not new to Harsh. When he took over the family business in 1971, it was known as Bombay Oil Industries. Over a span of 20 years, Harsh built Marico to where it is today.

“Key shifts that have taken place today would be in terms of disruptions in the technology space,” he says. It, however, is a different world than what it was in the 1970s. The ecosystem is robust, there is more technical talent, there is lesser brain drain.

“Even the government is giving good support and push. There is a lot more funding than was present earlier,” adds Harsh.

There is a long way to go when compared with Silicon Valley, but one needs to realise this, says Harsh. He adds that today, the key shifts are seen in digital businesses, where the overall emphasis is on customer acquisition rather than profitability.

Today, Harsh focusses a significant portion of his time on Ascent Foundation. He also meets young entrepreneurs, and discusses various challenges with them.

“Ascent has Conclave, a yearly event, as a part of its initiative. While there are 325 members as a part of Ascent at Conclave, the aim is to bring in entrepreneurs of different backgrounds in. On one level it is difficult to win in a business today, where everything is competitive and you need to create a good right to win. There can be learnings from old age businesses and traditional businesses also get to know more about new age businesses,” says Harsh.

Having built Marico, Harsh believes that as businesses grow, entrepreneurs need to make shifts in the way operations are handled. He adds many face challenges because they aren't able to scale, or learn to delegate, and there are several shifts that an entrepreneur needs to make at his or her own personal ends. Mariwala says,

“When you start a business you manage everything, and once you start recruiting talent, then the challenges is different. You need to learn to work as a team and coordinate, systems and processes need to be set. As an entrepreneur it is important to understand when an entrepreneur needs to let go.”