At Sherina Kapany’s SunStrategic, ‘women on top’ are not an exception but the norm 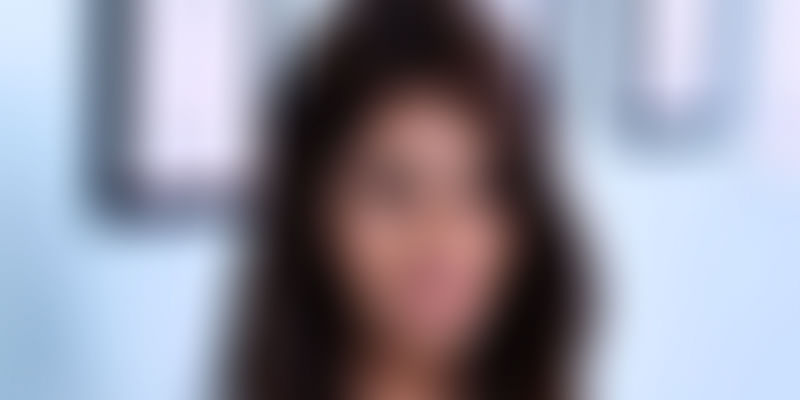 The founder of startup SunStrategic has built an all-women management team comprising many from less-privileged backgrounds.

“When the going gets tough, the tough get going,” may be an oft-repeated maxim, but it truly exemplifies the spirit of this woman who has survived many challenges to reach where she is, and empowered many other women to take life head-on and achieve success.

Sherina Kapany, Founder of SunStrategic, a digital marketing startup is not just a woman entrepreneur battling it in a man’s world. At her agency, ‘Women on Top’ are not just an exception but a norm.

SunStrategic boasts of an all-women management team. These are no ordinary women, and their journey to the top is not just about fighting gender discrimination and facing the glass ceiling. Their journey is filled with stories of abuse, violence, and exploitation.

“One woman came to us broken and battered, with a failed marriage. We took her on, ensured her safety, got her a new home and a good lawyer so that she could stand on her own feet. Another was fighting an abusive father. We sponsored her therapy sessions, trained her for nine months, and made her independent. These women and many like them head operations, human resources, content and procurement departments in my company,” says Sherina as she introduces what SunStrategic stands for, apart from doing business.

To know this entrepreneur is to know her story, one fraught with many personal struggles.

“I left for the US on a one-way ticket from Mumbai to study Marketing & Finance at the State University of New York. I juggled academics with three jobs at one time and hardly had any friends. I used to work with Ernst & Young at Washington, and take a flight back to school to study. I was chosen as the Student of the Year when I graduated,” she recalls.

An illustrious corporate career in the US followed — Sherina worked for top companies like Warner Brothers, Capgemini, Estee Lauder, and many others, managing teams of more than 100 people each time.

She decided to return to India in 2013 after living in the US for 14 years. The idea of giving back to society by empowering women had been on her mind for a long time.

In fact, Sherina reveals that she comes from a rich lineage where women were always given their due and supported in every endeavour.

“My grandparents served with the UN in Africa. My grandmother was the first in my family to leave Pakistan to study in Chicago. My grandfather at that time had been the founding member of the Punjab-Sind bank. He followed my grandmother to Chicago and became a janitor to support her through college and help realise her dreams,” she says.

On her return to Mumbai, she founded SunStrategic to primarily focus on HR consulting. “Personally, my passion lies in design, marketing, and branding. But it was a trying time as I went through a tragedy where I was extremely tortured, harassed and discriminated on a personal level for being an educated woman, and a woman who wanted to make a change on a professional level.”

A troubled and torturous marriage plunged Sherina into despair. “People were surprised because there was this perception that I was a strong, independent woman. While she may be an alpha woman to the world, it’s not surprising that she still brings in strong, traditional values. So, my commitment was extremely important to me,” she says.

While filing an FIR and fighting a criminal case in the process of divorcing her husband, her life took a 360-degree turn. “I came across women who were battered, bruised and had almost given up on life. They did not have the privilege of having a good education, open-minded families, or societal support. I started meeting these women in the family and criminal courts and decided to do something for them,” she adds, saying, “and thus started the circle of giving and receiving.”

During the course of her painful divorce, her confidence had plummeted to an all-time low. She joined a Barry John acting class where she met a 19-year-old who came from a troubled family and later became her first intern. Soon, SunStrategic brought into its fold a number of women who were rehabilitated and trained to become part of the management team, and who according to Sherina, brought to the table the willingness to learn and immense loyalty.

The company went through many ups and downs. “I lost a very big client because I did not attend one of his parties. However, I found it difficult to break the news to my team, and did not want them to lose their spirit. I approached many NGOs and worked pro bono for Guria, a non-profit that works towards the rehabilitation of prostitutes and their children. The client received Rs 10 lakh in donations after our efforts. It was only then I broke the news to the women that we had lost our client.”

Since then, there has been no turning back. The company has blue chip and Fortune 500 clients like Bajaj, Droom, Airtel, Cipla, and many more while also focussing on social commitments like developing educational content for children who study on the streets for the Ashapura Trust.

A bootstrapped company, SunStrategic employs a team of 30 and is looking to expand to 90 staff, and include more women from less-privileged backgrounds.

The will to fight, plenty of guts and a little craziness is what keeps Sherina going. “Once I put my mind to something, I make sure I achieve it,” she says.

“I want SunStrategic to be the next McKinsey of marketing. We are no longer a digital marketing agency. We will soon enter a phase where we will talk to institutional investors for funding. I have been blessed to have people to support me and I want to continue to hold a mirror for those who need help,” she says, signing off.

The circle continues as Sherina envelops more women into it, stringing stories of success that come with grit and determination.