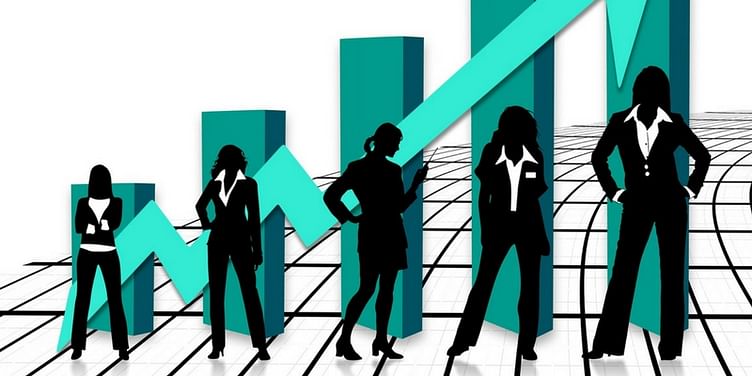 Earlier this month, ‘feminism’ became Merriam-Webster’s Word Of The Year. That’s a sign of just how much we spoke of equality and empowerment over the course of 2017. Of course there were naysayers, and of course, a lot of work remains to be done. But for once, feminism and women’s issues became part of the mainstream discourse. It found purchase in erstwhile unlikely places – entrepreneurship summits, Bollywood and Hollywood interviews, and in living rooms of our homes.

We are at a point where organisations are starting to do their bit for gender inclusion and diversity, men in our offices are being sensitised to inclusive workplaces, our spouses and fathers are being lectured on the pointlessness of gender roles, and men in corner offices are starting to get pulled up, named, and shamed for sexual harassment and inappropriate behaviour. This could be a turning point, or at least we hope it is. That being said, a lot of the feminist movement is about shedding our own conditioning and taking a stand, knowing all the while that it is going to ruffle some feathers and that that is all right too. Shedding conditioning is a two-way street.

So what’s the way forward? Well, since we’ve done our bit in waking the system up from its perennial slumber, now it’s time to keep pace with the momentum. Change starts with us. Firstly, the compromising and conceding ‘anything-flies’ attitude must go at all costs. There will likely be strong opposition or just plain inertia on the part of people in positions of power. Hence, this change is not going to come fast enough if we don’t sit up and demand what is rightfully ours. That is the focus of this piece – that the time for sitting up and demanding equal footing is here. Whether it be gender parity, mentorship programmes, or leadership roles, the demand for fair and equal treatment should be in unison and must resonate with industry segments and fields.

Above all, do not allow this fire to die, but keep fanning it to rage. So if your organisation refuses to mend its ways, call them out. The time is here to tell our peers, bosses, and leaders that nothing less will work.

Be heard – loud and clear

Workplaces are about collaboration, and speaking up and sharing ideas, thoughts, and perspectives are the only ways to achieve it. Men or senior women may or may not consciously and proactively make space to include your voice in decision-making. So the next best thing to do is to not wait for them. Here clarity of thought and composition of the argument is what will help you break through the echo chamber. Since most of your peers – both men and women – are victims of age-old conditioning, it will be hard not to let mansplaining come in the way and circumvent the topic or discussion.

So be authoritative, but don’t let your emotions twist the discourse into an emotional rant. We are doing nobody any favours, least of all ourselves, by not bringing our fresh ideas and diverse opinions to the table.

Take your rightful share – of conversation, wage, and promotions

Many women often go through life relegating all of their skills and achievements to luck, chance, and coincidence. Women are not conditioned to gloat about themselves. While gloating is not pleasant, it is unfortunately also sometimes necessary. For if you don’t talk about yourself and the work you do, no one else will either. Most professionals are constantly fed the adage of letting their work do the talking, but a few subtle reminders to the team about your achievements every now and then won’t hurt anyone. The best of us fall prey to impostor syndrome. But women need to start wearing their achievements as badges for everyone to see, especially if it is a means for some limelight to be shed on our contributions and further the gender equality discourse.

We live in a society where the entire onus of childcare and elderly care falls singularly on the shoulder of the women of the household. Work too is more demanding in our culture than several others. Our support systems are pretty much non-existent. That means that we need to build one for ourselves. Delegate, co-opt others at work for help and support and ask for help at home too if it is not always forthcoming. No matter what women have been led to believe, it is just not humanly possible for them to make everything their responsibility. It is time women realised this themselves and found the help and support they need.

Support and mentor other women

Years of putting up with misogyny and antagonism at workplaces left many women professionals with no option but to remain mum about their treatment. In a way, it was mostly forced retractions towards gender parity. But times have long changed, and the conversation isn’t in diluted murmurs anymore, it is a raging debate. So, older women and senior women professionals need to see that while a lot may have changed on the surface, we are all yet to shed our deep-seated patriarchal conditioning. Instead of judging younger women’s demands for safety, flexibility, and work-life balance, we need to be able to help them articulate and achieve them. Rather than pulling up our women teammates for having a life and responsibilities outside of work, we need to tell them we understand.

We need to mentor young women in speaking up and claiming their rightful share of credit and wage. Among peers too, this mutual support is important. We should find it easy to empathise with other women at work who are in similar life and career stages. Having each other’s backs could mean more solidarity and support – for all of us – than we realise.

Feminism may have been the word of the year, but so much work remains to be done. Our hope for 2018 is that the needle will move from well-known platitudes about gender inclusion to actual equal footing for all. Let’s demand it, and let’s make sure we get it. Here’s to better times ahead!