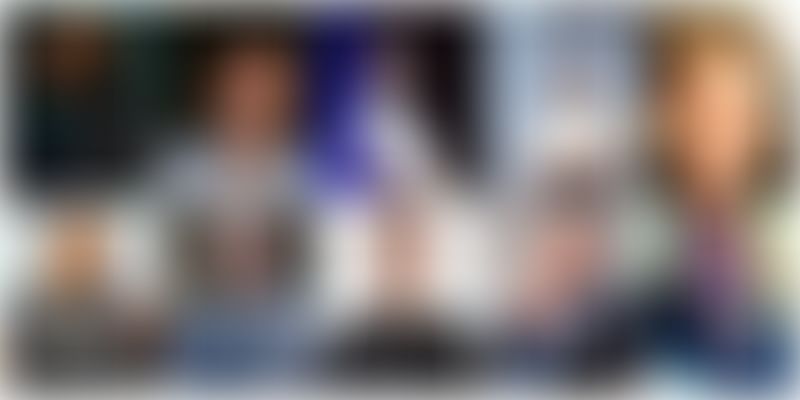 Bitcoin and other cryptocurrencies were among the most newsworthy topics of 2017. Unpredictable price fluctuations, ICOs, government interventions and acceptance of these new currencies, expert opinions from economists, cyber attacks, and more, made the headlines for much of last year. But one thing that got overshadowed, or at least didn’t get all the attention it deserves, in this brouhaha is the core technology behind cryptocurrencies – blockchain.

Presently, cryptocurrency is the most popular application of blockchain, but both the technology and the currency system are still in its nascent stages. While most of the world is busy treating these virtual currencies as a ‘get-rich-quick-scheme’, there are several people who are pushing the underlying technology forward in terms of both adoption and innovation. Innovators and investors aside, there are also several businesspersons who are trying to broaden the application of blockchain within the paradigm of cryptocurrency, by implementing it in conventional industries and markets. Here are some of the most prominent figures in the business world who are at the forefront of blockchain technology:

As CEO and chairman of online retail giant Overstock.com, Patrick Byrne bet on Bitcoin much before it ever went mainstream. Despite his company being publicly traded on Wall Street, Byrne has spent many years accusing the institution’s brokers, analysts, and regulators of widespread corruption. Byrne strongly believes that the economy should rest in the hands of the people and not some central authority that can manipulate it on its whims.

To this end, fearing another economic collapse, à la 2008, due to current financial practices, Byrne decided to accept Bitcoin payments on Overstock.com in 2014. This move made the Salt Lake-based company the first major online retailer to do so.

Jamie Dimon is the billionaire CEO and chairman of JPMorgan Chase, which is the largest bank in the USA. A prominent figure in the world’s financial circles, Dimon has a unique stance on Bitcoin – he is a strong proponent of the blockchain technology upon which Bitcoin is based, but he labels the currency itself as a ‘fraud’. He even threatened to fire any of his bankers who traded in Bitcoin, saying that “if you’re stupid enough to buy [bitcoin], you’ll pay the price for it one day.”

However, his company is a key member of the open-source blockchain initiative called The Enterprise Ethereum Alliance and has developed its own blockchain dubbed ‘Quorum’ on the Ethereum network. Besides this, JPMorgan has also launched a blockchain-based system called the Interbank Information Network in association with two other banks in a bid to drastically reduce global payment transaction speeds.

An industry veteran with high-profile stints at AOL and Yahoo under his belt, Brad Garlinghouse now plays a key role in the cryptocurrency community as the CEO of Ripple. Unlike most cryptocurrencies that exist today, Ripple is geared mainly towards banks, payment providers, and digital asset exchanges rather than towards individuals. The fintech company uses blockchain technology to streamline cross payments, which Garlinghouse states are a ‘multi-trillion-dollar problem’, by enabling banks to transact instantly and directly with absolute certainty.

Abigail Pierrepont Johnson is among the strongest proponents of blockchain technology and cryptocurrencies in financial circles. As Chairman and CEO of Fidelity Investments, one of the largest private companies in the US, she is in a unique position to drive the innovation she wishes to see in the burgeoning industry. As such, Fidelity has joined the innovation-focused blockchain group IC3, made the bold move of venturing into cryptocurrency mining, and has exposed its customers to the world of cryptocurrency trading.

Speaking at Consensus 2017, Johnson called on the community to band together to overcome hurdles while reminding them that “blockchain technology isn’t just a more efficient way to settle securities – it will fundamentally change market structures, and maybe even the architecture of the internet itself.”

Joseph Lubin is a serial entrepreneur who has done a lot to broaden the scope and application of blockchain technology in the last few years. In 2014, as the COO of Ethereum Switzerland, he was at the helm of the company as it worked to extend the capabilities of blockchain beyond Bitcoin by including smart contracts and allowing program storage on the network. He was then instrumental in creating the Ethereum Foundation – a non-partisan industry group that currently manages the Ethereum infrastructure. Lubin, who has often said that Ethereum will “impact every aspect of our existence”, then founded a blockchain-based software company called ConsenSys in 2015. Today, ConsenSys is involved in several promising projects with companies like Microsoft and Deloitte.

Erik Voorhees first adopted cryptocurrencies as early as 2012, when he started an online gaming site called SatoshiDice, whose players paid in Bitcoin. Voorhees then went on to create a global trading cryptocurrency trading company called ShapeShift under the pseudonym Beorn Gonthier (he was revealed as the company’s CEO in 2015). The Switzerland-based company is a pioneer in the market due to its unique operating method which allows users to exchange one cryptocurrency for another without creating an account or depositing their funds into the company’s accounts.

The holder of a PhD in distributed systems from Princeton, Muneeb Ali is one of the Co-founders of the open-source software company Blockstack. The company aims to cut out ISPs, whom Ali calls ‘untrustworthy middlemen’, and grant internet users complete ownership of their data. Blockstack was the first company to implement a decentralised DNS system on the Bitcoin blockchain in 2013. This year it has released its own browser which allows users to access a ‘new internet’.

Rodolfo Novak is a Canada-based entrepreneur who co-founded a bitcoin banking and storage platform called Coinkite in 2013. Novak and his co-founder Peter Gray identified the potential for the cryptocurrency early on but were aware of the difficulties that had to be overcome before it could gain mainstream use. “When the Internet started, nobody understood how to send emails,” Novak said in an interview in which he explained his company’s goal to simplify the process of using bitcoin.

Since then, Coinkite has become quite popular in the community, and has recently even launched Opendime, which is a USB stick that allows users to ‘spend Bitcoin as if it were a dollar bill’.

Francis Pouliot is a ‘cypherpunk’ entrepreneur who holds key positions at two Montreal-based, blockchain-focused companies. A former economist and policy analyst, in 2013 he founded Satoshi Portal – a company which develops, operates, and implements Bitcoin-based financial services and applications for clients. Pouliot is also a co-founder and head of research at Catallaxy which provides blockchain solutions and support to businesses that want to leverage the vast scope of the new technology.

Balaji Srinivasan is an early believer of blockchain who invested in cryptocurrencies much before they gained mainstream traction. He co-founded 21 Inc in 2013 and the company quickly made waves for raising $121 million in funding (the most for any bitcoin company at the time). The first product launched by 21 was a Raspberry Pi-based bitcoin mining computer, followed by a Mac- and Linux-compatible software. The company then diversified and launched a unique system wherein people could pay in bitcoin to contact prominent personalities via email. 21 Inc, which now goes by Earn, also launched ‘21 Lists’ – which allows individuals to earn bitcoin by replying to targeted emails from businesses – in May 2017.

There are several other companies and business persons, such as James Gorman of Morgan Stanley, who find blockchain to be a promising technology but are yet to adopt it. However, as time goes and blockchain use becomes the norm rather than the exception, more figures are certainly going to get involved in further business ventures related to the technology.