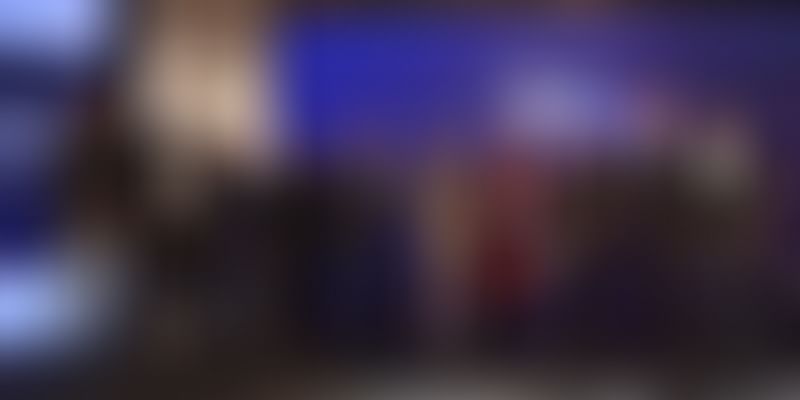 This story is sponsored by Lufthansa Runway to Success.

Eight years ago, Lufthansa, The Indus Entrepreneurs (TiE) and ET-NOW got together and embarked on a journey to create the Lufthansa Runway to Success, a platform and TV show that celebrates the spirit of entrepreneurship in India. Over the past few years, the programme has provided startups and SMEs with a global stage to showcase their business potential and talent, along with the best of mentorship.

Four seasons and 65,000 applicants later, the fifth season of Lufthansa Runway to Success ended on 20 January 2018, in an exciting grand finale that aired on ET Now. Beating 21 other shortlisted contestants was Deep Bajaj, Co-founder of PeeBuddy. The young entrepreneur walked away with top honours thanks to a display of sharp acumen, unique vision, determination and passion. The grand prize includes sponsorship to a business programme at the prestigious Cambridge University in the UK, a Lufthansa Business Class ticket to any destination in Europe, as well as a much sought-after mentorship from TiE.

Speaking at the finale, Wolfgang Will, Senior Director, South Asia, Lufthansa Group, said, “Lufthansa is delighted to have facilitated a truly game-changing ecosystem for young men and women exploring exciting new vistas in a global India. Season 5 has been our greatest season yet! Not just in terms of numbers and reach, but also the quality of contestants. Together with its free multi-city mentorship camps and the Startup Expo, the platform has brought together a collective universe to catalyze the young entrepreneurs fuelling India's economic engine. It leaves no doubt that Lufthansa Runway to Success has become a powerful nationwide movement today.”

The road so far

Added Geetika Dayal, Executive Director, TiE Delhi-NCR, “The excitement was palpable across all the 10 TiE Chapters in India that participated in the mentoring camps and application process of Runway to Success. Not only the number of applications grew significantly, the regional spread also grew. We were pleasantly surprised and gratified to see the diversity of ideas which makes us great hope for the promise of a better future for our country. Clearly, Runway to Success has lit a fire which we will work tirelessly to ensure that it burns bright and ignites the passion of many more.”

This year, the jury went ahead with four entrepreneurs for the finale instead of the usual top three given the calibre of the contestants. The judging was based on four rounds which evaluated the teams, customers, revenue model, market size, and uniqueness of their idea. Background checks were also carried out and the year of establishment was verified.

The four finalists to finally face the jury were:

The finale of the fifth season had one of the most inspiring business leaders in the country as the Chief Guest - Sanjeev Bikhchandani, Board Member, TiE, Delhi-NCR and Vice Chairman at Info Edge, the parent company of Naukri.com and Shaadi.com. The jury also included some of the biggest names in the ecosystem - Girish Shivani, Executive Director and Co-Founder, YourNest Venture Capital, Alok Mittal, Board member TiE Delhi-NCR, Saurabh Srivastava, Chairman Emeritus, TiE Delhi-NCR, and Alexander Schlaubitz, Global Vice President of Marketing at Lufthansa.

In the deciding round, the four entrepreneurs were given half an hour to go through a case study, based on which they had to make a few important strategic decisions – including whether or not to partner with the larger chain. The answers left the judges with a tough decision to make, before they chose Deep Bajaj as the winner of Lufthansa Runway to Success Season 5.

On winning the title, Deep said,

“Lufthansa Runway to Success has been an enriching experience and will continue to inspire me on the journey of my entrepreneurial dream. I would like to thank Lufthansa for providing me an opportunity to share my vision, business ideologies with noteworthy business icons who have guided and inspired me on my entrepreneurial journey. I would also like to express my gratitude to the jury members for having chosen me as one of the most promising entrepreneur of the year.”