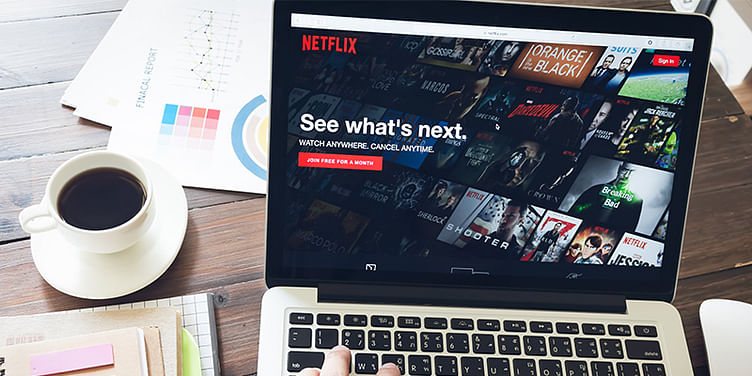 The online video-streaming market in India exploded last year with global giants like Netflix and Amazon Prime Video jostling for eyeballs alongside homegrown Hotstar, Voot, Sony LIV and others.

However, not every service has been able to notch up great numbers in an increasingly cluttered space. Netflix, which is out to end cable television or “cut the cord” in the world, has garnered only five million subscribers in India, a study by Counterpoint Research reveals. That is a blip in its 100-plus million-user universe.

Hotstar, on the other hand, boasts of 75 million users and is the leading over-the-top (OTT) player in the country. Prime Video (that comes bundled with Amazon’s Prime service) has 11 million, while Viacom 18-owned Voot and Sony Television’s LIV have 15 million and five million respectively. These make up the top five video-streaming services in India.

In just a year of Netflix and Prime Video’s existence here, the market seems to have witnessed a segmentation between ‘premium’ and ‘mass’ offerings. Netflix is clearly premium, both in pricing as well as its HD-4K video offering. Hotstar is the mass favourite, riding on a robust bouquet of Indian language shows and films, and the most important cog in the wheel -- live sport. Amazon Prime Video lies somewhere in between with a moderately priced subscription plan (Rs 499/per year until recently). Voot is entirely advertising-driven, while Hotstar and Sony Liv operate on the freemium (part-free and part-paid) model.

In fact, Netflix is in the fifth spot (after Hotstar, Voot, Prime Video, and Sony LIV) in the pecking order, primarily because of its steep pricing and limited local content. The most basic Netflix plan is for Rs 500 a month and it allows you to stream on one device only. In comparison, a Hotstar monthly subscription is available at Rs 199, while Amazon’s 499-a-year plan bundles free shipping of goods, one-day deliveries, and Prime shopping benefits along with a full-fledged video-streaming service. No surprises then in what price-sensitive Indian consumers opt for.

“So far, Netflix has focused on pushing its global content such as House of Cards, Orange is the New Black, Master of None, Stranger Things, Narcos, Daredevil, etc., to Indian subscribers. While it has made significant progress in adding regional content, it still has a lot of ground to make up for competitors. Players such as Hotstar and Voot have higher access to Star India and Viacom 18 media libraries. It, therefore, makes more sense for them to leverage their strength to penetrate the Indian market,” Hanish Bhatia, Senior Analyst at Counterpoint Research, stated.

The report further reveals that Indians largely prefer free, ad-supported networks as opposed to the West’s focus on high-quality, uninterrupted, ad-free viewing. Hence, out of Hotstar’s 75 million, less than five percent are paid subscribers while the rest are free hoarders with limited access to the content library. However, Hotstar continues to enjoy massive viewership riding on live cricket.

In IPL, one of the most lucrative sporting properties in the world, Hotstar records 2.8-3 million concurrent users. And IPL is free viewing. So are all other India cricket matches streaming on the platform. Hence, the ‘need’ to upgrade to a paid plan might not exist for several viewers.

For Netflix too, only about 6-8 percent are paid subscribers. It implies that most users sign up for the first free month and then cancel their subscriptions before they can be charged. For Amazon though, all 11 million are paid subscribers since they have to pay for the overall Prime service in order to access the online video (and soon-to-be-launched music) library.

Competition in the space will intensify going ahead as more channels and production houses launch their own streaming services. But the opportunity to grow will skyrocket as well as millions of Indians will take to video-streaming services for the first time riding on improved connectivity and the affordable smartphone revolution. Counterpoint estimates that the market currently valued at $280 million will grow at 35 percent year-on-year. The show has just begun!