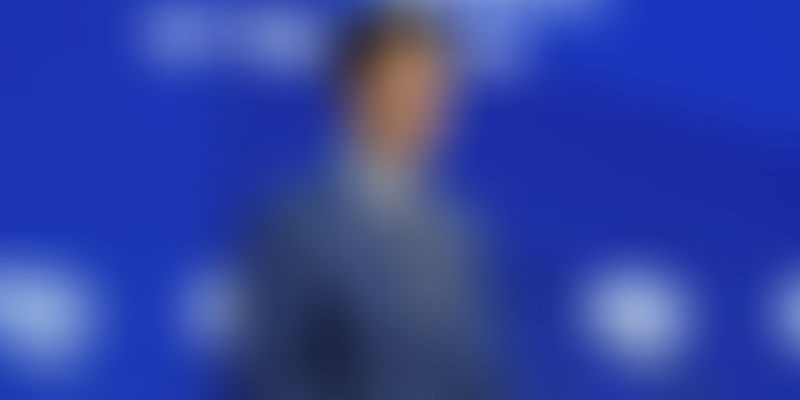 Known to be a proud, staunch feminist, Justin Trudeau did not take this twenty-minute opportunity at the prestigious Davos podium lightly. Constantly mindful that he was in a position - literally and figuratively - that the world takes note of, he made an impassioned speech about something that was on top of his agenda as a national leader and global influencer - working tirelessly and unbendingly towards closing the gender gap.

What’s more - he did not bide everyone’s time offering up mere lip service for the cause. Rather than spewing statistics about the gender gap and merely acknowledging that we have a systemic problem, he made a well-rounded argument about why the problem exists in the first place and provided tangible, actionable solutions that can be replicated at a global level to bring about a grassroots-level change.

Here are some of his most pathbreaking takeaways from his memorable speech:

Knowing that he must open by speaking in the language that the forum he was addressing understands best, he outlined some hard-hitting facts. The findings of a McKinsey report that estimates that narrowing the gender gap in Canada could add $150 billion to our economy by 2026; a Peterson Institute for International Economics finding that stated that increasing the share of women in leadership positions from 0 percent to 30 percent translates into a 15 percent boost to profitability, and lastly, a recent estimate that economic gender parity could add $1.75 trillion to the United States’ GDP.

Backing it up with gleaming case studies from back home, he stated, “Much of the economic and labour force growth we have experienced over the last many decades, was because of women entering into – and changing – the workforce. Organisations with women on their corporate boards and in key leadership positions perform better than those without.”

He stressed on the need of a policy-level push on the part of national governments, in order to finally close the pay gap that persists between the genders for the same kind of work. “When we talk about getting more women into the workforce, the issue of pay equity comes up – and it should, it’s vitally important. In Canada, we’ll be moving forward this year with legislation to ensure equal pay for work of equal value at the federal level,” he noted.

Trudeau acknowledged that the pay gap is merely one of the symptoms of the larger problem - and that to completely eradicate discrimination against women, one must dig deeper and understand why phenomena like the pay gap exist and abolish those systemic barriers as well.

“Our own government’s pay equity efforts, while important, are still just a first step. Because equal pay for women does not mean equal opportunity, or equal treatment, or equal sacrifice. Paying a female employee the same as a male employee doesn’t even begin to touch issues around family planning, promotions, or job security. Women do more part-time work, and more unpaid work, than men. When we dig a little deeper, when we peel back that outer layer, we see that there is a whole host of barriers facing women in the workplace,” he informed the audience.

The need for affordable childcare

One of the many loose ends that must be secured in order to create an over-all conducive environment for women, to thrive, according to Trudeau, is affordable child-care. “It’s time to take a serious look at parental leave and child care policies. We should be encouraging women – and men – to make the best decision for their family situation. In Canada, we’ve given parents more options for parental leave and invested billions in affordable, high-quality childcare. We also introduced a really successful child benefit programme that gives middle-and low-income parents more money every month to help with the high costs of raising kids. And since the Canada Child Benefit gives more money to those who need it most, the financial impact on single mothers ‎has been significant,” he recounts.

Last year, nearly 90 percent of single mums receiving the Canada Child Benefit earned less than $60,000 and received about $9,000 in total benefits, tax-free. “Helping those families has been a key driver of Canada’s recent economic growth,” he added.

'How' to bring more women into the workforce

In Trudeau’s opinion, the leadership must exhibit a vigorous willingness to be more inclusive – and “change the nature of work as we know it.”

Illustrating how he used that approach while instating his cabinet, Trudeau mentioned that when they endeavoured to create the world’s first gender-balanced cabinet, they faced resistance, but his woman ministers like Chrystia Freeland and Maryam Monsef, “are serving the country with great distinction, and have elevated the level of decision-making and debate for everyone.”

The importance of an intersectional approach

Stating that gender diversity is one box – but true diversity can only be attained when a conscious effort is made to overcome the very many layers of discrimination women further undergo, on the grounds of their race, religion, sexuality, socioeconomic status, etc. “We have to recognise that aspects of intersectionality are always at play, and require special attention. Here’s an example: In 2016, among women who were newly appointed to the boards of Fortune 500 companies, 77 percent of them were white. These are just a few of the ways that women are even further discriminated against,” he noted.

“And finally, folks here is a really big one,” he starts to say.

As the ball drops on the glaring issue of sexual harassment – Trudeau asks people in power not to lose steam over the issue, that has been generated so nimbly and rapidly through magnanimous global-level movements like Me Too, Times Up, and the Women’s March.

“These movements tell us that we need to have a critical discussion on women’s rights, equality, and the power dynamics of gender. Sexual harassment, for example – in business and in government – is a systemic problem and it is unacceptable. As leaders, we need to act to show that truly, time is up. We must each have a well-understood, established process in place to file allegations of workplace harassment. And when we receive those complaints, we must take them seriously. As women speak up, it is our responsibility to listen, and more importantly, to believe,” he says.

According to Trudeau, governments and corporations are entrusted with a platform and a voice – and he urges them to use it.

“More women in leadership positions won’t just grow our economy, create jobs, and strengthen our communities. It will also lead to innovation and change in the workplace – innovation, and change that workers so desperately need. Right now, we are in real danger of leaving to our kids a world that is less fair than the one we inherited from our parents. Folks, treat these not as piecemeal alternatives to how things currently run. Treat these examples as a fundamental, essential shift in the way we operate,” he said, signing off.