Meet Raipur’s 5am Army: A bunch of determined officials and volunteers who made their city open defecation free 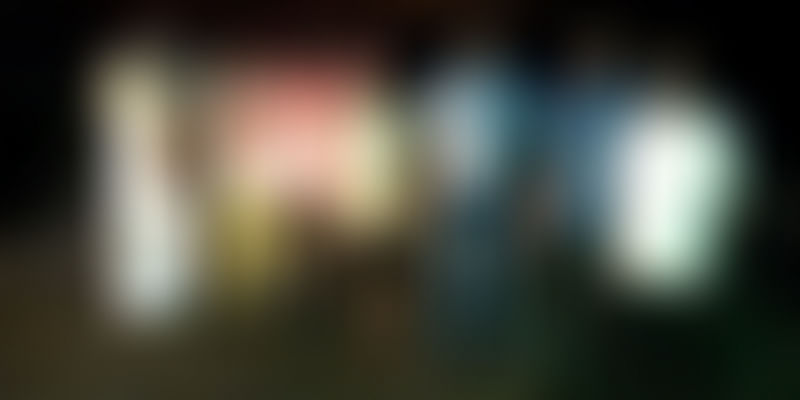 In a mass movement, over 500 people from different walks of society strived to ensure that open defecation was eradicated from the budding smart city.

5AM Army - a name that might, at first, conjure an image of a group of early morning joggers or yoga enthusiasts. However, this one is different. Equipped with torch lights, whistles and cameras, this dedicated group goes around picketing different areas in Raipur, picking on people who choose to defecate in the open.

Choosing to call themselves the 5am Army, they brave the winter chill and mist to achieve a larger goal- to wipe out the awful practice of open defecation from the state capital Raipur.

Established in August last year, the relentless efforts of this group have resulted in the city being declared as Open Defecation Free (ODF) by the Gram Panchayat on December 21, 2017.

A brainchild of the officials of Raipur Municipal Corporation (RMC), this initiative intended to educate people and make them aware of the hazards of open defecation.

Speaking of this rather unique campaign, Rajat Bansal, the Commissioner of RMC, says,

For most city dwellers living an affluent life, open defecation is a matter to be ridiculed. However, there are many who still practise it every day, even in our cities. Our aim was to identify such people in various open defecation spots across Raipur and go about changing their mindsets.

“We did not just target people from the slums along the railway lines who indulged in open defecation, but also acquainted civilians (belonging to the middle, upper classes) living in the surrounding areas of these settlements about the hazards they are likely to face due to a few people practising the same. And this made the real difference,” adds the 29-year-old civil servant, who led the team from the front.

Civic engagement is the key

Comprising both RMC officials and volunteers from the civil society, the 5am Army met in the wee hours daily, spread across in smaller teams and went around patrolling various open defecation sensitive spots. However, the campaign had its own set of challenges to meet before the enterprising smart city, Raipur was actually declared as ODF.

We usually started at 5am and finished our inspection visits around 8am. However, people who observed this changed their time and chose to defecate in the open after these hours. This led us to identify few young volunteers from within the community who could keep a better tracks of such incidents, explains Ashish Tekari, Additional Commissioner at the RMC.

Apart from the volunteers, the RMC also targeted school children, people who regularly go on morning walks, Anganwaadi workers etc., to help them spread them the word against open defecation. In some cases, awareness programmes and posters calling out open defecation as a crime also did the job.

Of challenges and success stories

The biggest challenge, according to Ashish, was that “people thought of open defecation as a normal practice. It never occurred as something harmful or embarrassing for them. Hence it took a great amount of convincing from our side”.

Elaborating more on the level of convincing it took, the 32-year-old adds: “Sometimes just acquainting would work, but sometimes we had to penalise adamant people in the slums. There were times, we just took people choosing to excrete in the open in our jeeps; and they were later let off with strict warnings”.

It was no easy task for the officials who tried to prohibit people from pooping in the open spaces. Irked with the awkward intervention, people sometimes protested. Recalling some of the hilarious responses people came up with, Ashish says,

While some people blamed it on the long queues at community toilets, some said this is what they were most accustomed to. Some run away upon seeing the 5am Army while a few even pleaded to be excused just for one day.

“However we were stern in what we wanted to achieve. We told these people- no means no,” adds Ashish laughingly.

He also quotes the example of Kumari Bai, an elderly volunteer who was effective in convincing the entire women population of a slum in Raipur to build toilets at home.

She first built a pucca toilet for herself enclosing it with worn out sarees on all four sides. Later she motivated other women to follow her example and in this way she was successful in creating about 40 new toilets within a month.

Once open defecation sensitive spots were identified, the 5am Army resorted to all possible measures that made it difficult and shameful for people to excrete in the open. Be it clearing the area of all the shrubs or lighting up the clearing with flood lights.

However, these quick fixes were no replacement to providing permanent solutions to the problem at large. To address the same, RMC officials while informing people about the importance of sanitation also familiarised them with the help being offered through various government schemes for building toilets. Apart from influencing people to build more toilets, the Nagar Nigam also encouraged them to use community toilets and rehabilitated a few slum dwellers under various housing schemes.

We identified a certain kind of floating population that was most likely to defecate in the open. These were mostly labourers working in the construction sites. We then urged real estate builders to provide toilet facilities for these labourers failing which they threatened to be penalised, says Ashish.

A stern resolve of the 5am Army, timely civic engagement coupled with appropriate interventions have finally led Raipur, a fast emerging educational and industrial hub and aspiring smart city to significantly rid the problem of open defecation, paving way for many more cities to follow their praise-worthy initiative.