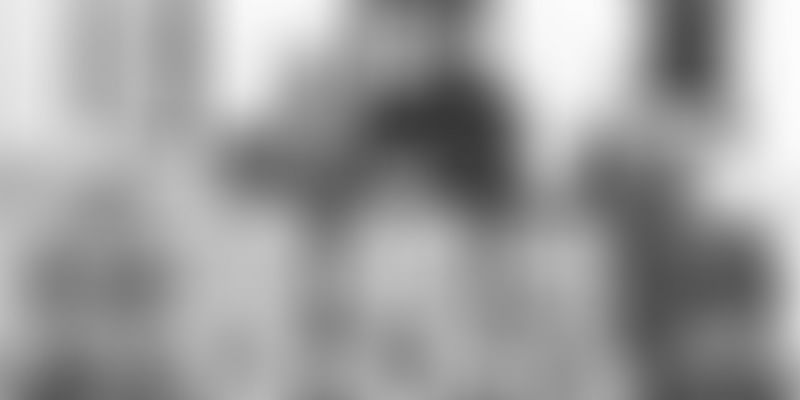 India’s struggle against the British marked by the civil disobedience and non-violence movements spearheaded by Mahatma Gandhi finally ushered in an independent India on August 15, 1947.

However, August 15 was not the first choice to mark India’s independence. The story behind the date is interesting in many aspects.

On December 29, 1929, Jawaharlal Nehru called for a meeting of the Indian National Congress in Lahore, where the National flag was unfurled, and a call for Purna Swaraj was made (complete self-rule; purna - complete, swa - self, raj - rule).

On that day the Congress set January 26, 1930 as the day of Indian Independence. This was celebrated for 17 years straight until the time August 15, 1947 was declared as the day India achieved freedom from the British and celebrated its independence.

While August 15 heralded freedom from British oppression for India, it signified something entirely different for the British - a triumph that made them a super power in the world.

It was World War II, and on August 6 and 9, 1945, American forces dropped nuclear bombs on Japanese cities Hiroshima and Nagasaki, two incidents that shook the world.

The Big Four, comprising the United States, United Kingdom, China, called for an unconditional ultimatum that the Japanese forces give up and surrender and if they didn't, they would face 'prompt and utter destruction'.

Owing to its incapability to conduct large-scale military operations, Japan had no choice but to surrender which subsequently led to the end of world's largest armed conflict in history, World War II.

For the British, August 15, 1947 was not just any other day. Marking the second anniversary of the Japanese Navy's surrender, the British announced August 15 for India's complete independence.

As historian and author Ramachandra Guha said in his book ‘India After Gandhi: The history of the world’s largest democracy, "So freedom finally came on a day that resonated with imperial pride rather than nationalist sentiment."

The date January 26 (initially declared as a day of Independence) was however, not forgotten. It would later herald another important event that would change the history of India.

Indian constitution – the history behind its making

At the end of the 19th century, the country demanded to be involved in government, and put an end to torture and oppression. Thanks to the role played by India in supporting Britain in World War I, the Supreme legislative body of United Kingdom, the British Parliament introduced the Government of India Act, 1919 which received a royal approval on December 23 the same year.

The act lead to diarchy – a dual form of governance in some large provinces. A few areas of governance like health, education, agriculture and supervision of local government were handed over to a set of Indian ministers who reported to the provincial council. However, military, defence, foreign affairs, and communications were under the direct control of the Viceroy.

It was promised that the act would be reviewed after 10 years by a special commission and thus infamous Simon Commission arrived in India in 1928.

The Simon Commission looked at the constitutional reforms and reviewed the Government of India Act, 1919. The Simon Report was published in two volumes in 1930, which was called 'not final' following a constitutional deadlock. To free the constitution of this deadlock, three sessions of a Round Table Conference were held in 1930, 1931 and 1932 respectively. The conference was also attended by representatives of several Indian communities.

The British made their own reporting drafts on 'white papers', based on the outputs of these round table sessions. A committee that had 20 representatives from British India and seven Indians worked on the white papers from April 1933 to December 1934 and submitted its report to the British Parliament by the end of that year.

Ambedkar to the rescue

Dr BR Ambedkar was appointed the head of the drafting committee on August 28, 1947, with one objective - draft a permanent and organised constitution for India. The committee went back to its roots and referred to the Government of India Act, 1935. 141 days into working on it, a first draft of the constitution was submitted to the Assembly on November 4, 1947.

The basic five lines of principles the committee confined itself to were - the country being a Republican State, a Parliamentary form of government, a Federal structure, Fundamental Rights, an independent judicial branch.

Assembly sessions took place 166 days, for a period of two years, that were also open to the public. After a plethora of discussions, amendments and hard work, on January 24, 1950, 616 signatures were made by 308 members of the Assembly on the two hand-written copies (Hindi and English) of the final draft of Constitution of India.

After two days, on January 26, 1950, the longest written Constitution of the world that incorporated 448 Articles in 22 Parts, 12 Schedules, and 97 Amendments, was validated and found effect across every corner of the country.

The then President of Indonesia, Sukarno was the first Guest of Honour in India for the Republic Day celebration in 1950.

On this day, the original handwritten copies of the Constitution are kept in helium-filled cases in the Library of Parliament House.

The celebrations till today, last for three days, ending with ‘Beating the Retreat’, a military ceremony held on January 29 every year. It was first started in the 1950s by Major Roberts of the Indian Army. The evening ends with the hymn Abide with Me, which was Mahatma Gandhi’s favourite.