A passion for writing sparked her true calling in life 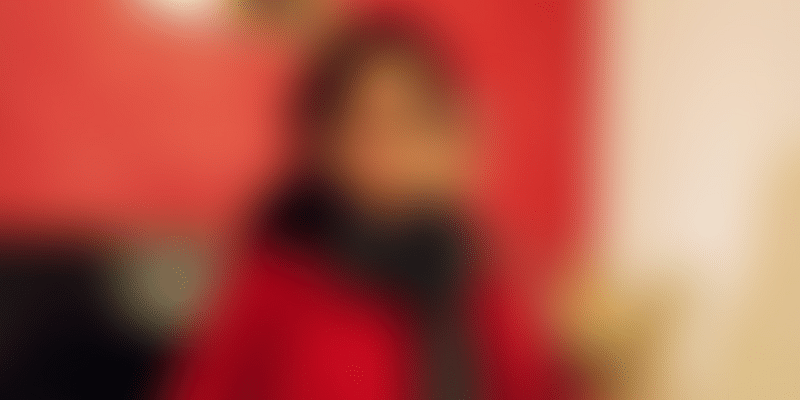 Anupama Krishnakumar has been writing ever since she can remember. She had her first poem published in a leading newspaper when she was in the seventh grade. Today, she is a twice-published author, blogger, and runs an online literary magazine. Amidst all this, she is raising two kids, the role that she takes most serious of all. Read her inspiring #PassionToPaycheck story below.

Once upon a time

But writing was not always on the wall for Anupama. In school, she wanted to become an engineer. She had heard so much about BITS, Pilani, that she had her heart set on going there. “I nurtured the dream of belonging to a place like BITS, Pilani, and realized my love for science by being a part of a crowd that innovates and thinks differently,” she says. A good student, it wasn’t difficult for her to get through to the college of her choice. But even with a hectic academic schedule, she would find time, or a reason, to write. She was part of the college press club and even did a course and project on advertising. All of this, while she was training to be an engineer!

Twist in the tale

Once out of college, Anupama started working in the IT industry. But, she soon realised her heart lay elsewhere. “The passion to write, an urge to express and be creative, and the idea of discovering lives of people drew me to journalism,” she says. She enrolled at Asian College of Journalism (Chennai) where she won the Dean’s Prize for being the best student in New Media and the Mary Roy prize for the best performance in the ‘Covering Deprivation’ course.

In 2009, Anupama decided to quit her job to be able to spend time with her infant son. Soon after, she, along with her co-editor Vani Vishwanathan, launched Spark (www.sparkthemagazine.com). Spark is a magazine that showcases both new and established writers. Each month, they run a theme and submissions are invited. The magazine will publish its 100th issue in April this year, which also marks its eighth anniversary.

Anupama says running her own magazine gives her “the freedom to work at my own pace, set my own goals, and not be dictated by a boss”. Both she and Vani have also been particular about family coming first, a decision that became more crucial when Anupama’s second baby was born. That’s also why Spark continues to be a non-commercial venture. The women don’t want to pressure themselves into a scale-up, despite the continued positive response they’ve had all these years.

Despite having been around for 8 years, Spark has not succumbed to running competitions or being a part of literary fests. Anupama and her co-editor just won’t bite off more than they can chew, no matter how tempting it might get. Also, by keeping the team as small as it is, they have made sure there’s no compromise on quality. Anupama personally interviews writers. While she handles fiction, her co-editor has experience in non-fiction.

During her stint at Spark, Anupama published two books of her own. Her flash fiction collection ‘Fragments of the Whole’ and short story collection ‘Ways Around Grief’ have been well received in the literary circles. Despite social media and public’s short attention span, Anupama points out, there will always be a market and money for good writing, so long as the writer has something new to offer.

While another venture might take pride in how much profit it generates, Anupama is eager to share how every success or achievement cannot be gauged in monetary terms. She tells us how over the years, the magazine has earned itself a name and readership. She points out how bringing out a magazine every single month, for eight years, with just a team of two, is no mean task, but they’ve done it. She’s proud to share that their writers are as young as 16 and as senior as an 80-year-old retired IAS officer.

For now, Anupama is happy with how Spark has shaped up. The magazine boasts of 100-odd writers from across the country. Since it’s an online magazine that doesn’t follow a subscription model, its success is measured in the number of unique visitors (close to 60,000 in 2017; 8,300 in January 2018 alone) and page hits (1,68,647 in January 2018). As of now, she says, the subscriber model may not work for a number of reasons: people don’t want to pay for reading stories and that would also mean getting more people involved in terms of marketing, advertising and printing. Printing on demand is another idea the team is toying with, where a book is printed only after an order is generated, but all such ambitious plans will have to wait till ‘the right moment’. But then again Anupama has always managed to write her own destiny with great success.