Dropped out of school to be a daily wage labourer, Arjun Solanki now does business in lakhs 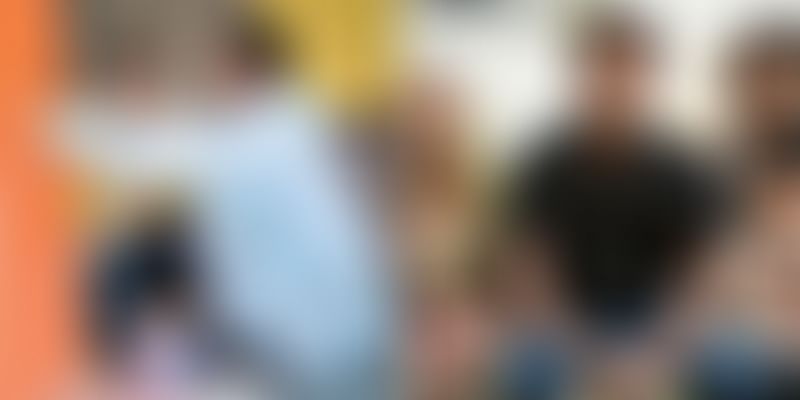 Arjun Solanki was 14 years old when his father passed away. His mother's income was not enough to feed her two sons, so they both dropped out of school to start working as well - following in their mother's footsteps.

Apart from ensuring that there was enough food to eat three times a day, the trio had no energy or the luxury to dream of anything else. But everything changed for the better when Arjun, the younger son heard about a free skill training course provided by ICICI.

Arjun's family resides in Baroda Sindhi, a village near Indore, Madhya Pradesh according to The Quint. Both his parents were daily wage laborers, which meant unsteady income and, hence, unsure future. His father being an alcoholic only made matters worse for them, even more so when he died because of excessive drinking.

Though Arjun's mother worked hard, she could not pay her children's school fees or provide food for them day in and day out. So Arjun and his elder brother dropped out of school and started working a series of odd jobs. That is when Arjun heard about a free course offered by ICICI as part of its CSR project on Paint Applications Technique.

Though it would be difficult for the family to survive without his income for two whole months, they supported and urged him to take the course. Talking about what he learnt in an interview with Storypick, he said,

I learnt everything about different types of paints, their application and how to deal with common paint problems. I also learnt the basics of managing finances, grooming myself and communication. The emphasis on practical applications helped me in preparing for the real world. When I did not have a job, I thought I did not have a chance. (But) I learnt a skill. I learnt how to dream.

Initially, the faculty providing training were skeptical about if he would even attend the class continuously. But he surprised them by completing the course successfully. Additionally, he also started reaching heights in his job very soon.

Arjun Solanki now undertakes projects worth many lakhs as a contractor (for painting). Along with taking care of his family, he uses the money he earns to help young boys in his village.

From child labourer in Bihar to first engineer of his village, Dileep Sahni is raking lakhs in salary

From repairing cycles to becoming an IAS officer, Varun Baranwal owes it all to his mother