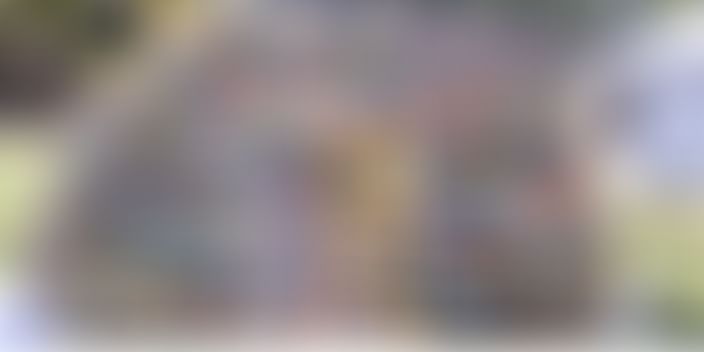 Here are ten useful tips for entrepreneurs from the founders of Urban Ladder, Zerodha, and Medwell Ventures, speaking at the Times LitFest.

The Times LitFest 2018 under way at Bengaluru features a diverse range of topics: freedom of speech, digital media, historical biographies, urban identity, translations, crime fiction, pop culture, and the environment. The fourth edition of the festival, held on February 3 and 4, includes 100 acclaimed authors and speakers, at the picturesque Jayamahal Palace.

Here are some of my takeaways from the panel titled ‘The rise and rise of entrepreneurship in India,’ featuring Sanjay Swamy, Managing Partner at Prime Venture Partners; Ashish Goel, Co-founder and CEO, Urban Ladder; Nithin Kamath, Founder and CEO, Zerodha; and Vishal Bali, Co-founder and Chairman, Medwell Ventures (panel moderator).

“This is an amazing time to be an entrepreneur in India,” said Sanjay Swamy. This opportunity is powered by a confluence of the youth boom, digital media, startup ecosystem, and widely available online resources. There will be regulatory hiccups, but the overall momentum is for creation of new value, especially for end consumers.

To be fair, India has a huge share of problems, but solving these issues creates opportunities of large scale. This is a once-in-a-lifetime opportunity to build a good company. The West went through its Internet boom 20 years ago. India is a latecomer, but it’s never too late.

Startups will succeed if they pick the right problem, market, team, solution and technology. “Solve a problem which you have experienced yourself,” advised Sanjay. This will help the founders connect better with customers.

He personally experienced the problem of finding the right apartment furniture, which led him to launch Urban Ladder. This also involved getting out of the usual comfort zones of tech and management roles.

You may notice consumer trends in your immediate circles, but see if they are also part of a bigger pattern. The trend towards aspiring for good furniture is part of a broader trend of growing design awareness in India, said Ashish.

From local tailors and corner stores to branded clothes and supermarkets, consumers have evolved over the decades to look for more choice in product and design. Sports and culture are the next trends to watch, said Ashish. The rise in arts and crafts events is a good reflection of this trend (see the YourStory PhotoSparks article series).

For startups in digital space, a key driver is the rise of Aadhaar (despite the controversies over issues like privacy). “In the last one month, we on-boarded more consumers than in the previous five years, thanks to Aadhaar,” said Nithin Kamath of Zerodha, a fintech company. The painful process for online traders to fill out long forms and provide many supporting documents has now been replaced by online verification via Aadhaar.

Another driver is the recent attractiveness of the ‘fintech’ tag. “Online trading was regarded as something for dalals – now our fintech branding has made it easier to attract talent,” joked Nithin.

Entrepreneurs can find value by digitally enabling a number of sectors beyond the usual suspects. For example, the startup MyGate offers platform-based solutions for front-gate security in residential and commercial buildings.

This at first seemed like an unlikely sector for digitisation, said Sanjay. Online furniture rental also seemed different for Prime Ventures, but the founders were convinced they were seeing something that their investors initially missed.

Great ideas won’t get out of garages, labs, cafes and offices unless the founder networks, builds, recruits and sells. “I connected and reached out to 300 people on LinkeIn for my furniture rental idea. Only three responded, but one of them led me to my first hire,” recalled Ashish.

There was also the random kindness of total strangers that helped him in his early days, such as a factory manager on the outskirts of Bengaluru. (This is also a lesson to others in society to help founders whenever asked!)

The little things are the big things

Agreeing on vision and mission may be a good start, but, sometimes, even seemingly smaller things can trip up co-founder relationships. “We fought over our logo for over two hours, and even after having known each other for over 10 years, we each said this wasn’t going to work,” recalled Ashish.

See also our review of Cut the Crap and Jargon: Lessons from the Startup Trenches, by Shradha Sharma and TN Hari. The book highlights the challenges in areas like setting the right culture and communications in a fast-growing startup.

Bounce back from failure

Product failure and even company failure may end up tripping many a founder. “I went bust in 2001 and 2003, and went to work at a call centre,” recalled Nithin. But he stayed active in the trading space, and eventually founded his trading platform, Zerodha.

“Every business has surprises along the way,” cautioned Sanjay; his investment firm has had its share of “false positives” and “false negatives” (missed opportunities). If the prize is worth winning, the founders will learn from failure and persevere.

There will be regulatory uncertainties for many entrepreneurs, especially in sectors like cryptocurrency and the sharing economy (see our earlier articles on regulation and governance). There will also be market distortions due to the funding patterns of hyper-funded startups.

There are some companies that may not be able to deliver shareholder returns, cautioned Ashish. There are many startups in India whose leadership team has not been through economic boom and bust cycles either, and do not have this experience of reading market patterns.

Show the passion for your brand

Even as a startup grows and recruitment steps up, certain key activities will continue to demand quality founder attention. “I spend two hours a day responding to queries on our blog,” said Nithin.

Even though some advise him to delegate this to others, Nithin prefers to keep this customer connect going because that is what his brand was built on. “Make passion your paycheck,” advised Vishal Bali.

Other discussions by the panel focused on how startups can learn and support one another. The best learning for entrepreneurs generally comes from other entrepreneurs. “We facilitate conversations between the founders in our portfolio,” said Sanjay.

Indian cities like Bengaluru have a healthy startup ecosystem where many such forums exist (despite infamous traffic!) Other cities can also strengthen their entrepreneur peer-support networks, the panelists summed up.