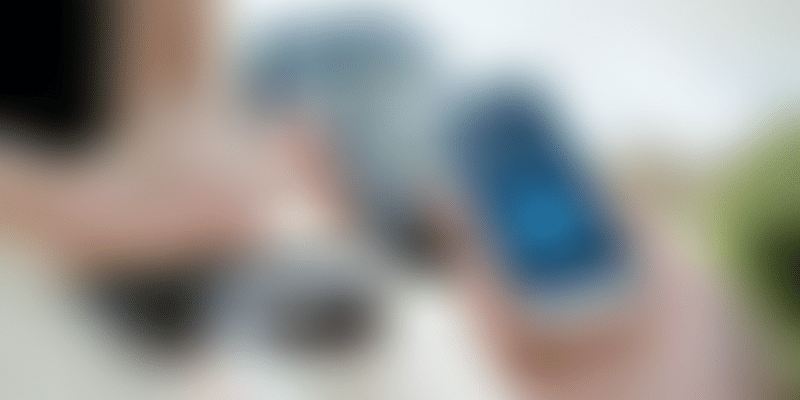 The first ATM was installed in India in 1987, and a country which had relied on coins and notes for payments for so long started the slow adoption of ‘plastic money’. A decade or so later, internet-powered payment systems (RTGS, NEFT, etc.) entered the picture, and a few years ago, with smartphone use witnessing a massive surge in popularity, the next step in the evolution of payments took place – mobile payment platforms and digital wallets. This ‘e-volution’ of payments is a global phenomenon; if anything, India has been a bit late to the party.

From America’s Silicon Valley to Asia’s various startup hubs, financial transactions have changed a lot since the dawn of the 21st century. This new kind of financial infrastructure – one in which customers are far more involved and integral than they were in the bank-centric times of old – has prompted technology companies to take notice. It has also created new market options for the tech behemoths of today to explore in their quest for dominance. The lure of the mobile payments market has proven too hard to resist for many firms, irrespective of their past credentials in the financial sector.

On the flip side, the increasingly rapid pace of digitisation has shown that companies can no longer ignore the potential of this sector – in today’s digital world, if you’re not in, you’re likely out for good. Thus we have software giants like Google and consumer electronics manufacturers like Samsung competing with the likes of traditional banking and financial organisations.

Increasing adoption of technologies like NFC is also making it easier for merchants and businesses to accept digital payments, further driving the boom in associated services. Everyone wants in on mobile payments, and here are some of the most prominent players in the growing market:

After years of experimenting in the payment space with products like Android Pay and the now rebranded Google Wallet, Google this week announced the launch of its latest all-in-one payment platform: Google Pay. The new product, which has begun roll-out around the world, replaces Android Pay and allows users to make Point of Sale (PoS) purchases of goods and services – as well as transit payments in select cities – using NFC (Near Field Communication).

Google has also announced that, in the coming months, Google Pay will be integrated with extant Google apps like Google Assistant, Chrome, and Play Store, and that users will be able to make peer-to-peer payments and online purchases on e-commerce platforms using the service. The app is only available in the US and the UK for now, with gradual roll-out to other countries underway. Google Tez, the United Payments Interface (UPI)-supported app created exclusively for India, has captured a fair share of a market crowded by several other platforms and is likely to incorporate Google Pay’s functionality within itself in the future.

First unveiled at the iPhone 6 launch in September 2016, Apple Pay was among the first payment platforms to digitise the ubiquitousness of credit and debit cards. Developed through a collaboration with Visa, MasterCard, and American Express, Apple’s payment service can be used with any of the tech brand’s compatible mobile devices or Watch wearables, and makes use of NFC to make contactless payments at PoS systems.

Apple Pay users can also use it to make in-app and other online purchases as well. In December last year, Apple Pay Cash was launched as an updated feature to the platform which allowed users to send and receive money to and from each other – a feature that can also be accessed through other Apple apps like ‘messages’ and Siri.

Samsung’s mobile payment and digital wallet service, Samsung Pay, differs from those offered by Apple and Google in one key aspect: the use of magnetic secure transmission (MST) in addition to NFC. What this means is that, unlike Google Pay or Apple Pay which can only be used at NFC-enabled PoS devices, Samsung Pay can be used even at payment terminals that only support traditional magnetic stripe cards.

A partnership with PayPal last year has also seen Samsung’s payment service gain headway in the online (both in-app and website) payments space. The service, which was first launched in August 2015, is supported by a wide range of Samsung smartphones as well as most of its smartwatches.

The Alibaba Group, a Chinese conglomerate which is today among the world’s most valuable companies, also owns the world’s largest online and mobile payments platform: AliPay. Launched way back in 2004, the platform today features every payment service imaginable – P2P payments, online purchasing, bank account management, ticket purchases, etc., – and recently incorporated the Ripple network into its backend in a bid to speed up its payment processes. It is also worth mentioning that Ant Financial Services, an offshoot of AliPay that functions as the latter’s parent company, is the world’s most valuable fintech company.

The initial success of these Alibaba subsidiaries can be largely attributed to the pro-local policies of the Chinese government, but AliPay has, in recent years, gained a strong foothold in other Asian markets, chief amongst which is Singapore. Back home in China its only major competitor is compatriot Tencent’s WeChat Pay.

Facebook first entered the online payments space in 2015 with the introduction of a peer-to-peer payments service within its Messenger app. The company was initially slow in rolling out the platform to markets outside the US, with several countries still awaiting the availability of the feature. In the US, however, Messenger’s payments service is going strong and was bolstered last year by the integration of PayPal’s P2P payments.

Facebook’s entry into the Indian digital payments sector came through its subsidiary WhatsApp, by far the most used messaging service in the country. The 250-million-user strong platform recently launched its own UPI-enabled payments service – a move which garnered a mixed reaction from incumbent payments companies.

Founded in 1998, PayPal is among the world’s first online payments companies and has established has a strong global presence over the years. The company – which allows users to send, receive, and hold funds – operates in 202 markets supporting 25 currencies (as of 2017). Its prominence as a payments giant has been bolstered by several partnerships with newer platforms such as Samsung and Facebook, among others.

Another key factor in PayPal’s success is Venmo, a P2P mobile payments service that, despite operating solely in the US, handled $6.8 billion in transactions in the first quarter of 2017. The company has also created a payments processing system called PayPal Payments Pro which is widely used by online businesses and enterprises for large transactions.

Launched in India in 2010 as a service for online payments and a digital wallet, Paytm (or rather its parent company One97) is today a diverse company offering a variety of services. Paytm is arguably the largest digital service used for merchant payments in India, in large part due to the demonetisation of 2016. Many of the country’s service-based startups have incorporated Paytm as a payment option, and the app itself can be used for everything from prepaid recharges to bill and loan payments, ticket purchases to P2P money transfers, and even donations to religious foundations.

The company also has integrated UPI into its platform and launched its own bank (Paytm Payments Bank), not to mention its own e-commerce platform Paytm Mall. Incidentally, the Alibaba Group and its subsidiary Ant Financial are key investors in One97 communications and hold 62 percent stake in the firm.

The digital payments ecosystem in India is not short on home-grown entities. RazorPay and PayU are two of the largest payment solution providers to online merchants in the country, and the likes of MobiKwik and Freecharge serve as popular wallet and payments platforms. But international competition in this space is imminent because UPI, which initially kept the likes of Apple Pay away from the country, has been accepted by Google (Tez) and Facebook (WhatsApp) in recent months, which may pave a path of entry for other global players.

There are also several more technology companies that have launched their own digital payments services, the most notable of which include bigwigs like Amazon, Tencent, Microsoft, and LG. But barring the likes of Amazon and Tencent, which have their own vast ecosystems to bolster the use of a native payments platform, most of these payments services may find it hard to capture a market that is already saturated with some of the world’s most powerful companies.