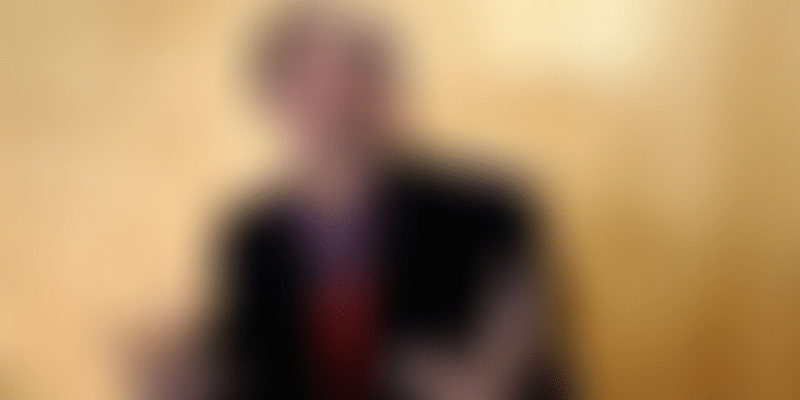 Long before it was infected by violence and its streets reverberated with sounds of slogans and gunfire, Kashmir was a place where one could hear laughter in every household in the evenings. Nazir Josh, Kashmir's very own Charlie Chaplin, used to appear on Doordarshan (DD), the national broadcaster, with his facial expressions of total bewilderment, the street impressions of a joker and strong Chaplinesque elements in his walking style.

In this conflict-ridden region where young people have grown up witnessing violence erupting in their public spaces on a regular basis, the 67-year-old comedy king of Kashmir says that revival of humour is the only way to bring back smiles and laughter to the stoic faces of Kashmiris deprived of a normal existence.

A local poet, scriptwriter, director and actor, Josh is known to every household here just as 'Jum German', 'Ahead Raza' and half a dozen other names based on the lead roles he has played in TV serials.

He ran regular comedy serials on the local DD which were very well received by every Kashmiri. But it was all brought to a halt when separatist violence broke out in Kashmir in the late 1990s. While he was never directly at the receiving end of the violence, in the grim, strife-torn Valley there was little space left for humour and satire, and he was left without any sponsors.

Josh believes that Kashmiris are facing many social and psychological problems that cannot be addressed by medication alone.

"People here need to unwind and, for that, humour and satire are the best avenues," Josh told IANS.

He recalled how a local family had come to thank him for helping cure their mother of depression.

"The son of the lady being treated for depression told me his mother had laughed after a long time when she saw an episode of my comedy serial 'Hazaar Dastaan'.

"The boy said when the family told the psychiatrist about his mother's laughter, which came after long months of depression, the psychiatrist advised them to show her more episodes of the comedy serial. It completely cured the lady."

Josh feels that in a place where curfews, shutdowns and street violence are a norm rather than an aberration, there is a genuine need for some laughter in people's lives to sustain their sanity.

But as violence took centre stage in the Valley, Nazir Josh and his TV serials, which were based on social and political satire, had to take backstage.

The last TV serial based on social satire produced by him was Jum German in 1989. But it could not go beyond 25 episodes as the situation took a violent turn in Kashmir, Josh said, as he fixed his gaze at the clouds outside his central Kashmir Badgam district home.

There is no source of entertainment in Kashmir. Cinema halls have been closed. There is no local film industry as many other Indian states have. There is only one TV station in Kashmir and that too has not been doing anything to revive entertainment so that people are able to laugh tensions out of their lives, Josh said.

Josh had started his career in the local theatre. In the beginning, we would stage plays at the village and district levels. In 1968, he staged a play at the Tagore Hall in Srinagar where a drama festival was organised by the state cultural academy. He then wrote a play in 1973 for the television titled 'Haier Kkr'. Its success encouraged him to write humorous serials regularly till 1989 -- when violence brought down the curtains on entertainment and laughter in Kashmir.

He is not completely discouraged and says humour and satire can still be revived in Kashmir, provided the state and central governments support his work.

"We need at least production cost so that the past glory is regained. I am hopeful that, in the near future, better sense will prevail so I am again able to make Kashmiris laugh away their daily tensions through my TV serials," Josh said.

He believes there is immense talent among local youth. "These young boys and girls need to be rigorously trained in acting and directing productions to ensure that theatre and TV serials do not die an unsung death here," he said hopefully.

And he wants to re-create the past rather than merely become a wistful memory of the halcyon days of Kashmir.