Inspired by their 6-year-old daughters, these two friends are upcycling waste into artwork 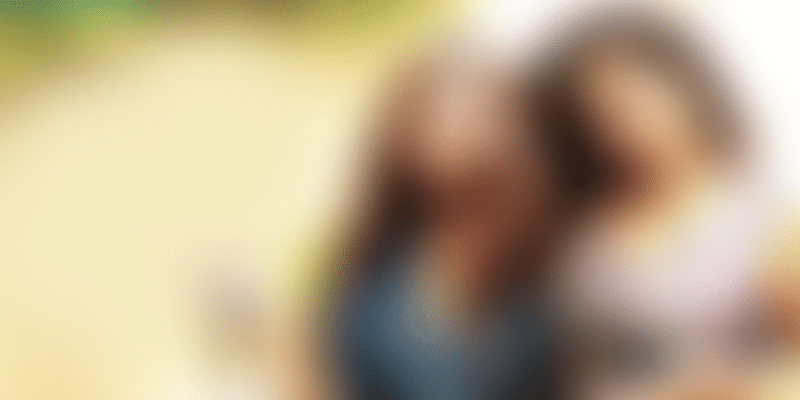 Silver Nut Tree is an idea that took root from the concept of finding immense potential in everyday objects thrown away as trash.

And most families throw away about 40kg of plastic per year, which could otherwise be recycled. Not being recycled, the plastic ends up in landfills or incinerators, polluting soil, air, and water.

Concerned by this lifecycle of most products that we use in our daily lives, Rituparna Das and Angeline Babu came together to upcycle waste, mostly from urban homes.

A random question from their daughters on the recycling of a plastic bottle, gave rise to Silver Nut Tree.

Trying to explain the concept of value-added products that transform anything recyclable into one of a higher environmental value through up-cycling, was way over the understanding of their six-year-old girls.

So, the two friends tried to show them how things are done instead of explaining it to them. The duo created an earring out of an old plastic Pepsi bottle and the concept made sense to them, for no one would throw away a pretty piece of jewellery, and that would keep it out of the landfills. That was just the beginning.

Angeline and Rituparna have always been environmentally-conscious, and yet they realised the emptiness of their words, for the children couldn’t quite grasp their lofty ideas. They needed to show them the real thing; they felt the need to show them the endless possibilities of “waste”— how with a little creativity it can emerge in its new avatar with a much higher environmental value than in its original state.

“The entire journey began from the curiosity of children. That such questions can reshape our worlds was not lost on us,” says Angeline.

“When we started experimenting with waste products, we realised the importance of upcycling as opposed to recycling, especially if the idea is to involve a greater audience and demand a greater participation in the process of sustainable living,” says Rituparna.

Recycling is a technology-based process and not really a part of our daily lives. Whereas upcycling can become an integral part of one’s life when we consciously opt for an alternative lifestyle. The two friends saw a huge potential in everyday waste objects such as PET bottles, glass bottles, soda bottle crowns, punctured tyres, CDs and other electrical waste. For them, everything waste was basically a treasure trove. All one needed was to think out of the box.

Silver Nut Tree products are single edition pieces, as they are created one at a time, at their home studios. Angeline and Rituparna have an acute interest in art, mythology, and folk art. They create upcycled custom artwear and home décor, and have incorporated public domain art in a big way in their creations.

“Being the only ones doing what we do, we never had a reference point to fall back on in our creative pursuit. We are mostly into reverse engineering. We visualise a piece in its entire splendour and then spend days and nights wracking our brains about how to make it a reality,” says Angeline.

In all these years, after much experimentation, the two have reached a stage where they have a fixed process of treating their base material in a particular way where art can be fused and transferred on it, for plastic has a mind of its own and hardly ever allows anything to stick to it for a long time.

Silver Nut Tree has retail partnership with a few boutique stores spread over India. The team retails through a few curated websites and also through its own Facebook page. They are a regular at some of the most popular flea markets in India — Sunday Soul Sante, Kitsch Mandi to name a few.