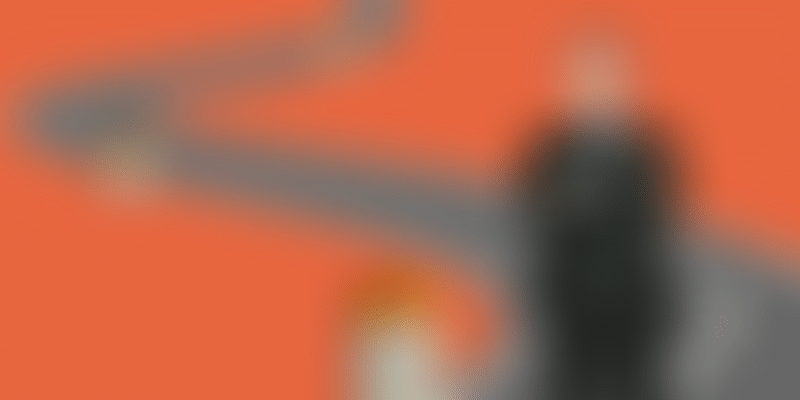 In December 1999, towards the tail-end of the dot-com craze, a group of 18 people, led by Jack Ma, started a wholesale online marketplace called Alibaba. In the 19 years since its inception in a small apartment in Hangzhou, the Chinese company has blossomed into one of the most diverse and valuable corporations in the world. Today, Alibaba is competing on a global scale against, and in several instances outperforming, its more ubiquitous American counterparts including Google, Amazon, PayPal, and eBay.

From e-commerce and payments systems to cloud services and artificial intelligence, there are few sectors left in which Alibaba hasn’t already established a strong presence. Take, for example, the company’s incredibly diverse portfolio in India. From first entering the Indian investment market in 2014, over the years, Alibaba has invested nearly $1.7 billion in Indian startups ranging from Bigbasket and Zomato to Paytm, XpressBees, and more.

What makes its story all the more fascinating is the fact that it has achieved such prominence in less than two decades. Here we take a condensed look at Alibaba’s history and illustrate the key milestones that have helped the company on its meteoric rise:

Jack Ma was first introduced to the internet on a visit to the United States in the 90s. A few years later, he decided to bet on the promising technology and, having secured $5 million in funding from a consortium of investors, started the Alibaba Group along with 17 other co-founders. The launch of Alibaba’s online retail platforms – Alibaba.com (B2B) and 1688.com (B2C) – was fortunately timed; the consumer internet boom had only just arrived in China and the local market wasn’t as direly affected by the dot-com crash as its American counterpart. Other future e-commerce markets such as India had barely even begun exploring the sector.

The dawn of the 21st century began on a good note for Alibaba, which raised $20 million from an investor group led by SoftBank. From then on, the company’s growth was supercharged. A year after becoming cash-positive, Alibaba established Taobao.com – a C2C marketplace that aimed to do for China what eBay had done overseas. Another round of funding (in which the company raised $82 million) was swiftly followed by the launch of instant messaging tool Aliwangwang and third-party online payments platform Alipay. These three businesses would eventually evolve into the ‘iron triangle’ of e-commerce, logistics, and finance upon which the Alibaba Group of today is built.

As with the other members of the hailed BAT (Baidu, Alibaba, Tencent) group of China, Alibaba benefited greatly from the strict internet-controlling policies of its home country. The Chinese government, while keen to establish an entrepreneurial ecosystem akin to the US, was wary of foreign entities capturing the market at the cost of local corporations. To this end, China set up a massive internet filtering and censorship engine, dubbed the ‘Great Firewall’, that dealt crippling blows to the Chinese operations of tech giants like Google, Yahoo!, and eBay. This firewall allowed the likes of Alibaba and Tencent to gain an ironclad grip on the fast exploding internet-using population in China.

This was succeeded by the acquisition of logistics firms Vendio, Auctiva, and One-Touch along with the launch of Juhuasuan (a group-buying marketplace), AliExpress (a global marketplace for Chinese exporters), and DianDianChong (a mobile social networking app).

Alibaba’s rise in China coincided with the launch of a spate of e-commerce startups in India. Flipkart (2007), Snapdeal (2010), Myntra (2007), and Jabong (2012) all launched within a few years of each other. While growth was initially slow, e-commerce in India really took off around the turn of the decade, and foreign players – Alibaba included – began eyeing the growing Indian consumer market with interest.

From 2013 onwards, Alibaba has been among the most prolific investors in the world with a diverse portfolio that includes companies from Asia to America and everywhere in between. The full acquisition of Chinese web browser UC Browser and the purchase of a 60 percent stake in Chinese film company ChinaVision Media (currently called Alibaba Pictures Group) was accompanied by large investments in Haier, Lyft, Tango, Singapore Post, and Momo.

Then, in September 2014, the company – which wasn’t well-known outside China – grabbed global headlines with a colossal $25 billion initial public offering (IPO) at a market value of $231 billion. This was the biggest US IPO in history, making Alibaba the 23rd most valuable company in the Standard & Poor Index, ahead of other online commerce titans like Amazon (at $150 billion) and eBay at ($65 billion).

Having spent a total of $2.7 billion in investments until then, Alibaba went on a $12.9 billion spending spree in 2015. SoftBank Robotics, Didi Chuxing, Snapdeal, One97 Communications, Snap Inc., and Lyft were among the largest benefactors of Alibaba’s investments.

In 2016, Alibaba was recognised as the world’s largest and most valuable retailer after its revenues dwarfed those posted by American stalwarts such as Walmart, Amazon, and eBay. It also outperformed Amazon, Google, and Microsoft in public cloud revenue growth in the same year. With entities in movie production, music and movie streaming, online learning, microblogging, travel booking, mobile apps, online maps, and so much more, the Alibaba Group had shown the world that China was a force to contend with, and its rise was set to continue.

Meanwhile, thanks to its impressive research division (Aliresearch), Alibaba has been at the forefront of the artificial intelligence revolution – using machine learning to power sales, marketing, and customer service during its annual Global Shopping Festival. It has also collaborated with Starbucks in Shanghai to set up an augmented reality experience in the coffee chain’s largest store in the world.

In January 2018, Alibaba made history by becoming the second Asian company to cross the $500 billion valuation mark (after Tencent) when its market value reached $527 billion.

The values and culture of Alibaba

While making huge piles of money and investing billions, Alibaba has also become a great example of success coupled with responsibility. The Alibaba Group stands apart from its rivals not only in terms of operations diversity but also in its principles and ethos. Unlike most multinationals whose sole aim is profits and nothing else, Alibaba has been dedicated to environmental and humanitarian causes since the very beginning.

Alibaba has developed an informal culture in which employees are the primary focus. Mentorship has been strongly encouraged and employees are often rotated among the company’s myriad divisions to broaden their experience. The conglomerate has also been very active in shaping and bolstering China’s entrepreneurial ecosystem while launching several projects to better China’s rural areas. In 2010, Alibaba announced that it would contribute 0.3 percent of its annual revenue to environmental awareness and conservation efforts around the world – resulting in a $47.1 million donation in 2016. The firm has also set up an independently funded group called the Alibaba Foundation to tackle social issues.

Alibaba's growth and Jack Ma's leadership have been extensively written about. It is a success story that shows how one can succeed in the face of doubts and failures if one persists. As Alibaba makes inroads into India and spreads globally, it will be interesting to track and learn from the success of this growing global player.