Women have to go the extra mile to prove their commitment and capabilities: Shefali Saxena 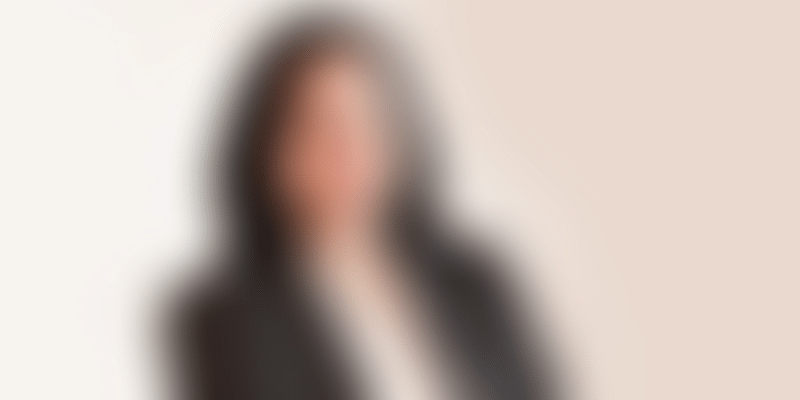 Shefali Saxena – COO for Asia, Louis Berger — believes that women have to work harder at the workplace to prove themselves, apart from shouldering a majority of the household and childcare responsibilities compared to men.

In the run-up to International Women’s Day, where the talk centres on women’s development and empowerment, it’s disheartening to note that India continues to rank third lowest in the proportion of business leadership roles held by women. A survey by Grant Thornton revealed that only 17 percent of senior roles are held by women in India. The survey of 5,500 businesses in 36 economies further adds that 41 percent of the Indian businesses surveyed have no women in leadership roles, seven points higher than last year.

So, whenever a woman rises to a leadership position, it’s a matter of immense pride and joy. It’s a vindication of the faith and belief in one’s abilities, and also of the fact that there are no limits to what you can achieve if you think “nothing is impossible”.

As COO for Asia at Louis Berger, Shefali Saxena has been taking its global infrastructure and development business forward, especially in India, which has just become the company’s fastest-growing market globally.

Having risen to the top in a male-dominated business, the 45-year-old feels we need more women leaders in India. She has more than 20 years of cross-functional experience in finance and operations, including various leadership roles at Indian and multinational companies in India and abroad.

In a conversation with HerStory, Shefali Saxena shares her thoughts on a plethora of subjects – from her role at Louis Berger, facing the glass ceiling, women in leadership positions, and her plans for the future.

HerStory: Your career has seen you take on diverse roles and positions of leadership. Can you trace your journey for us?

Shefali Saxena: Prior to joining Louis Berger, I served as the Chief Financial Officer for Scomi-Urban Transit Private Limited between 2009 and 2016. I was responsible for managing the business and driving the business strategy of the company in India. During this time, I played a key role in the Mumbai Monorail project.

In the last 20 years, I have held a series of leadership roles at local and multinational companies in India and abroad. I had the opportunity to work and grow in my career in some of the best companies, including ExxonMobil, GE, Dabur and Walchand Dale Carnegie. I also have worked across industries, including infrastructure, outsourcing, FMCG, information technology, and oil and gas, where I have mostly handled operations and finance positions.

HS: As COO for Asia at Louis Berger, what are your responsibilities?

SS: As the chief operating officer for Asia, I review the ongoing projects to ensure the compatibility of results with established contractual commercial terms and financial targets. I also support improved management reporting and business performance in terms of profitability and cashflow. I strive for increased effectiveness and efficiency of support services such as finance, human resources, information technology, contracts, legal, administration, public relations and compliance.

HS: As a woman, have you faced the glass ceiling?

SS: I have always focussed on learning and growing professionally. I believe women should first be perceived as professionals and then as women. With capabilities and good performance, you can make the glass ceilings disappear.

HS: What have been your experiences as a woman in a leadership position? Do you think women have to work harder to prove themselves?

SS: Women have to work harder at the workplace to prove themselves. In addition, they also shoulder majority of the household and childcare responsibilities compared to men. The general perception remains that women are not the primary bread earners of the family. Therefore, they are not considered as professionals who will take their job seriously. To break through that perception, they have to go the extra mile to prove their commitment and capabilities.

HS: On this note, why are there very few women in leadership positions?

SS: Fewer women join the workforce originally compared to men. Many women give up their careers to raise a family in the absence of adequate support or take up less demanding roles to be able to manage their work and home.

HS: What are the women-centric policies in your organisation?

SS: As a global infrastructure and development firm, Louis Berger has been taking steps to support the advancement of women in the workplace.

Over the years, the company has focussed on creating a culture in which women are able to achieve career satisfaction. In 2013, the company established Women at Louis Berger (WLB), an employee-led initiative that provides guidance and support for women at Louis Berger. This grassroots committee brings together women and men to improve employee engagement around topics that support women’s empowerment and greater diversity. This committee provides additional support, organises various summits and gives opportunities to women, within the company, to network with others across the globe. Our company is also taking steps to bring in more women in both technical and management roles.

HS: Do you mentor women?

SS: I always encourage women to grow professionally by guiding, supporting, and giving them opportunities. Additionally, seeing other women in a leadership position always encourages and inspires others to follow.

HS: What, according to you, is the essence of being a woman?

SS: It is the desire and ability to live a full life in all respects, including family and career.

HS: What has been the one turning point that has changed your life?

SS: Working in different cities away from my family made me more independent. It gave me exposure and professional visibility, turning into a crucial point in my life.

HS: If you were to look back, what is that one thing you would have done differently?

SS: I have always tried to make the best decisions according to the situation at that time. I have no regrets. I would live my life the same way all over again.

HS: Who are your biggest inspirations/mentors?

SS: My parents are my biggest inspirations. They brought me up at par with my brothers. They were always supportive and encouraged me to follow my dreams. They have been a rock-solid support throughout my life.

HS: What is the mantra you live life by?

SS: Live life on your terms. Always do what you think is right with conviction and commitment.