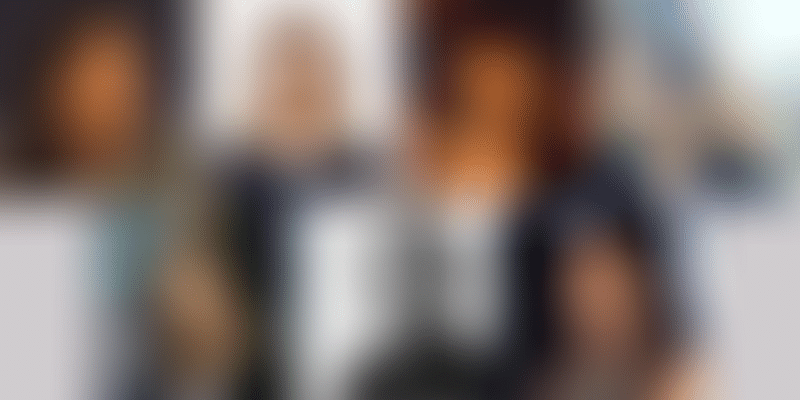 With the advent of digitisation, different branches of the internet are today helping solve a wide variety of problems at unprecedented rates of progress. Some buzz words that have been trending lately include IoT (Internet of things), machine learning, big data analytics, and blockchain technology.

2017 had been a year where people oft spoke about Bitcoin, Ethereum, and other cryptocurrencies. The radical innovation underlying this crypto world – blockchain technology – has garnered a lot of attention for its potential. It has been spoken about extensively as a cutting-edge technology by internet entrepreneurs and governments. The tech is based on a simple premise – a decentralised reliable network that is connected by a string of computers (processing hardware) to store encrypted data that is validated and authentic, instead of the data being stored on a single central server. This system is called a Distributed Ledger System (DLT) and it is almost impossible to manipulate this data, stored and verified over a period of time, because it has multiple ledgers (on various computers), making it unalterable.

The who’s who in the tech industry have been propagating the adoption of this unearthed gem in a variety of sectors and applications, ranging from countries like Estonia to the USA, Israel, and even India. There are various use cases of blockchain in business and women are increasingly becoming part of the movement to capitalise on it. They are exploring different use cases to implement blockchain, from launching ICOs to building financial products, energy friendly ecosystems for mining, and seamless platforms for currency exchanges.

The crypto-market is undoubtedly male-dominated, with only 5-7 percent of its population being women. However, despite apparently low representation in the cryptocurrency market, women have been a much larger part of the blockchain movement. Here are a few of the women who have taken that extra effort to administer blockchain in their business processes:

The first name on our list is none other than the CEO of ICICI Bank, Chanda Kochhar. Under her leadership in 2016, ICICI became India’s first bank to execute a financial transaction on a blockchain. This was a milestone achievement, offering seamless transactions within cross-border finance and remittances, whether bilateral or multilateral. Such transactions facilitate accurate and real-time transactions without the need for manual intervention. ICICI aims to use these to replace its systems that use paper-intensive complex and lengthy trails for services including international shipping and couriers.

“Shortage of women programmers is not an excuse to not have women involved in the blockchain community,” says Galia Benartzi, one of the Co-founders of Bancor, a protocol that defines the rules for a new generation of “smart tokens” that can be used for seamless trades on its own network.

Wanting to test the scope of cryptocurrency and blockchain, she started the Lev Market at Tel Aviv, where one could trade in a digital token called “Hearts”. Users could use it to buy goods and services in a legit marketplace. The company raised $10 million in a short span of time, and promoted the local businesses and incentivised them through hearts. But, due to the lack of liquidity into other currencies, the marketplace declined. To counter this Bancor started building smart contracts on blockchain. In one of her Ted Talks, Galia says she wants to use blockchain to decentralise the economy. She wants to transform it from a pyramid-like structure where there are only a few people on the top who benefit from all the resources, to a web-based system that is all about access and consensus.

Elizabeth Stark is the Co-founder of Lightning Labs that aims at harnessing the power of blockchain to make high-volume payments cheap, fast, and secure worldwide. A common problem with such transactions is that they take at least three days to send funds, while most users want to see it done instantly, with a low fee. Lightning Labs takes care of this problem by using blockchain and smart contracts to make transactions cheaper, faster, and more secure, and available to everyone, everywhere.

Going forward, Elizabeth wants to make it a user-friendly platform for humans and machines to transact. She wants to eliminate “third counterparty interventions”, or middlemen, from the process of financial transfers. Lightning Labs’ LND (Lightning Network Daemon) is a protocol that concentrates on making financial applications scalable and flexible globally.

Meltem Demirors is the Director of Development for the Digital Currency Group (DCG). She sees blockchain technology changing the financial and broader technology landscape. DCG works towards this end by creating exchanges that allow users to convert cryptocurrencies into fiat currencies and vice-versa. DCG is currently targeting select countries around the world such as India, the Philippines, Argentina, and Kenya. Meltem has also started a series called Women in Blockchain, where she interviews other women from the growing blockchain sector and asks them about their journeys, discussing how blockchain is changing the way VCs invest.

Nadine and Nicole Damblon are sisters who conceptualised the concept behind HydroMiner, an eco-friendly, green mining company. Here, hydroelectricity acts a cheap fuel to run the mining rigs instead of conventional sources of power. Based out of Vienna, Austria, this company is built on the ethereum blockchain and plans to raise cryptocurrency called H2O tokens. The Damblon sisters are understandably proud of their zero-carbon footprint and are planning to expand to Georgia and Canada in the future.

25-year-old Maxine Ryan is the COO of Bitspark, the “world’s first cash-in, cash-out blockchain remittance platform for money transfer businesses globally”. The platform offers a wide range of features such as enterprise-grade security, compliance automation, and business analytics to money remittance businesses worldwide. She was also the creator of the token Zephyr, whose ICO raised $1.4 million in September 2017. Maxine has been an advocate for blockchain technology and has consulted and strategised with various Fortune 500 companies as well as startups.

Other than these women, there are organisations such UN Women (UNW) which are also exploring applications for blockchain technology. UNW, for example, in association with UNOICT, (the UN Office of Information and Communications Technology) is exploring blockchain solutions for humanitarian action to economically empower women and girls. The project aims to provide solutions to the women who lack resources and assistance to lead fulfilling lives, focusing on areas like cash and identity. It will be particularly useful for refugees and immigration needs, tracking transactions and transferring digital assets, medical records and documentation, land and property ownership.

As more and more entrepreneurs explore the wide variety of use cases for blockchain’s decentralised tech, women have already begun to assume positions of leadership. However, there is a dire need for more female representation in the blockchain sector, and the success of these women is setting the path to follow for future generations.