Time is Now: Women who are transforming lives in rural India 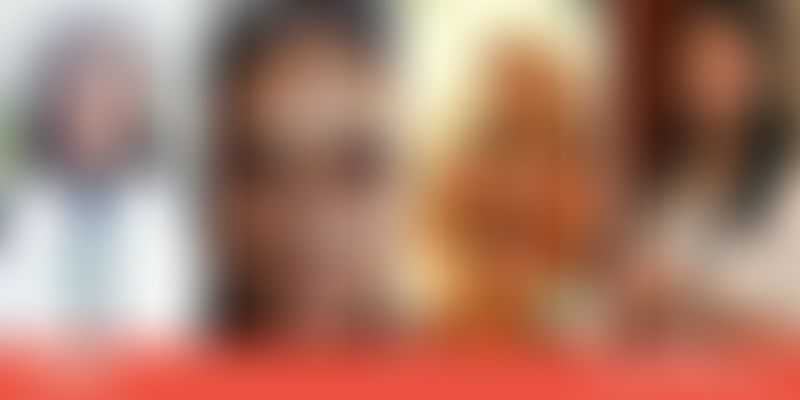 This International Women’s Day, we focus on five entrepreneurs who are changing the lives of women in rural India

This year, the International Women’s Day is themed “Time is Now: Rural and urban activists transforming women’s lives”. Women the world over are changing lives, not only their own but those of others too, with entrepreneurship and innovative ideas. Here are five women that are champions of entrepreneurship, and are working to uplift the lives of rural women.

“When girls have the chance to go to school and learn skills that will enable them to earn a living as a woman, the benefit is felt community-wide.”- Ela Bhatt, the founder of Self-Employed Women Association (SEWA).

Keeping women’s empowerment at the forefront, lawyer and social activist Ela Bhatt founded Self-Employed Women Association (SEWA) in Ahmedabad in 1972. SEWA is a trade union for women working in the unorganised sector, who earn a living through their own labour, or small businesses.

SEWA works on an organisational model that brings women across castes and class together. SEWA aims to empower women with employment and self-reliance.

In 1974, SEWA established its own bank, called the Shri Mahila Sewa Sahakari Bank, or SEWA Cooperative Bank. All employees and board members of the SEWA Bank are members of the organisation and loans are given out from the funds invested by the members, at interest rates also decided by the members. SEWA Bank's philosophy is centred around savings, entrepreneurship, and microfinance.

In India, around 850 million people cook using solid biomass fuels (wood, cow-dung and agro-waste) on open fires, or with traditional mud stoves, which are highly inefficient.

Moreover, household air pollution is the second largest killer in India, resulting in 1.04 million premature deaths. This was a pressing concern for Neha Juneja, Co-founder and CEO of Greenway Grameen Infra Smart Stove, which is improving the lives of rural Indian women by transforming the way they cook.

Neha has designed smart stoves that burn biomass efficiently, reducing smoke emission by up to 80 percent, and fuel consumption by 65 percent, as compared with traditional chulhas. Greenway Grameen Infra Smart Stove sells stoves in two sizes, priced at Rs 1,399 and Rs 2,499 per piece.

To have an impact in the rural areas, Greenway’s has partnerships with various Microfinance Institutes that would enable easy instalment payments for its customers. It is transforming the way rural women cook.

Chetna Gala Sinha, founded the Mann Deshi Mahila Sahakari Bank in 1996, which is run by women, for women. A social activist from drought-prone Mhaswad, Maharashtra, started the cooperative bank to provide finances to women entrepreneurs to expand their businesses and also represents rural women’s concerns at the national and international level for banking and financial inclusion.

Currently, there are about 90,000 women who have set up Mann Deshi bank accounts with $13 million in deposits.

Chinni Swamy and her husband moved to Purkal village in Uttarakhand, which is located between Dehradun and Mussoorie. Chinni started with teaching children from nearby villages and deciding she wanted to do something more meaningful, started her entrepreneurial venture Stree Shakti in 2001.

Stree Shakti, a non-profit organisation, empowers women by engaging them in the production of textile products such as quilts, cushion covers, bags, stoles and other accessories.

The company employs women from 15 villages around Purkal. Stree Shakti retails its products through its shop at the women’s centre in Purkal, its online store, and at exhibitions across the country. It also has retail partners in the US and the UK.

Thinlas Chorol is a social entrepreneur and a writer from Ladakh. She is the founder of Ladakhi Women's Travel Company, a travel agency owned and operated by Ladakhi women, started in 2009. The aim of this travel agency is to encourage more women into the fields of travel and mountaineering and also to promote ecotourism in Ladakh.

Through homestays, Ladakhi Women's Travel Company gives women in the villages an opportunity to meet new people and cultures. The tourists get a 'real experience' of a Ladakhi home in the villages.