Top high-tech city in the world, can Bengaluru save itself with its own technology might? 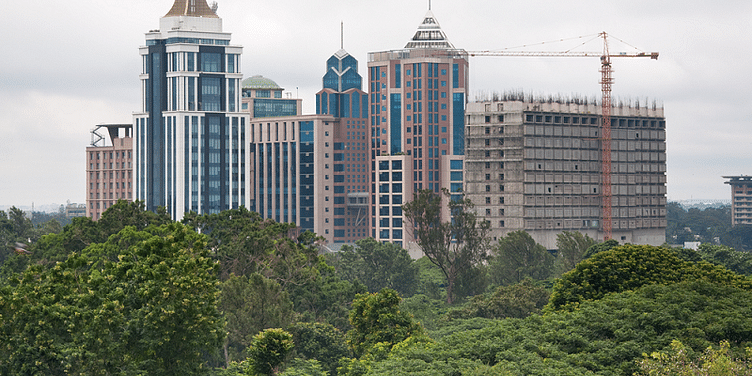 Bengaluru ranks 19th on the global list of the top 25 high-tech cities in the world. If it puts its tech might to use, it could well top the charts soon.

If you thought Bengaluru can surely make it to the top 10 list of the most high-tech cities in the world, then you are wrong. But take heart. Bengaluru figures in the top 25 high-tech cities of the word and is placed at number 19 in a list compiled by Business Insider in consultation with 2thinknow, a research firm specialising in analysing innovative cities.

The firm ranked 85 cities in its 2017 list and chose 10 factors that showcased tech advancements in the respective cities. These include the number of patents filed per capita, number of startups, tech venture capitalists, ranking in other innovation datasets, and level of smartphone use.

Interestingly Bengaluru was the only city that jumped from 49th position in the 2016 list to 19th in 2017.

According to the firm, Bengaluru surpassed many other global cities, including Hong Kong, Berlin, and Shenzhen in the list. No points for guessing what worked for Bengaluru? It’s human tech capital, that is programmers, and of course, startups.

At the last count, Bengaluru stood at number 20 globally as far as the number of startups was concerned.

A Global Startup Ecosystem Report 2017 by Startup Genome in collaboration with organisations like Global Entrepreneurship Network (GEN), Crunchbase, and Orb Intelligence points out that India’s technology epicentre, Bengaluru, while once again holding its top position in India, dropped five spots, from rank 15 to rank 20, when pitted against the various startup ecosystems in the world.

Tech is as tech does

With a population of 8.7 million, Bengaluru's GDP is approximately $45 billion, and its startup ecosystem is valued at $19 billion. However, the study states that the statistics are still impressive for the most part with regards to the latest estimation of 1,800-2,300 active tech startups and the city's ability to attract millions of highly-skilled tech worker-migrants.

Yet the bad news is that the city's infrastructure is unable to cope with this influx. As the state of Karnataka goes to the polls this year, its capital city seems to be drowning under its own weight.

Bad roads, worsening traffic, and depleting water bodies are threatening the city to such an extent that it was declared as unlivable by 2020 in a study by Indian Institute of Sciences (IISC). Dr Ramachandra, from Energy and Wetlands Research Group in IISC, who conducted the study, says that because of the rapid and “senseless” urbanisation, the city has lost 88 percent of vegetation and 79 percent of water bodies, both of which act as a heat sink and moderate temperature. “By 2020, 94 percent of our landscape will be under concrete. That is an unrealistic and tragic growth. Our children will not have clean air, clean water, and clean environment, all of which go against Article 21 of the Constitution,” he declares.

By their very virtue, startups look for an opportunity when others see problems and hurdles. Thus, hopefully for the sake of the city of Bengaluru, the startups housed here will look for solutions. Here’s our list of problems that need to be solved:

Now aren’t these ideas and solutions worth a billion dollars? What’s the use of a high-tech title if the high tech does not solve its problems?