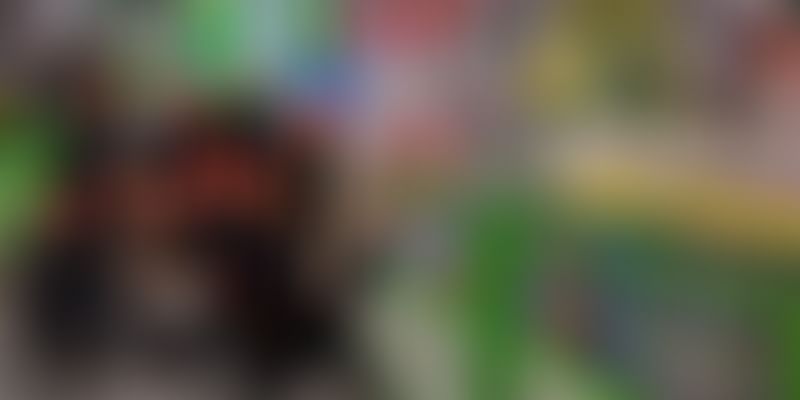 Through its one-of-a-kind initiative, Life Lab Foundation is showing students how to keep up with emerging sciences and tech and experience science outside the classroom.

Science curriculums in Indian schools has struggled to keep pace with rapid advance in science and technology, happening in the rest of the world. With students being offered almost no exposure to new sciences in the classroom, Prachi Jha, Ivneet Singh and Dr Archana Sharma came together to form Life Lab Foundation which aims to bring cutting edge science to schools across the country through its various initiatives.

Dr Archana Sharma is currently the only permanent Indian scientist at CERN and has been there for over three decades. India has become an associate member state of CERN in recent years.

In her time working at CERN, Archana has strived to make a difference in the education sector in India and has been active in that space. She has also made efforts to connect India with CERN, following which a number of opportunities have opened up for Indians at CERN.

She met Ivneet Singh, who shared her interests and ideas about introducing science to students in Indian schools. Ivneet, during a visit to CERN, and Archana spent considerable time together and connected with the idea of doing something which was more relevant academically.

After this meeting, they began running project trials, competitions and workshops. After they realised that their efforts were creating a buzz in the community, they decided to formalise their efforts into a vehicle which could lead the initiative further and Life Lab Foundation was born. The main objective of the foundation is to create awareness about happenings in the scientific world and create a future pathway for students in the scientific space.

Its not common knowledge that CERN has developed widely-used technology such as touchscreens and the world wide web. But students today are not taught emerging sciences and it is all about the new science now!

Their initiatives provide students and teachers access to facilities such as at CERN to see experiments firsthand, meet scientists, and interact with them about their work.

They also invite scientists from reputed institutions to India to interact with students passionate about the subject. Further, they also share relevant resources with schools. Prachi Jha, Director at the Foundation, says,

We currently have about 80 schools participating in our initiatives throughout India and connected with over 2000 students through a single event – India Science Week – held last year.

She adds that they are also trying to build a community of teachers who identify with the cause.

With targeted initiatives for two age groups, the foundation emphasises on quick learning for students so that they are able to keep pace with rapidly changing technologies.

Ivneet says, “We hold an international science camp for younger students where they are provided exposure to upto 20 upcoming and emerging technologies such as medical tech, artificial intelligence, and machine learning, and these are done through global experts in the field.”

The foundation has also put together a workshop, the only one of its kind in Asia, where students are given an opportunity to visit CERN and learn from the scientific community there.

Prachi also informs that the schools have also shown great response since it provides global exposure to the entire school community including teachers who, sometimes, haven’t witnessed actual experiments.

In a short span of two years, the foundation has created tremendous impact in the lives of students.

Ivneet says that they have received positive feedback all around:

The number of students able to take informed decisions after workshops has increased. Teachers are able to explain science concepts better. Students also making it into top universities and have written back saying that the workshops were the starting point.

Prachi adds: “For a lot of young students who go to CERN, they are fascinated by the number of options available to engineers which can keep them close to science, as opposed to the common employment opportunities in India.”

The foundation also provides financial assistance to select students. Through competitions, the best students are connected to potential mentors at CERN who help them develop their ideas presented in the competition.

The foundation is now working towards expanding its reach from metro cities to all parts of the country. It is also expanding its outreach to connect with a maximum number of students and teachers and is also working towards repackaging its resources with the aim of making it simple for all kinds of schools to use it and also connect to school boards.

In the long term, the team aims to scale up their activities significantly while also developing a science curriculum which is engaging, current, and fun to learn.

It’s established that our students are great with theory but are neither equipped nor experienced when it comes to practical skills. They simply aren’t given enough to play with and that’s where we are trying to fill the gap.