How a miniature doll pitchforked a vegan into entrepreneurship 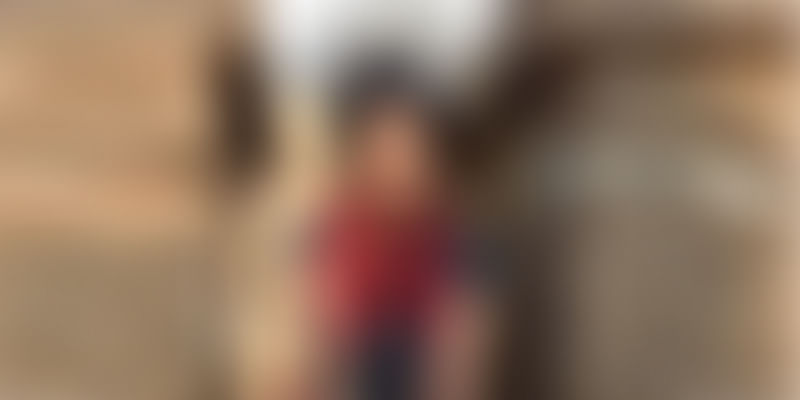 After becoming a vegan in her early twenties, Shasvathi Siva wanted to do more than just be an advocate against animal abuse. Quitting her career in advertising, she started Cowvathi to offer vegan cheeses and dips for those looking for dairy alternatives. This is her #PassionToPaycheck story.

That miniature cow is hard to miss in the Instagram profile: Cowvathi, the cute, dappled mascot, is as popular as the brand’s signature vegan cheeses.

“A common question that I get asked is, “‘It's a cow! So is this a dairy product?’ That's the sad part. We don't equate a cow to anything other than just a milk-producing machine. I have a happy cow in all my food pictures because she's happy that her milk isn't stolen for it. There is no part of the dish she's standing next to that involves abuse of her kith and kin,” says Shasvathi Siva, Founder, Cowvathi.

Cowvathi offers vegan cheeses and dips in handpicked flavours. These are made on order and their delivery is limited to Mumbai at the moment. However, Cowvathi also retails at Rare Earth in Khar, Mumbai, and Earth Story in Chennai.

Her entrepreneurship story began with an animal farm set

And, as for how the diminutive cow became an integral part of Shasvathi’s entrepreneurial journey is an interesting story. Her father had a miniature farm animals set. But it was not the cow Shasvathi had her eye on. Her first choice was a pig but her dad was adamant that he was going to keep it. When her arguments got nowhere, she had to settle for the cow.

But this bovine miniature was to play a big role in her life. Being interested in cooking, Shasvathi often posted her culinary experiments on Facebook and Instagram. “One day, I made dairy-free, cheesy pasta and thought it would be fun to keep the cow in the picture. The cow grabbed as many eyeballs and comments as did the cheesy pasta. Soon, she started featuring on all my posts, and eventually I had to name her. So Cowvathi became a sort of identity and I was compelled to start a separate account on Instagram for her. Her popularity soon compelled me to start a blog, and now a startup.”

Today, Cowvathi has evolved into a brand of her own, a far cry from being just a curio object.

An informed choice to go vegan

Shasvathi’s introduction to veganism was through her parents who helped her understand its philosophy. “Undoubtedly they are my biggest influence. That said, I was always given the liberty to make my own choices.”

So it was not until she was 22 that she decided to turn vegan. Until then, she was a dairy addict who loved her curds, chais, pizzas and butter. When she began to research on the subject, she realised the extent of exploitation of cows in the dairy industry, a reality that is often brushed aside by businesses, both large and small.

“Anyone who has raised a dog or cat at home will agree that animals are intelligent and emotional beings. They feel, respond, and think a lot like us. I came to the realisation that if I wouldn’t harm my dog at home, I should not harm a cow or any other animal in any way.”

From addiction to a conscious choice

The shift from being vegetarian to vegan took about two months. She says, “Every diary product that I once loved, I began to detest. It was layered with guilt. Each time I would crave for a dairy product, I would think of the harm it caused. And the craving would cease the very next moment. Today, I don't feel like I'm compromising on anything, I just substitute it with a plant-based alternative. I have chai everyday, I make the cheesiest of pizzas, I enjoy curd rice with pickle, and I have butter-toast for breakfast.”

But, veganism is today much more than just a dietary choice for this young entrepreneur. “It’s a way of life that teaches you to be conscious of everything around you and question most things that you're taught. Your mind is more open than ever.”

While her biggest inspiration to go vegan were her parents, she credits two of her friends for helping her in this journey – Sharanya Sridhar, friend and fellow vegan, and Susmitha Subbaraju, owner of Carrots, the vegan restaurant in Bengaluru.

After completing her Bachelors in Mass Media with specialisation in Advertising, was offered a copywriter’s job within three days of her final exam. By the time she was five years into her career, veganism had become a dominant force. She says, “Being part of the vegan community, I saw there was growing and genuine interest in adopting a vegan lifestyle. And that resulted in a huge demand for dairy alternatives. I wanted to provide those alternatives.”

That’s when she decided to take the entrepreneurial plunge. “I did enjoy my stint in the advertising sector. I learnt a lot. But I wanted to pursue my passion for veganism by doing something more constructive than just being an active advocate.”

She quit, worked as a chef for about seven months at Yogisattva, a gourmet, organic, health-based company, and followed up with a month-long internship at Carrots restaurant to learn the basics of running a business. “I learnt a lot and am eternally grateful to both businesses for [generously] accommodating me.”

The next few months were spent experimenting with vegan cheese recipes and working on getting the design and packaging in place. Next, she held a recipe tasting session during the monthly vegan potlucks in Mumbai. Seeing the positive response, she hosted another round of potluck to launch Cowvathi in June 2017.

Eight months into her journey as an entrepreneur, Shasvathi says she couldn’t be happier. “The biggest advantage is knowing that I'm capable of making a change, no matter how small it might be, in the larger picture. When customers writes back to me telling me how much they loved the vegan cheese, all hardship flies out the window. I love how my business is inclusive. I have so many orders from non-vegans, some because they want to make the switch and are looking for alternatives and from others who are just curious.”

Shasvathi began preparing herself a year and half prior to taking the entrepreneurial plunge. “To save money for my venture, I stopped all frivolous expenditure.” She says she transformed from being a compulsive online shopper to buying what is absolutely necessary. “Today, whatever I earn today goes right back into the business.”

Every morning, she heads to her small kitchen space-cum-studio in Vashi, Navi Mumbai, cleans the place and gets down to the tedious process of making the vegan cheese. Each batch takes her close to two hours and the cheese is sent out three to four times a week. Shasvathi now plans to expand her product portfolio to include more dairy alternatives. “Probably mayonnaise is next,” she says.

She also offers vegan cookery classes specialising in dairy alternatives. “The cookery classes are also a great way to show people how veganism is affordable and isn’t an expensive lifestyle as it is falsely propagated to be.”

The entrepreneur believes now is a great time to be running a vegan business. There's plenty of support from the community, with more and more small businesses opening up across the country. Veganism is no longer an obscure way of life. So many cafes and restaurants have dairy-free options, mock meat options and such. Her dream is open a Cowvathi Café. “It’s a long way off. But I'm hoping to get there one day.”

Having become a vegan and pursuing her passion her veganism through Cowathi, Shasvathi concludes, “Veganism is the best thing that happened to me; because there can be no excuse for animal abuse.”