What's so 'happy' about Women's Day? 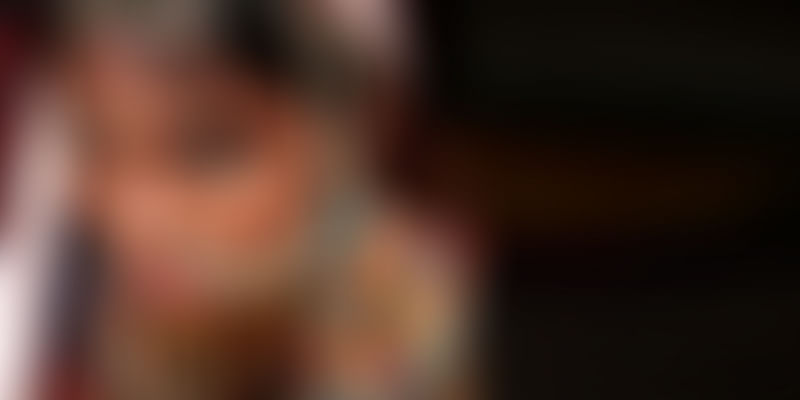 For once, shouldn't we throw political correctness out of the window and aim to have a just society where we actually have reasons to rejoice?

The day’s not even done, and I want to throw up. I mean, really BARF like Stewie does so often in ‘Family Guy’ (no, I am not being a snob here by this mention. I am not a fan either, but when you have a teenager who gets his dose of wry humour from the American TV series, you have no choice but to watch it occasionally).

Why this retching feeling, you ask? It should be obvious by now. Even as my WhatsApp is doing overtime, burdened with the saccharine sweet messages like ‘Happy Women’s Day’, ‘Women should be celebrated not just today but always’, I am finally able to truly comprehend ‘death by chocolates’.

I am not much for such commemorations. Anyway, wasn't the significance of the day lost in these modern times the moment it was hi-jacked for commercial interests? Plus, when you have a day commemorating emojis (yes, there’s a World Emoji Day on July 17), I can only roll my eyes at this banality.

Coming to the point why I disagree with Happy Women’s Day is because a simple greeting has almost become a sloganeering. And the only thing I can think of this righteous outpourings is to flush it down the toilet.

This is not merely a rhetoric outburst. Consider these statistics if you are that kind of a person.

According to the World Economic Forum’s (WEF) ‘Global Gender Gap Report, 2017,’ India ranked 108, slipping 21 slots on the WEF’s index. Surprisingly, it ranked lower than China (100) and Bangladesh (47). The report benchmarks 144 countries on their progress towards gender parity across four thematic dimensions: Economic Participation and Opportunity, Educational Attainment, Health and Survival, and Political Empowerment. The 2017 edition also analyses the dynamics of gender gaps across industry talent pools and occupations.

According to the report, “India has closed 67 percent of its gender gap, less than many of its international peers.”

Nonetheless, the global gap too has widened. “A decade of slow but steady progress on improving parity between the sexes came to a halt in 2017, with the global gender gap widening for the first time since the WEF’s report was first published in 2006,” the report said.

Salaries are decided on the basis of gender, and that is a fact. A fact that is becoming difficult to digest. If you disagree, consider the Monster Salary Index (2016), which states that men in India earn 25 percent more than women, and that gender continues to be an important parameter in determining salaries in India. According to a report in ‘The Mint’ newspaper, “The gap has narrowed by two percentage points from 27.2 percent in 2015 and is closer to the 24.1 percent in 2014. About 68.5 percent women at Indian workplaces also feel that gender parity is still a concern and the management needs to ‘walk the talk’.”

In the age of Jio and free data, she remains offline. In an excellent review of India’s digital gender divide, Sahil Kini, Principal, Aspada Investment Advisors, writes that India accounts for nearly half the digital gender gap worldwide, even though we account for 12 percent of the total internet population.

“There’s something rotten in the state of Bharat’s internet. I will come right out and say it. There are too few women online. According to the latest Unesco survey, more than 70 percent of internet users are men. And that’s just wrong. To make matters worse, we aren’t talking about it enough,” he writes.

The beginning of last year saw an avalanche of workplace sexual harassment complaints. From big daddy corporates to the swag startups, workplaces suddenly seemed to mimic the dark, dingy underbelly of the fictional Gotham city.

An IndiaSpends report states that there has been an increase in reported cases of workplace harassment against women. The report says, “Between 2014 and 2015, cases of sexual harassment within office premises more than doubled -- from 57 to 119 -- according to National Crime Records Bureau data. There has also been a 51 percent rise in sexual harassment cases at other places related to work from 469 in 2014 to 714 in 2015.”

A Truecaller insight report that landed in my inbox yesterday to mark International Women’s Day (*eye roll*), says one out of three women in India receives sexual and offensive calls or SMS.

These are but just a few examples of why there’s nothing ‘happy’ about March 8. And if at all this commemoration hopes to achieve anything, let it be an improvement in these four parameters. Till that happens we will continue to do what we do well and hope for the best.

As a WhatsApp forward reminds me: "Women are angels. When someone breaks our wings, we continue to fly... on our broomsticks !!! We're flexible that way. Happy women's day !!" This I agree.