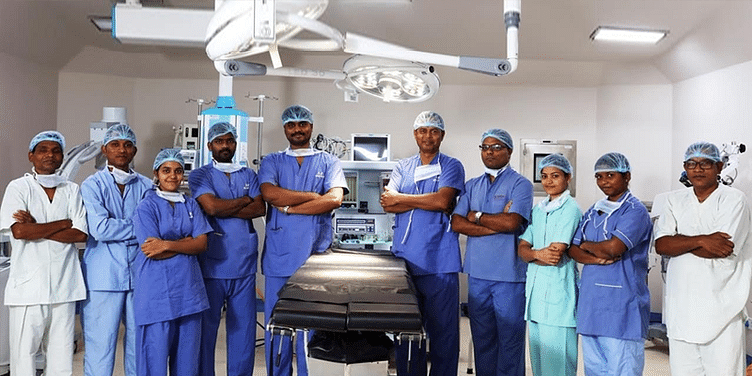 A green umbrella of trees greets people driving from Bastar to Bijapur in Chhattisgarh. With over 6500 sq km of dense forests, rocky hills and the Indravati river flowing through it, this district is rich in flora, fauna and minerals, and home to several wildlife species like tigers and panthers. It also happens to be one of the 115 ‘aspirational districts’ across India low on the development frontier, earmarked for social and economic transformation to come on par with the more progressive districts in the state.

Unlike its namesake in Karnataka known more for its historical monuments, this Bijapur’s claim to fame has a grim edge, the idyllic exterior notwithstanding.

A part of Bastar division in the state’s southernmost region bordering Telangana and Maharashtra, the area is a hotbed of Naxalite activity. And that’s why till a couple of years back, its residents, mostly tribals, had to travel 160 km to the hospital in neighbouring Jagdalpur for emergencies like a cesarean surgery and other simple medical procedures. Because there simply weren’t enough qualified and trained doctors who were ready to risk their lives and come and work at the district hospital in Bijapur. The outcome was often tragic, with a number of maternal and infant deaths being recorded, which could have been avoided with timely medical intervention.

But all that changed in 2016 when Bijapur got a new District Collector. Apart from being an IAS officer from the 2009 batch, Ayyaj Tamboli was a doctor himself and came with an insider’s instinct and understanding of how best he could remedy the situation. His first port of call was to upgrade the ill-equipped district hospital, using funds from the National Health Mission and the District Mineral Funds. With a new ICU, two new operation theatres, a blood bank, a 150-bed facility, a spacious maternal and child healthcare unit, and other advanced equipment in place, all they needed were trained doctors, specialists and paramedical staff who could do justice to these.

Tamboli decided to directly appeal to his fellow doctors by harnessing the power of social media. He shared a post on platforms such as Facebook and WhatsApp, which was widely circulated. In his post, he described the situation and invited qualified doctors to apply for positions at the Bijapur District hospital. He promised them salaries on par with those offered in cities and other incentives like free accommodation. To make it more appealing for doctors with families, he also promised to help with employment options for spouses in other government institutions, and even offered to secure school admissions for their children, if any.

He rightly surmises, “Most doctors want to be in metro cities or urban areas. That’s why we need to create the same kind of facilities for doctors in rural areas. It is important to have an infrastructure that attracts doctors.”

The post piqued the interest of the medical community across India, especially the younger lot in their late 20s and early 30s. “Within three days of posting the appeal, I received 46 resumés from specialists and 66 resumes from MBBS doctors who were ready to come here,” he said.

The resultant outcome of this transformation? The Bijapur District Hospital has won 2nd place in the Kayakalp Awards 2017-18 for health facilities instituted by the National Health Mission, with a cash prize of Rs 20 lakh. The hospital treated almost 1 lakh patients in 2017-18. It has a 24x7 provision for child-birth, free radiology and physiotherapy, as a result of which, the hospital handled 1,200 childbirth cases, of which 199 were cesarean surgeries in the same time period. It also conducted 2,000 other operations, including laparoscopic surgery, for free. In fact, the success of the model has prompted authorities to implement it in other Naxal-affected districts in the state which also face a similar shortage of good doctors.

Service to patients, service to the nation

As for the doctors themselves, they are happy to be doing what their profession requires them to do: come to the aid of those patients who need their help, on time and in an efficient manner. According to Dr Nagulan, even some private hospitals don’t have the kind of advanced facilities and equipment available at the Bijapur District hospital.

Dr Choudhary and his wife live in a two-bedroom apartment in the transit hostel for doctors on the hospital campus. His wife now teaches at the government school in Bijapur.

Before they took the decision to move to Bijapur, the couple decided to visit the place and see it for themselves. With verdant forests lining the road on their drive to Bijapur, the rain-drenched beauty of their surroundings was something they had never seen before, says Dr Choudhary, so much so that they were “singing in the rain”. So it made their decision to move even easier.

When he informed his friends and family about his decision to move to Bijapur, they dissuaded him, saying it was a Naxal-hit region. However, Dr Choudhary adds, he wanted to work in an area where there was a real need for doctors. He says, “Earlier, people from here had to travel 160 km for treatment, but not anymore”. And this aspect of serving patients who are in desperate need of quality medical treatment, gives him and his brethren a sense of immense satisfaction.

The Bijapur District Hospital is on a mission “to make quality healthcare accessible and affordable to the most neglected sections of society”. If you are interested in being a part of this initiative, please visit the hospital’s website to know more.