In a man’s world, how Durga Chandrasekaran entrenched herself in the driver’s seat 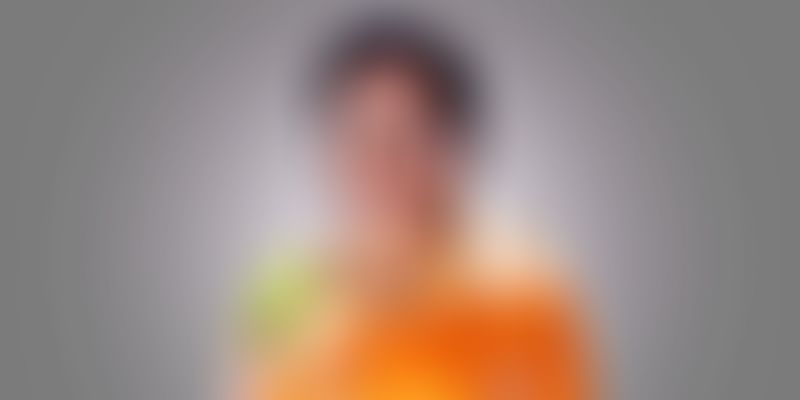 The 60-year-old’s driving school in Chennai has trained thousands of women to ride two-wheelers over the past 23 years, and has been a beacon of road safety awareness.

Durga Chandrasekaran is a household name in Chennai. If you were a 90s kid and wanted a licence to zip around on your Sunny, or needed to learn how to work the stick shift of your dad’s Maruti 800, it was a given you sought out her driving school.

Since she set up the school in 1995, Durga has been equipping generations with the confidence to navigate the busy city roads. Along the way, she has earned a reputation for being a formidable businesswoman, a paragon of women empowerment, and an advocate for road safety. But over four decades ago, she was just a naive, small-town girl in the big city of Madras, married off at the age of 17 and suddenly running a house.

“I was from Kumbakonam and found Madras overwhelming. The lights, the trains and the huge buildings. It was all new to me,” the 60-year-old recalls. Still a teenager, she had her first son and, at 22, came the second. Her husband’s work took him to the Gulf, and the young mother had to take care of her sons, her in-laws and oversee the construction of their house all on her own.

“I didn’t even know how to ride a cycle those days, so imagine how I must have felt,” she laughs. When her husband returned to India, the first thing he got her was a TVS Champ; he also taught her how to use it. She took 20 days to master the vehicle, and so began the ride of a lifetime.

The young Durga felt a veil lift off her and a sense of freedom replacing it when she was on her vehicle, running errands for the house. Unknown to her she seemed to have inspired the neighborhood women to follow suit. “There were three women who wanted to learn to ride the scooter, but were scared to learn from their husbands. I told them I would teach them how to ride, and soon they were riding too,” Durga says. Now, this may not seem like a big thing today, seeing a woman ride a scooter. But, in the 80s, women still performed assigned roles of mother and homemaker, and the few that did work used public transport to commute. So Durga’s makeshift, informal training was a window of opportunity and held great promise of independence to these women.

But as it is for a woman in a man’s world, Durga faced roadblocks from the beginning. “Seeing me teach a couple of women on the road, established driving schools complained to the Road Transport Office (RTO) saying I am teaching hundreds of women without a licence. But I turned this into an advantage and established my business,” she says, adding that she obtained a licence to set up her driving school in 1995 out of her house. But her driving school was unique: it was not to teach how to drive a car but for people, predominantly women, to learn to ride a two-wheeler. Durga recalls,

I was the first person in the world to set up a driving school where people could learn how to ride a two-wheeler. I still remember the ad we put in a local newspaper; we captioned it as ‘Driving is not the privilege of men’ and promised freedom on wheels. I got 60 calls the first week.

Pledging her jewellery, she bought a Sunny for her company and the first person she trained was a woman who lost her husband to a road accident. “Teaching her made me resolve to take the lesson of road safety to people,” she says.

Soon, women, who feared learning from their impatient husbands, thronged Durga Driving School. “Over the years, nearly 50,000 women have learnt to ride a bike and gained their freedom,” Durga says.

In 1999, she started driving lessons and became famous for her one-to-one training.

The local RTO, for anyone who has needed to get a licence for a vehicle, is the stuff of nightmares: surly officials, impatient instructors and swarms of people jostling for the attention of the person who will sign off on their learner’s and permanent licence. In Chennai’s RTOs, though, whisper the name ‘Durga’ and your troubles will evaporate. The process is a breeze.

“It was not easy to get to this point. A lot of people tried to stand in my way, especially since I am a woman who started her own business and taught other women to dream big as well. Even my own staff has taken advantage of me over the years, and trained instructors left the school without warning, but I held my own and managed to get through difficult times,” Durga explains.

Indeed, it is this grit and fearlessness that she is known to impart to the many women who come to her driving school. Learning to ride a bike is not just acquiring a skill; for many women, it meant unfettered access to their dreams and independence.

“I used to ride a big motorcycle that men usually ride and instill confidence in these women, that we too can do what we want if we set our minds to it,” Durga says.

Thirty-three-year-old Shanti is a homemaker but is not confined to the house anymore. “Learning at Durga Driving School has made me so much more confident. I want my daughter to learn too and become independent,” she quips.

Ask Durga what has been memorable in her path to success, and pat comes the reply: “It is the sense of freedom and ambition I have managed to plant in so many women. They not only learned to ride scooters but many went on to achieve other dreams they had.”