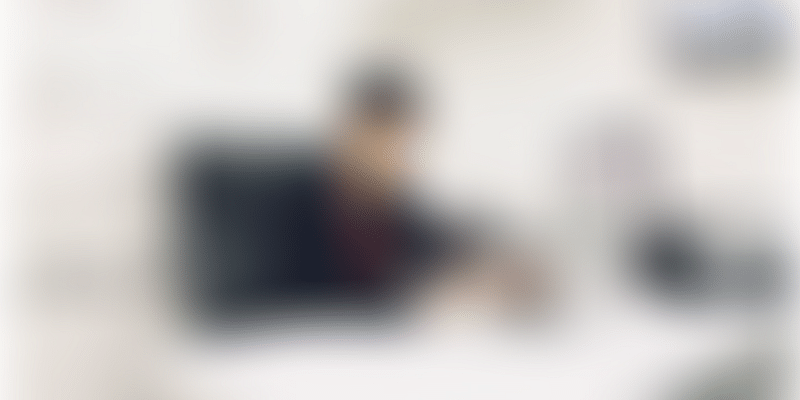 This Ahmedabad-based startup took to building apps for businesses ahead of its peers. Seven years and 2,000 apps later, it has an office in New York, and over 3,000 clients across the globe.

Based out of: Ahmedabad (with an office in New York)

Mobile apps are ubiquitous now. The app economy is thriving and is projected to reach $6.3 trillion in 2021. But back in 2011, the world of tech was nothing like it is today. It was largely focused on websites and ‘going digital’ meant starting one. The vision for mobile apps was non-existent, at least in India.

It was then that Harnil Oza, a twenty-something MCA dropout from Gujarat Technological University, started Hyperlink InfoSystem in his Ahmedabad home. He had no prior knowledge of setting up a business. He hadn’t even held a job until then. But, he knew how to code and programme. So, he started up, got hold of a few “techie friends” and began to develop mobile apps.

The real thrust came in 2012 with the launch of the iPhone 4, and the demand for iOS apps — and apps in general — surged. By 2013, Hyperlink had grown to about five people who were developing apps for both iOS and Android platforms at discounted prices.

The same year, Harnil & Co. moved to an “office space in a reputed building” in Ahmedabad — a kind of workspace he’d always dreamt of. Last year, Hyperlink opened its first office in New York’s World Trade Center, and Harnil is now a green-card holder, something he cherishes.

Between 2013 and 2018, Hyperlink has serviced thousands of clients across India, US, UK, Canada, Japan and parts of Europe, developed over 2,000 apps for multiple industries (restaurants, healthcare, transportation, social dating, etc), and emerged as a leading app development company in the world.

“A lot of our growth happened in 2013 itself when there was no competition. Not many app developers existed then, and we landed some good projects. Android was also improving even though it was expensive. But, good hardware could support a range of apps and other software.”

In 2016, Clutch.co (a US-based research firm that lists and rates IT services) ranked Hyperlink as one of India’s top app developers, and hailed it for being “able to create a dynamic and cost effective solutions for its clients.”

Hyperlink employs over 150 people in India, and besides developing apps end-to-end, it also creates web design, does corporate branding and identity creation, and more. Soon enough, it is getting into home automation and the Internet of Things (IoT). Newer technologies like augmented reality (AR) and virtual reality (VR) are also being experimented with.

“We did some VR work with Google in San Francisco recently,” says Harnil. “Home automation is what we are working on now. We are building the wireless systems that connect smart devices like Alexa to switch boards in homes,” he adds.

Why emerging tech? Have opportunities ceased to exist in the app economy?

“Mobile apps are saturating now. The growth is flat. Everyone is building an app, some are doing it themselves. IoT, AR, VR are the next big trends in tech. In 2-3 years, the connected car industry will also grow. We’ll look at that too. It is important to stay relevant with changing technologies. That to me is innovation.”

Hyperlink today competes with scores of other app developers in India and abroad. But what separates it from the rest is its pricing. The company’s core business model is to offer “discounted app development”, either contractually or through retainerships, what it calls “app maintenance fee” which is in addition to the one-time app creation fee.

The impact is most felt in the US and the UK, where clients can get the job done at “50 percent less cost” than they would otherwise incur.

“This discounted pricing has helped us grow. We have over 3,000 clients internationally. In India, hardly have 60-70 clients, because Indian companies don’t have budgets for apps.”

“What is important here is even though we build apps at low prices, we do not compromise on quality,” he adds.

About 30 percent of its clients are large corporates, 40 percent are startups (for which rates are further discounted), and the rest are mid-level companies.

Hyperlink, which turns seven this year, has run on Harnil’s family finances. In that sense, it is not bootstrapped, but funded fairly adequately. The founder has so far resisted angel investors and VCs to “avoid interference”.

“We are a zero-debt company and yet we manage to generate a positive cashflow. My father’s financial planning has helped.”

Hyperlink has also gained from being a member of GESIA, Gujarat’s ICT industry association that nurtures, fosters and tracks companies in the sector. “It is like Gujarat’s NASSCOM,” says Harnil. “It helps us take part in events, connects us with industry people, networks and so on.”

Harnil, like umpteen college dropouts, has managed to create a sustainable business in Hyperlink InfoSystem. What did he learn being an entrepreneur?

“Patience and crisis-management,” he says. “I am not the same angry young man I was.”