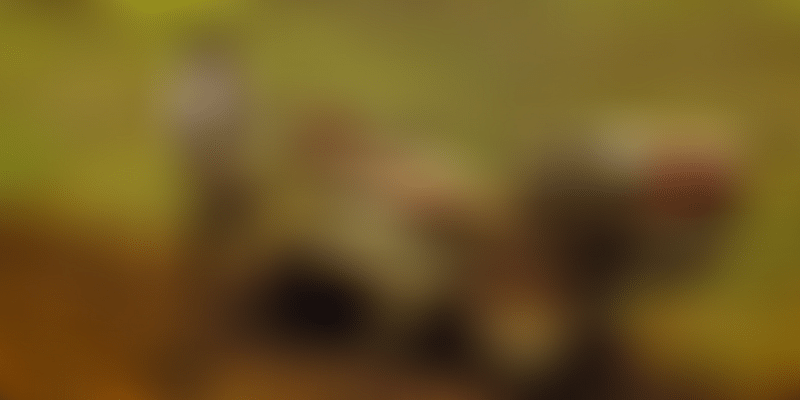 As Karnataka goes to the polls on Saturday, YourStory spoke to agri-based startups to gauge the mood of farmers, understand whether agricultural policies have empowered them, and what they expect in the future.

The share of agriculture in Karnataka’s state GDP has been progressively declining as also the area under cultivation. Three seasons of drought in the past five years, crop failures and farmer suicides, and yet, what it is ironical is the state continues to host the maximum number of agri-based startups in India.

What ails the agricultural sector in the state? Why is it that despite the introduction of technological aids, farmers are not able to reap rich harvests and better their lives?

An Indian Institution of Management (IIM) Bangalore 2018 report states: “Karnataka has adopted one of the most effective technology interventions in agriculture marketing. It has also put in place innovations for (rainwater) harvesting water to reduce dependence on the monsoon.”

An example being the state government’s approach to collaborate with agri-startups to provide farmers access to farm mechanisation through the establishment of 92 Custom Hire Service Centres (CHSC) in nine districts.

Viswajeet Sinha, founder of Oxen Farm Solutions who is keen to set up base in Karnataka, says, “We are keen to come to this state because mechanisation as an opportunity is great in Karnataka because farmers have a huge requirement of machinery and we could work out a pay per use model for them.”

While initially this scheme was open only to societies and NGOs, the model scaled and extended to startups, organisations and farm machinery manufacturers. This, Viswajeet believes, is an example of the evolving agri-startup culture in the state.

As Karnataka braces itself for polls YourStory spoke to agri-based startups to understand the pulse of farmers, gain an insight into the startup ecosystem in the state, the policies that have empowered them, while understanding their expectations from the government that will soon be formed.

Adopting new technologies by farmers is one of the main challenges faced by agri-startups.

“Typically what happens is that a farmer in one village is not aware of what is going on in another village. So the decision-making process, on what crop to grow, is based on what the neighbouring farmer is doing. Hence in a village what happens is all the farmers end up growing the same crop," Jyotiska Khasnabish, co-founder and CTO of KrishiHub, says.

"They don’t have a high level view of what is happening in their district. Our main challenge is educating them on what they should grow,” he adds.

KrishiHub started as a B2B demand-driven platform first, which enabled farmers to sell their crops directly to different businesses like restaurants, hotels and large cafeterias. Presently they are now working towards building technology platform for crop advisory and agri inputs through their mobile app.

While Digital India and Jio has managed to bring broadband and internet facilities to rural Karnataka, Abhilash Thirupathy co-founder of Gold Farm, says that there remains a lack of awareness among the farmers who are still apprehensive of technological interventions in farming.

“For the farmer it is still all about the loan waivers,” he adds.

Balaji Balaraman, co-founder of Karnataka-based Nature Land Organics who works with over 2500 organic farmers in Karnataka, says that erratic rainfall has been a major concern.

To mitigate water shortage and reduce dependence on rain, the state government has introduced schemes like Krishi Bhagya and Krishi Honda to encourage efficient use of rainwater through the adoption of modern technologies, including drip and sprinkler irrigation methods. However, Balaji believes that these schemes have done little to ease the farmers’ woes.

“If the government introduces a subsidy or a programme which can actually motivate farmers to adopt drip irrigation, cultivate other (non-water retentive) field crops, or get into an arrangement with NABARD for subsidy — the farmers’ lives will be improved,” he shares.

While the long standing demand of the farmers to raise the Minimum Support Price according to MS Swaminathan committee recommendation is yet to be implemented, agri-startups have tried to provide financial assistance by providing them direct market linkages.

Balaji, whose startup is involved in procuring, processing and selling the farmers’ produce directly to consumers, says that the government needs to build a value chain bringing the farmer and the processor together.

“The government has to enable an infrastructure which brings in parties like us from other parts of the country to Karnataka. If sops around the land or indirect benefits like electricity are offered, we can set up the entire value chain or an entire rural food processing unit. We can actually provide employment to the people in the area and empower the farmers,” he adds.

The biggest support for most of these startups have been the central government’s Startup India initiative. “The policy that has worked most for us is the tax exemption for startups recognised by the Startup India programme,” Jyotiska shares.

Presently eligible startups can claim tax deduction for three out of seven years, if incorporated between April 1, 2016 and April 1, 2021.

Edvin Varghese, founder of Mandi Trades, advocates for scrapping of the APMC law to enable farmers to sell their products directly to consumers or companies. His startup not only helps farmers sell their produce directly to the consumer and eliminates middlemen and local traders, but also provides technological data and solutions to farmers to boost their harvest.

Approximately Rs 35,000 crore worth of produce is transacted in the state’s agriculture markets or APMCs.

“The amount that comes back to the farmers is almost negligible due to a plethora of reasons - fragmented markets, information asymmetry, indifference to quality, low transparency, opaque bidding process and lack of financial linkages,” the IIMB report on E-initiatives To Improve Farm Income says.

Hence the state government, along with NCDEX eMarkets, established a joint venture known as Rashtriya eMarket Services (ReMS) to bring in efficiency and transparency in agricultural marketing through a unified market platform (UMP). Presently 36,000 traders have been issued ReMS licences, enabling them to trade online, while discovering the best prices for their produce.

Among the startups there is a clarion call for greater and frequent dialogue facility with the state government either through a working group or through an incubator cell similar to the Telangana government’s T-Hub.

“We don’t have a specific platform to interact with the government; if we want a partnership to work, or want to work on a pilot project there, there is no transparent platform available where we can reach out to them for support,” Jyotiska says.

There is also a need for an “interactive discussion centre” to enable dialogues and conversations between startups. Abhilash says that since the agri-sector work is spread across India, every startup is working in some small town, or village. This geographical divide hinders growth, and they are unable to connect with other players to learn and share the best practices to mitigate various challenges faced by the farmers and the agri-sector.

Presently the state government, in collaboration with Microsoft, and agriculture and horticulture universities, have developed a platform to bring together farmers, researchers and policy makers. Through dialogues and policy studies, these stakeholders are establishing a permanent structure for estimating cost of cultivation.

Edvin concludes, “For adoption of technology, the state government needs to create a working group comprising CEOs and the CTOs of all agri startups, organisations and farmer groups, that can help them discuss how farmers’ lives can be improved, and who can then advise the government. This will hopefully, help us double the farmers’ income in accordance to the prime minister’s vision.”