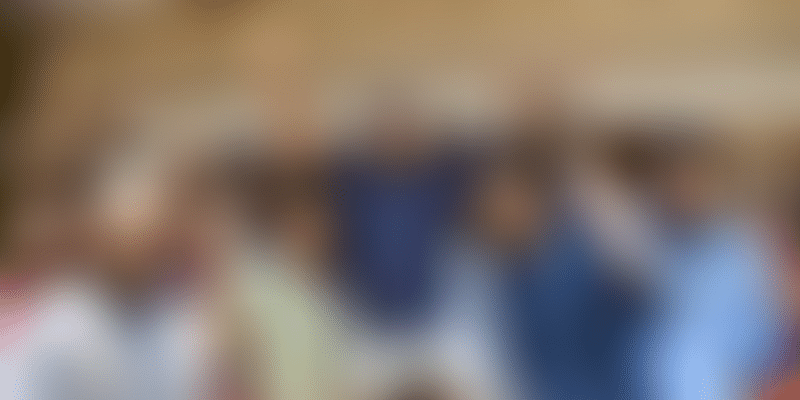 Super 30, the academy of the much-famed math wizard and about-to-be-immortalised-by-Bollywood Anand Kumar, has notched up another record. Twenty-six out of the 30 students who were trained at the institute have cracked the IIT-JEE exams. The results were published recently. In 2017, all the 30 students coached by him had cracked the JEE-Advanced examination held for admissions in Indian Institute of Technology (IIT).

The organisation that trains only 30 meritorious students from mostly the underprivileged sections for the JEE exams, has so far graduated over 500 students. Most of these students here are children of taxi drivers, farmers, masons, and daily wagers, and are mostly affiliated to the Bihar School Examination Board. During the one-year-long training, Anand provides food and accommodation to all the students and his family members too, if need be. In a conversation with The Quint, he said,

It is immensely satisfying to see students from the remotest corners, where winds of development have not reached and life continues to be a struggle, competing with the best and the privileged lot.

Onirjit Goswami, oen fo the students who cleared the exam, said, “I can never forget the kind of support Anand Sir has provided to students like me."

Most of the students who have cleared the exam come from humble backgrounds. In 2009, Anand also entered the Limca Book of Records for this feat. Anand is also looking at reaching out to more students and IIT aspirants. Recently, a Bollywood biopic on Anand starring actor Hrithik Roshan was announced, says The Hindu. In 2015, Anand received 'Maharishi Ved Vyas National Award' from Madhya Pradesh Chief Minister Shivraj Singh Chouhan in Bhopal for his contribution in the field of education.