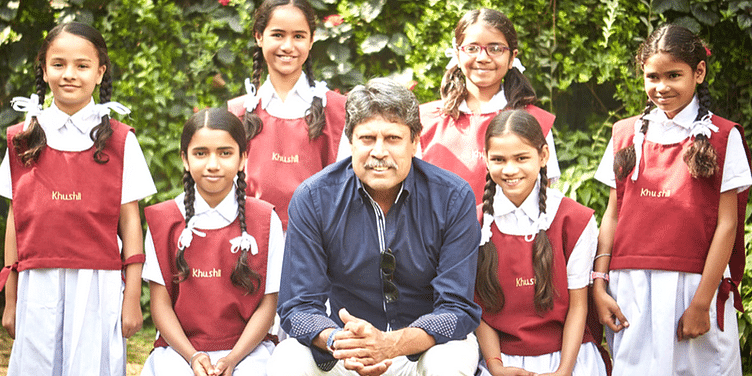 At 28, Santosh managed to finish her Class 10 board exams in 2017. Orphaned at a young age and married off early, Santosh’s husband was the sole earning member of her family. Ten years after her marriage, in 2015, her husband died, and she had to move to the resettlement area of Sangam Vihar in Delhi with her three children. Life took yet another an ugly turn a year later when her six-year-old daughter was abducted and raped. It was found the girl had not only severe genital injuries, but was also suffering from post-traumatic stress disorder.

At this juncture, Santosh turned to an NGO to gain support and assistance for her daughter’s recovery. Further, she was also provided with a stable employment opportunity at the Khushii Shikshaantra School in Devli, South Delhi, which boosted her morale and financial support. She also found strength and support here to restart her education at the National Institute of Open Schooling.

The story of Santosh captures the vision and the expanse of work carried out by legendary cricketer Kapil Dev’s NGO Khushii (Kinship for Humanitarian, Social and Holistic Intervention in India).

Explaining his vision, Kapil Dev says, “At Khushii, we strive to be free in giving, to work holistically for the less-privileged communities, and take every chance to tirelessly create and spread the positivity of being, and happiness of life. We all have our own dreams, but to work selflessly towards the fulfilment of others’ dream takes determination, dedication and discipline.”

In the early 2000s, Kapil Dev debated for the need to create an institution which was dedicated to working for community development and providing education opportunities to the underprivileged. He discussed his vision with few ‘like-minded people’ about utilising their time constructively.

“We were all from comfortable backgrounds and in stages of our lives where we wanted to work towards something which was not only constructive, but something that was much ‘needed’. All of us who came together to create Khushii had previous background of working as volunteers with a number of welfare organisations and NGOs,” he recalls.

The organisation aimed to work for the upliftment of the poor in both rural and urban areas, helping them to discover alternatives that would lead to their socio-economic independence, self-sustainability and better health.

India has a whopping 400 million citizens below the age of eighteen, and it also has world's largest child population. A staggering proportion of these children go through their childhood without their basic needs met.

“We came to the conclusion that lack of education is the core of all the problems in our country, and keeping that in mind, we channeled our main focus to be in remedial education,” Kapil Dev explains.

While a lot has been done by the governments towards recognising and provisioning of inputs and infrastructure under the Right to Education at government schools, there has been a neglect in defining the grade-level capabilities and lack of measures for mapping the ‘learning levels’ against any set standard.

The first Annual Status of Education Report (ASER) Survey in 2005 had reported that the proportion of Class 4 children in India, who could read a Class 2 text was only 47 percent. The reason for poor learning include non-availability of professionally-trained teachers and adverse Pupil Teacher Ratios (PTR) at the school level, which is as high as 41 and 54 in certain states.

In response to the pronounced need, Khushii is working towards improving the quality of school education and learning outcomes of children from low-income communities through their Education Project of Shikshaantra and Shikshaantra+.

“We are a childcare organisation and most of our work focuses around children. We attempt a 360-degree approach by working towards strengthening the families of our beneficiary students on key aspects like health, nutrition, sanitation and livelihood through our Community Development Programme, Shiksha Aur Vikas,” says Aanchal Singh, CEO of Khushii.

Their mission is to work within the premises of the government schools and give these children “a better school experience”.

“Our USP is the model of execution, which works towards strengthening the way education is delivered at government schools for as less as Rs 200 for a child per month, without duplicating the costs incurred by the government department – hence ensuring maximum impact per rupee spent,” Aanchal explains.

The organisation uses apps such as English Edge for spoken English at schools, and Skype for training of trainers (TOTs) nationally. While the NGO is based in Delhi, its programme is spread across Andhra Pradesh, Telangana, Rajasthan, Haryana, Karnataka, and Maharashtra.

Presently, the team has impacted more than 21,500 children, through its multiple education projects.

Taking forward the mission, vision, and objective of holistic development, one of Khushii’s project includes combating the poor sanitation, health and hygiene of Mukundpur village in Delhi.

“One of the schools we support in Mukundpur - Nagar Nigam Pratibha Bal/Balika Vidyalaya – has been awarded for the remedial education it provides. The school has 5,000 children registered at the primary level so far. Now, we’re also taking steps towards moving on to the community and houses of these children, so that we can support them and work right from the grass-root level,” says Roshni Nath, who leads the Mukundpur project.

Roshni is presently working on varied campaigns to create awareness about menstrual hygiene among women. The Mukundpur community has a population of roughly 2,00,000 people. The baseline surveys have been initiated, health camps have begun, and awareness programmes are taking place on a regular basis. The government has also extended its support to the programme.

“Mukundpur is a three-to-four year project, which we hope will lead other communities to improve their physical conditions on factors such as sewage sanitation, better-kept houses, and cleanliness and hygiene,” Roshni shares.

Established 14 years ago, Khushii has been taking small steps to ameliorate these conditions.

The team is looking to expand the fundraising team – both individual partnerships and corporate partnerships – to other locations, and engage in digital fundraising drives in a substantial manner. They are also looking to start their education projects in Surat and Ahmedabad in Gujarat.

Their other community engagements include Neemrana Development Project - the construction and access to toilets and schools, establishment of a telemedicine hospital, starting ‘Kala’ centres and organising health camps in 97 villages in Neemrana Block; Daadi-Daada Project - a day care for elderly; Khushii Cares - supporting street children at Nizamuddin Railway Station, New Delhi Railway Station and at Paharganj; 100 adult education centres for 2,000 women; and gynaecology camps organised for community women and school girls to undergo check-ups for cervix and breast cancer every year.

“Witnessing the commitment of Khushii, our governing board, and the teams, I am doubly convinced about a group effort, and how it contributes towards the development of a society and in turn, an entire nation,” Kapil Dev concludes.