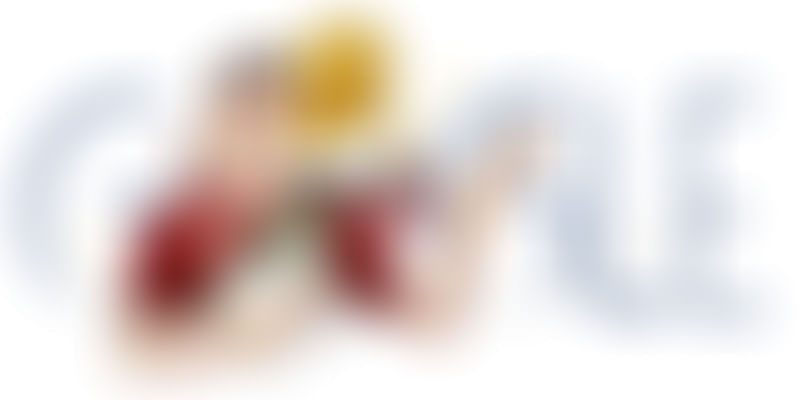 Today's Google doodle, created by illustrator Aditi Damle, depicts a woman with perhaps the most captivating pair of eyes - but the more you read about the flamboyant artiste, the more accurate that illustration will seem. The elusive-seeming figure, covered in fine lines of pearls and rich fabrics, is none other than record-setting - literally and figuratively - Indian singer and dancer Gauhar Jaan in her element, donning what she was famously known for. On why she is legendary and being honoured by Google with a Doodle on her 145th birthday, read on to find out:

1. Her parents and grandparents were all from different religions and ethnicities

She was born in 1873 as Eileen Angelina Yeoward in present-day Azamgarh, and then - the United Provinces, to a British grandfather, a Hindu grandmother, Armenian Christian father, and a mother who converted to Islam after separating from her husband, who wasn’t appreciative enough of her talent – thus christening Angelina as “Gauhar Jaan.”

2. Her talent was worthy of Kings' coronations

Everybody who met Gauhar was moved by her beauty, talent and grace, and after training in dance and music from a professional dancer at Banaras, she was appointed as the court musician in the courts of the Darbhanga Raj. She continued mesmerising her audiences with her high-pitched, flirtatious voice, and came to be known as Calcutta’s “First Dancing Girl,” after she started performing professionally. In fact, she graced the courts of several kings, and performed at King George V’s coronation, as well as in the durbaars of King Krishna Raja Wadiyar IV in Mysore.

3. She was the first Indian to record music on a disc

Arguably the most noteworthy facet of her legacy was that she was the very first Indian to record her music on 78 rpm records – which is to say that she sang into an apparatus consisting of a large horn affixed to a turntable, that rotated at 78 RPM. The Gramophone Company of India is the recording company that facilitated this, and they invited Gauhar Jaan into a hotel-room-turned-studio, to record a Khayal in Raag Jogiya. The disc was released in 1902, when Gauhar was all of 29-years-old. In the subsequent years, right up until 1920, she continued to record her music in over ten languages - Pashto, Hindi, Bengali, English, French, Gujarati, Marathi, Tamil, Arabic and Persian - and her work saw widespread commercial success. She came to make 600 records, and would even receive anywhere between Rs 1,000 and Rs 3,000 for her performances, which was a lofty amount at the time.

4. She wouldn't be caught wearing the same jewels twice

Some lesser-known facts about this big personality is that her music was secular and liberal – for example, the devout Muslim spared no efforts in recording music steeped in Krishna bhakti, as well, through her career. And on the stage as well as of it, she was a connoisseur of fashion, jewellery and clothing, and is known for her exquisite gowns and was rarely spotted wearing the same set of jewels.

5. Her face graced match boxes and postcards, but she died penniless

She was so iconic that match boxes and postcards of the time featured Gauhar Jaan deep in song and dance. However, in her last days, the diva’s family and ex-husband not only failed to support her in swiftly deteriorating health, but also plundered the wealth she had amassed. It is said that she died “nearly penniless” at the age of 57. However, her legacy lives on – in the audio album “Vintage Music From India,” she rests gracefully upon the cover.