Join the campaign that’s changing the world, one straw at a time 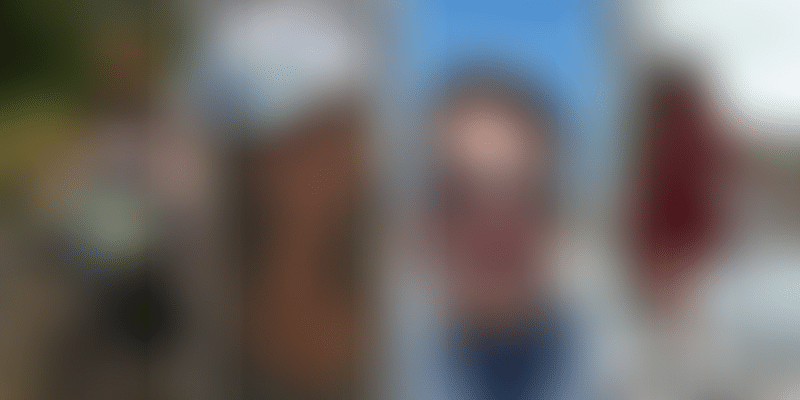 StrawsSuck, which aims to eliminate the use of plastic straws, had its roots in Vietnam, took shape in India, went big in Canada, and people from France and Australia volunteered to join in. Here’s how the idea spread far and wide.

Whether it’s fizzy drinks, coffee/tea, lassi or hot chocolate — most drinks served across the world in hotels, restaurants, and cafes, come with a straw.

Millions of plastic straws are used across the globe every day - enough to circle the planet more than two-and-a-half times! The US alone uses 500 million straws daily. Single-use plastic straws are now one of the ‘top 10 marine debris’ found on beaches. A report by Lonely Planet says that by 2050, there will be more plastic than fish in the ocean.

“It takes a mere 200 seconds to finish a drink with a straw, which then takes over 200 years to decompose,” says 35-year-old Kanishka Poddar, designer and owner of Mulberry Lifestyle, an online retail channel for men’s ethnic wear.

With the idea of making the planet “less dirty”, Kanishka, started the ‘Straws Sucks’ campaign. He believed by taking one step forward, he could embark on a mission to inspire others and make a difference.

Do you know straws take over 200 years to degrade? So do we really need it?

Kanishka was inspired by Canada-based ‘Sociable Kitchen + Tavern’ restaurant that saved over three million straws company-wide in a span of two years by adopting the "Straws on Request" policy in their establishments.

In January 2018, Kanishka and Keyanna Ehsani, his friend from Canada, were travelling across Vietnam where they came across many beautiful beaches in Mui Ne. To their disappointment, the shoreline was lined completely with trash, especially plastic water bottles, plastic caps, elastic bands, and straws.

“We decided to do something about it, asked for garbage bags and started to clean it all up. It was absolutely devastating to see so much plastic trash on the beach but after cleaning the stretch in front of our hostel, we were delighted to see the beach which looked way more gorgeous, serene and worth taking a walk on,” Kanishka says.

However, to their dismay the beach turned the same picture of filth the very next day, within less than 12 hours. Unfazed and determined, cleaning of the beach became a daily chore for the duo and their conversations inspired them to work on a long-term solution.

Being avid travellers the friends often noticed that most of the cafes and bars they visited would give a plastic straw by default in the drink or by its side.

“We were never given the option to say no to a straw and by the time our drinks were served, the straw was already added to the big plastic trash problem on our planet,” he adds.

After their vacation they continued to interact over social media; and connected with multiple groups of people while travelling and engaged in various conversations about ways to incorporate lifestyle changes which could help conserve the environment.

He turned to his friend Mansi Jain, who shared the same passion for travel and environment, to help come up with a long-term solution. Mansi, a 32-year-old writer and a director, too would “break down every time” she saw the trash generated by people and was upset by the utter lack of civic responsibility displayed by the public towards waste management.

It was during one of their conversations after the Vietnam trip where the basic idea of StrawsSuck brewed in their heads. Mansi took the help of a friend to design the first set of tent cards which explained the dangers of single use plastic and asked the consumers to avoid the use of straws wherever possible.

The dangers of single plastic

"In our country where garbage disposal and public hygiene is a major problem such steps can go a long way in not only sensitising people and businesses but also lead the way to bring about a much needed positive change,” Padamvir Sandhu from Shamiana restaurant in Udaipur says.

The problem extends beyond the unsightly flotsam and jetsam; the harsh fact is that they hurt practically all marine species. Not only can they entangle sea mammals, but because they are light and colourful, they entice many species to eat them.

Although straws amount to a tiny fraction of ocean plastic, their size makes them one of the most insidious polluters.

“You must have seen the heartbreaking video from 2015 of the sea turtle with a straw stuck in its nose; scientists and fishermen have found many fish and sea birds who have died from eating all or part of a straw,” Kanishka explains.

He believes every individual can make an impact and safeguard marine life by being a little conscious about their actions.

StrawsSuck started with an idea to reach out to cafes, restaurants and bars across the globe requesting them to adopt a ‘Straws on Request’ policy; to give straws to customers only when they specifically ask for one.

“Why are we targeting this slim, light drinking tool, though? For one, these straws are not biodegradable and because of their size and weight, they do not get recycled. Just visit any beach in India and you’ll see the evidence floating in the waves and half buried in the sand,” he adds.

Over the past six months, the five-member team have managed to reach out to 50 plus establishments who have said no to straws.

Keyanna Ehsani started working in Canada on StrawsSuck and managed to visit and talk to over 25 cafes to adopt straws on request policy. She is currently travelling through Europe to persuade other cafes to adopt this policy.

Christian from Toronto-based Kramers Bar & Grill says, “We don't serve straws anymore, unless asked to. We have few regulars who started using the same straw with multiple drinks. But the majority of clients are straw free!”

Adam Gardner, an intrepid traveller from London who is currently in Australia, helped Kanishka to build their website and is leading their project in Australia. He guides people on ‘easy alternatives’ to various plastic trash. Many have switched to metal straws while few establishments are thinking of opting for organic bamboo straws.

Ghizlane Meurger from Paris, who works in an event management company, helped Kanishka's team to reach out to cafes and bars in France. She has been practicing zero waste in her daily life.

Back in India, Mansi and Kaniska have managed to reach out to over 20 cafes/restaurants in Ranchi, Udaipur, Bandhavgarh, and Delhi to adopt the policy and give straws to customer “only when they especially ask for it.”

Based in Ranchi, Kanishka is also in-charge of printing the tent cards, posters and shipping to cafes and restaurant across the globe.

“We are taking it a step forward. Kanishka talked about saying no to straws which was a brilliant idea but we thought why just stop at straws? We decided to make our resort completely plastic free. The tent cards and poster are really useful to convey our decision to customers,” Rushi Patel, from Maati resort in Bandhavgarh, Madhya Pradesh, says.

The team is presently raising funds to extends their programme to restaurants and cafe across the globe and help them with the costs involved in printing. We wish them the very best and hope that this initiative helps us to take one step closer to conserving marine life and save water bodies.