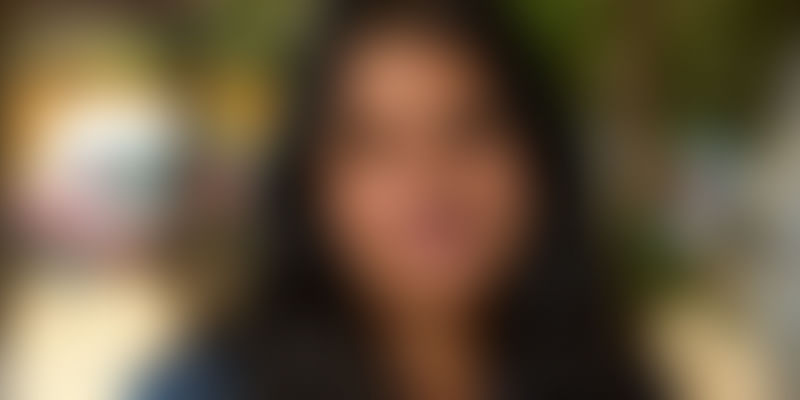 Meet Bhavani Iyer, journalist-turned-screenwriter who has written for films like Black, Guzaarish, Lootera, the TV thriller 24, and the much-acclaimed Raazi.

The recently-released Hindi film Raazi starring Alia Bhatt was a patriotic spy thriller that enthralled, not just for the originality of its story but also its hard-hitting screenplay.

One of the dialogues goes: “Humare itihaas mein aise kai log hai jinhein koi inaam koi medal nahin milta. Hum unka naam tak nahi jaante aur na hi unhain pehchante hai. Sirf watan ke jhande par apni yaad chhodh jatein hai. (There are many people in the history of our nation, who do not get rewarded for their services. We don’t know their names or their identities. They leave their imprints on the Indian flag.)”

Behind the powerful lines in Raazi is Bhavani Iyer, an award-winning screenwriter who has also worked on other path-breaking Hindi films such as Sanjay Leela Bhansali’s Black and Guzaarish, the fast-paced TV series 24, apart from some brilliant work in advertising.

From Bengaluru to Bollywood

Raised in an academics-oriented South Indian family in Bengaluru, Bhavani has no connection with films and remembers a childhood where she would hardly watch one film in a year.

When she was in college in Mumbai, pursuing an undergraduate degree in science, Bhavani worked as a trainee copywriter with an advertising agency. “That was the beginning of my professional relationship with words and writing. Following my graduation, I learnt about an opening for a sub-editor in a film magazine. I had no idea what that meant, but it sounded important and interesting. I worked with Magna Publications and Stardust for a year-and-a-half or so, but I knew that journalism was a part of my process and I wanted to write creatively. I met Anurag Kashyap while doing an interview for Stardust and after reading some short stories I had written he told me that I should consider screenwriting,” she recalls.

She soon met Vikramaditya Motwane, who had assisted Sanjay Leela Bhansali in Devdas. Sanjay was looking for a writer and asked Vikram about her. She met Sanjay, and Black was written within two months of their first meeting and went on the floors six months later.

“It was a strange, surreal phase. I couldn’t grasp all the amazing things that were happening so swiftly. My first released film as a writer was Black, but the first two scripts I wrote were for Vikram. Nine years later, one of them was made as Lootera,” she says.

Seeing her wide repertoire of work, Raazi director Meghna Gulzar met Bhavani and asked her to write for the film.

“Just the day before I had watched Talvar (which I had missed watching in the theatre). I loved the film so much, I could see the magic she had woven and I think I almost willed her telepathically to think of me and call me! She told me about the book; I read it, met her the next day and told her how I would tell the story. She saw the story exactly in the same way. So it was the perfect association,” Bhavani says.

Raazi derives its story from Calling Sehmat, the true story of an Indian spy who marries into a Pakistani family at the height of the strained India-Pakistan relations in 1971. How true is the screenplay to the book?

Bhavani believes writing for a book is an entirely different ball game, while screenwriting involves a completely different skill-set.

“As an author myself, I was very sure that I would not want anything to take away from the original author’s vision. Meghna felt the same way. Sehmat was a very well-researched and well-written character in the book. I knew all that she had done; I knew her courage, her strength and her journey. I needed to find her depth in my own way, which would be unique and distinct from the book. Her innocence and the gradual erosion of her ideals and her naiveté as she moved from one traumatic decision to another was very important to me. She could never come across as a callous, calculated killer although her actions are such – she eliminates when there is fear of her cover being blown. I always approached every scene where she needed to do this with her state of mind and I think that helped tremendously in the perception of Sehmat. Of course, Alia Bhatt’s performance was pitch-perfect and she elevated the character with her astute and instinctive understanding of Sehmat,” she elaborates.

Bhavani does not work on more than one film at a time. And she never carries the baggage of one project to another.

“I never carry the baggage of one project to another. I find it very easy to completely erase any emotion or memory from my mind once I’ve moved from one writing to another. It’s like the movie The Eternal Sunshine of the Spotless Mind; I am a clean slate when I start a new piece of writing. Only that writing exists for me then, and the characters and the world that I inhabit there are the only ones I know for that period,” she says.

When on a script, at times, Bhavani can write for 20 hours at a stretch and not even realise the passage of time. But she also admits that just as she dives in at the very deep end, she needs to swim to the shore very soon.

“I write pretty fast, I’m told, but I cannot write any other way because the process I work with is deeply immersive and staying under for too long can take too much out of me.”

Apart from screenwriting, Bhavani is working on a book titled Anon., an intensely emotional and dramatic narrative set in the Bengal of the 60s and 70s. It is the journey of two writers who are friends, and their unique and utterly different approaches and ideologies about writing. Their lives are intertwined and a dramatic event brings the two of them to face their biggest demons and use that knowledge against each other.

“I want to keep writing and keep being part of any kind of storytelling that makes people connect to the story. I want to write many more novels. I see myself eventually living in Canada in the freezing weather that I love like crazy and writing a couple of films a year. The rest of the time I can be an academician and a novelist,” Bhavani signs off.