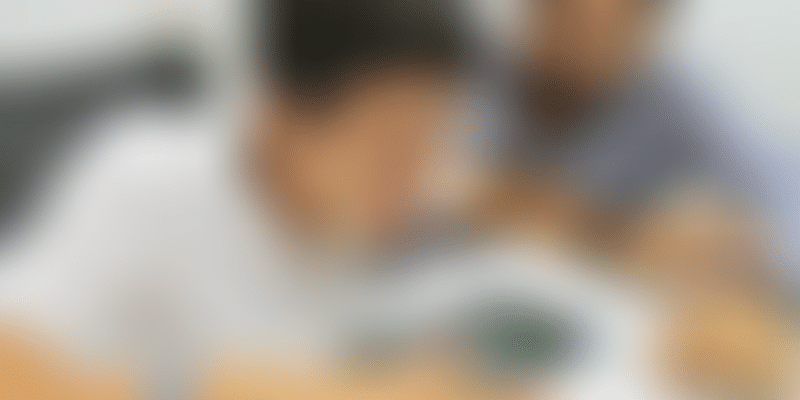 Otsimo, developed by Turkey-based Zafer Elcik, wants to reduce the stigma around disorders like autism, and democratise access to early education for children with learning disorders.

What do you do when your loved one is diagnosed with a mental cognitive disorder? How would one cope with treatment procedures, therapy, or other resources when living in a developing country where mental illness and disorders are seldom discussed ?

These were some of challenges and questions Zafer Elcik faced when his younger brother, Alper, was diagnosed with autism spectrum disorder at the tender age of two.

“When my brother was first diagnosed with autism, I would go with him to a special education school. However, I quickly realised there was not adequate access to treatment, therapy, or other resources for his growth and development. I was looking for ways to help my brother take his first steps towards becoming a self-sufficient child, as well as encouraging him to interact with other individuals,” recalls 24-year-old Zafer.

The motivation to help his brother and other families to learn core cognitive and social skills inspired Zafer to develop Otsimo, an android application.

Autism spectrum disorder, also known as autism spectrum, is a range of conditions classified as neuro-developmental disorders. Individuals diagnosed with autism spectrum disorder have difficulty in social communication and social interaction, and restricted and repetitive patterns of behaviour, interests or activities. Long-term issues may include difficulties in creating and keeping relationships, maintaining a job, and performing daily tasks.

Treatment efforts are generally individualised and customised to a person's condition. Medications, however, are seldom used to improve associated problems. The disorder is estimated to affect about 1 percent of people; the number was 62.2 million globally as of 2015.

To help his brother cope with learning through early and intensive education, Zafer opted for Applied Behaviour Analysis (ABA) therapy. ABA is an alternative education method that uses positive reinforcement techniques to foster core skills. However, the lack of access and availability in special education therapy in Turkey, his home country, forced Zafer to look for alternatives.

“Special education therapy has a long way to improve in both developed and developing countries worldwide. The tutors are expensive, and not every family has access to health care. Families across the globe lack the resources to access the therapy their child needs, whether it’s a result of lack of income, healthcare facilities, or generally the lack of service,” he shares.

Since Alper had a deep infatuation with technology, and given Zafer’s background in computer science and gaming, he designed an app. The idea originated in 2015, and after spending five months in R&D, Zafer launched Otsimo in 2016.

“Before I launched Otsimo, I asked families in the autistic community if they could change one thing about autism, what it would be. Many said they wanted friends for their child, which was not something I could directly solve. But, through a tool that will enable these children to develop cognitive and social skills, I wanted to integrate them into society throughout their life – starting with early schooling.”

He also worked closely with Sina Afra, Co-founder of the Turkish Entrepreneurship Foundation, to determine the right business model and scale the app worldwide.

“After using the app on a regular basis, my brother’s communication improved exponentially. I realised I wanted every child to have access to a learning tool like this – and Otsimo was born,” Zafer shares.

Otsimo is a learning application that uses interactive games to help children with developmental disabilities such as autism, to learn core skills like reading and writing. It enables any mobile device to become a platform for learning.

“One of the concepts my brother struggled with most was colour identification. One of the first games I created was to help him learn and recognise colours using ABA therapy methods,” he shares.

Through a PIN-protected family module, parents can customise and track a child’s experience and choose which games the child has access to.

"The Family Module gives parents access to analytical and reporting data to track a child’s progress against key metrics such as their attention span,” Zafer explains.

The app also uses Machine Learning (ML) technology to automatically scale the difficulty of the games depending on a child’s interaction with it, optimising the challenge for each individual.

Treatment programmes are instrumental for children with autism to cultivate core cognitive, social, speech and behavioural skills. ABA therapy and special education programmes are good options to develop these skills, but various socio-economic factors may limit a family’s ability to take advantage of these treatment programmes.

“We have the opportunity and responsibility to make meaningful impact on the autistic community, and technology is an incredible medium for social change. Approximately two-thirds of the adult population worldwide own a smartphone. Particularly in emerging markets that might not have the best healthcare systems, smartphones are becoming more affordable. Prices are expected to continue to decrease over the next couple of years, making mobile phones the perfect vehicle to leverage for accessible treatment,” Zafer explains.

Otsimo offers twelve core competency educational games for free. To access the full library of games and the family module, families can purchase the premium version for either $20.99/month or $9.99/month if a subscription is purchased for a full year.

“Otsimo is a child-friendly application and it provides educational opportunity and funny environment for those who have a hard time get intensive and continuous access to education. It is beneficial to children with autism and other developmental disabilities,” says Dr Binyamin Birkan, a special education specialist.

Avaiblae on both iOS and Android devices, Otsimo, over the past two years, has helped parents, teachers and families of children with mental and cognitive disorder to improve their attention span, reading, writing and mental skills like emotion identification.

Through Otsimo, Zafer not only wanted to reduce the stigma around autism, but also wants to democratise access to early education for these children. His long-term goal is to build an inclusive platform for children, where they have access to education through multiple educational games.

“The answer to becoming a more inclusive society starts with the actual ‘do-ing’, which requires more than awareness. Empathy must be turned into accountability from individuals who live and work in our community,” Zafer concludes.