Gurugram-based ShiftKarado uses AI to help plan your next move 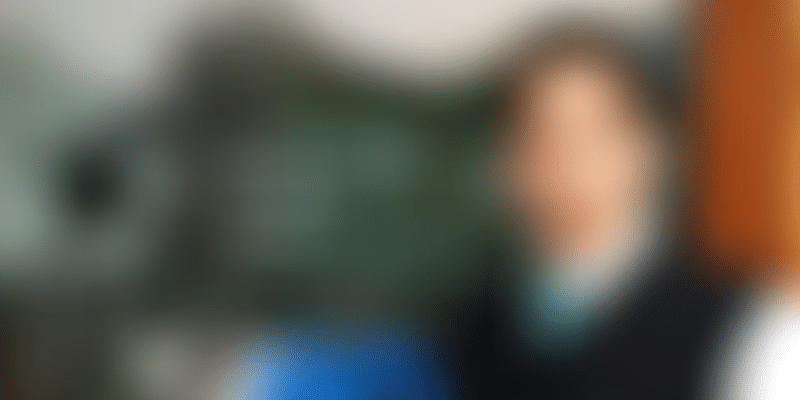 With the movers and packers segment being largely unorganised, ShiftKarado aims to allow users get a precise and instant quote on pricing after sharing the details on its website or app.

The problem it solves: Helps people shift their goods

Are you looking for a hassle-free way to shift to a nearby locality or to a new place close to your office? ShiftKarado is here to help you. Set up in 2016, the Gurugram-based company gets you online quotations for various types of services within minutes. And, yes, the startup uses Machine Learning (ML) and Artificial Intelligence (AI) to help its customers hasten the turnaround time from enquiry to placing their final order.

ShiftKarado is backed by parent Star Worldwide Group Private Limited, which has decades of experience in the relocation business and in shifting goods to international locations, especially for consulates and big companies.

Sahil Mithal, Co-founder of ShiftKarado, says, “With increased mobility of the workforce and their requirement for professional and dependable, yet, economical relocation services, ShiftKarado was conceptualised by its parent company Star Worldwide Group Private Limited as a tech-enabled, end-to-end shifting and relocation service delivery concept.”

The eureka moment for the company was around October 2015, when the founders examined the current domestic relocation market in India, and realised there were only a few key players in this space, with low-quality benchmarks and limited to no technology-enabled services. “Shortly thereafter, ShiftKarado was incorporated and our Android app and Website was officially launched,” Sahil adds.

The team and its journey

All the co-founders come from the same family. While Atul Mithal is Sahil and Aulina's father, Ashish is their cousin.

Atul has been associated with Star Worldwide for more than 20 years. Sahil, after completing his computer science graduation from College of William & Mary, Virginia, US, started his career in the family business of Star WorldWide. Aulina too has been part of the Star Worldwide Group since 2002. Ashish is a former employee of Thomson Reuters, who joined the other co-founders in 2016.

After being part of his family business with Star Worldwide, Atul saw a huge demand-supply gap in the packers and movers segment in the domestic market, as compared to international markets.

“He witnessed problems such as lack of rules and regulations, costly and poorly-managed services, and most of all, lack of security of products. It was then that we decided to start working on the idea, and later Aulina and Ashish joined us,” says Sahil.

While Sahil helped in technological aspects of the company, Aulina’s role is more customer-centric and training related. Ashish helped to set up ShiftKarado’s initial structure, operations, and administrative aspects. Currently, the team has 15 expert professionals on board.

The product - how does it work

The ShiftKarado website and app allow users to get precise and instant pricing quotes upon sharing required details such as address, day, number of items to be shipped, time etc, while planning their move. They can even book for relocation services and pay the amount at any point.

Based on the learning and historical data, ShiftKarado’s online platforms are built on a template-based model with the pre-default list of items set on configuration type, powered by data analytics. The customer only has to pay for what they wish to be packed and moved. They can add or delete items from the template, and decide on a pricing structure that suits them the best. In case of doubts, they can reach out to ShiftKarado’s customer support team.

Sahil says, “We did face some challenges in getting the customers to input information about the move, but we overcame this by providing intelligent templates that would auto-populate the information box. We are now delivering thousands of instant prices with our technology”.

Without disclosing its revenues, Sahil says the startup was able to break even three months ago. Talking about its competitors, Sahil points out that Agarwal Packers & Movers is the biggest player in the market at present. Other online competitors include EZMove and Pikkol.

“It is the technological aspects of our company, along with our understanding of the international standards that primarily sets us apart and ahead of our competitors. Other than that, we also offer our clients \instant booking, instant quotation, urban mobility, security, as well as transparency in our services. ShiftKarado utilises a mix of fleets - our in-house fleet services as well as outsourced fleet services. Depending on the peak season and availability, we either use our own in-house fleets or outsource it from third-party players in case of high demand,” says Sahil.

“The company generates revenue from varied services of packing, loading, unloading, transporting and relocating that is being provided to both households and small business,” he says.

Some of their major clients include Dainik Bhaskar, Prop Tiger and CIANS. The startup also has an agreement with OYO Rooms for relocation of its employees across India.

ShiftKarado is currently not looking at any external investment, and it is bootstrapped. “I can’t give you an exact figure of the amount we have invested because we also use the infrastructure of our parent company. But putting all together, it might go up to $5 million,” says Sahil.

He adds that it is difficult to pinpoint the market size “as the sector is largely unorganised. Also, there is no way to predict and estimate how many people will shift in the future,” he says.

Currently, the startup operates in 13 cities, including Delhi NCR, Mumbai, Bengaluru, and Hyderabad. Sahil says, “In the next two years, we plan to enter more cities. We are looking to target a revenue of Rs 100 crore in the next three years.”