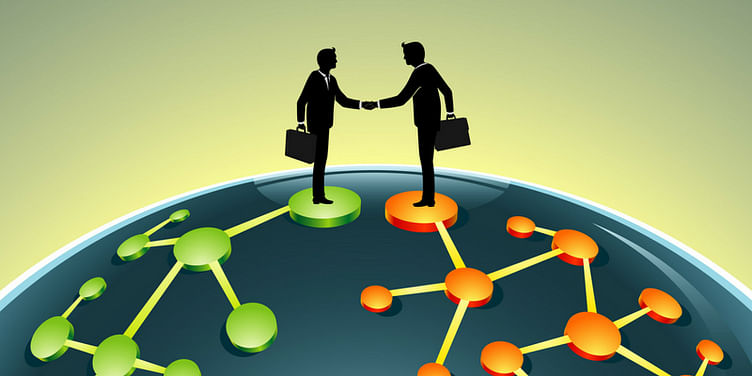 Mergers and Acquisitions (M&As) are fast becoming the norm rather than an exception for Indian business houses of late. This is a fact that permeates all verticals of business and is ownership-neutral. The recent spate in high-decibel deals – be it inbound or outbound – making daily headlines stands testimony to this fact.

Hard numbers on M&As drive home this point with data alluding to the fact that local firms were part of deals topping $97 billion so far this year, beating the previous peak of $92 billion. More significant is the spike in the number of high-value deals of over $100 million which swelled to over 37, year-to-date and growing. This is a revealing piece of insight indeed since India is just a few notches away from joining the $100 billion M&A club, mirroring the fact that Indian business has mastered the essentials and necessities of deal-making. The conditions include a course correction in the business eco-system, dissolving boundaries for business, and elevated risk appetite of firms.

It goes without saying that India blips bright on foreign investors’ radar thanks to attractive valuations of assets. A sharp downward correction of the local currency unit relative to competing currencies is playing out as a positive. Moreover, the market is awash with stressed assets which the lenders are putting on the block under a Reserve Bank of India (RBI)-monitored debt resolution package, the Insolvency and Bankruptcy Code (IBC).

These along with positive shifts in the policy ecosystem – the tweaked IBC norms with its twin features of an asset reconstruction company (ARC) and an alternative investment fund (AIF) and the just signed inter-creditors pact – in my view, have levelled the field for accelerated M&A activities going forward. Increased liquidity in the banking system post the demonetization exercise, despite lenders’ stressed balance sheets, puts the last variable in the M&A equation right in place. The spurt in FDI during the first half of this year is not the only factor spurring M&A activities. The necessity to grow in scale and scope makes M&A a dominant theme in riding the business cycles, with its binaries – exports, private consumption, and government capital expenditure – playing along.

While factors that will spur exports hinge much on non-India factors, the last two are pure-play country-specific variables. The government’s decision to hike Minimum Support Price (MSP), and big basket investment in infrastructure, will go a long way in increasing rural demand and turn the growth cycle up for core sectors such as cement and steel. If these factors play out fully on expected lines and other things remain equal, the economy will gather steam, breaking its sub-optimal jinx by reducing the output gap and gliding towards full employment.

A rising growth scenario along with no major capacity addition in core sectors on the anvil will translate into higher capacity utilisation levels. The long lead time for setting up new capacity underlines the M&A theme. Both these factors will give more pricing power for leaders in respective verticals. Adding credence to this thesis is a major supply-side factor – the willingness to sell assets by promoters. It goes without saying that the private sector is still under a debt overhang, though the net accretion to debt has ebbed. Besides, the tight-fisted lending norms followed by commercial banks in their bid to fight increases in stressed loans make it difficult for promoters of distressed assets to refinance debt. This inevitably will bring more assets into the market.

Coming to the demand side, on the aggregate, corporate India has the highest free cash and cash equivalents on their books now since they have refrained from building capacity fearing a volatile market. However, with the growth cycle turning up, prudent enterprises will be willing to shell out their cash reserves for capacity addition through inorganic growth with lenders’ consent rather than parking funds in low-yielding assets. Lenders’ willingness to fund M&As with promising outcomes and buyers’ appetite to lap up quality long- tenure debt papers issued by AAA-rated enterprises make financing deals much easier.

It is only logical that rising M&A activities will lead to business convergence and vertical consolidation. Major verticals that are likely to undergo a shake-out are banking, financial services and insurance (BFSI), consumer durables, metals, minerals, cement, infrastructure, healthcare, real estate, and telecommunications. This is because these are the sectors experiencing least pricing power and/or are blotted with stressed assets. Consolidation will lead to margin improvement and earnings growth.

Finally, Indian companies were hamstrung by several restrictive factors for funding M&As, making leveraged buyouts difficult. For instance, local bank finance to acquire shares of foreign companies was allowed only in restricted circumstances. However, financial engineering has dished out new instruments such as masala bonds and listed non-convertible debentures (NCDs), making fundraising easier. The Government is also working on easing the external commercial borrowings (ECB) guidelines for corporates. Finally, once the ambiguity on pass-through taxation of Real Estate Investment Trusts (REITs), Infrastructure Investment Trusts (InvITs), and AIFs is removed, more companies will use these vehicles to raise funds to finance M&As.

Labour laws and compliance in India