Decoding Section 377: What it means for the LGBTQ community 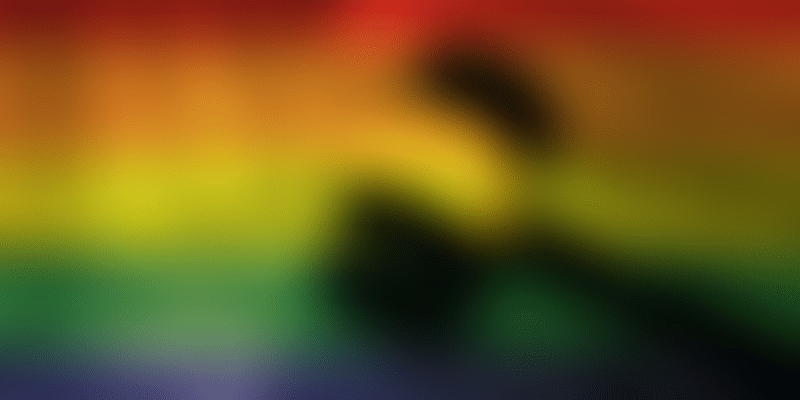 In a unanimous verdict, a five-judge bench of the Supreme Court struck down Article 377 of the Indian Penal Code (IPC). “The constitution nurtures dissent as safety valve of society, we can’t change history but can pass way for better future,” the apex court said.

There are no official demographics for the LGBTQ (lesbian, gay, bisexual, transgender and queer) population in India, but reports from 2012 suggest the government pegged that around 2.5 million people in India were homosexual. These figures are only based on individuals who have spoken about belonging to the community to the Ministry of Health.

The actual statistics may be vastly different since many have so far feared discrimination and social stigma.

The Supreme Court on Thursday struck down Article 377 of the Indian Penal Code and said, “The sexual orientation of an individual is natural and discrimination on the basis of sexual orientation is a violation of freedom of expression. The LGBT Community has the same rights as any ordinary citizen... Criminalising gay sex is irrational and indefensible. The provision of IPC had resulted in collateral effect in that consensual sex between LGBTQ people is criminalised and is violative of Article 14.”

"The Supreme Court’s decision to decriminalise homosexual behavior is the first step towards providing equal status and rights to the LGBT community in India. It further opens doors for the community to claim their right to marry, adopt and have a family. As the judgment only dealt with the criminalisation aspect of Section 377, it can be expected that the laws on same-sex marriage, adoption and inheritance of LGBT community may soon follow,” says Rohan Mahajan, Founder of LawRato.com.

In essence, the passage of this verdict decriminalises homosexuality and rules that consensual adult gay sex is not a crime. The lives of the LGBTQ community may be impacted in the following ways:

“Individuals belonging to sexual and gender minorities experience stigma, discrimination and in some cases denial of care on account of their sexual orientation and gender identity,” the court said.

The apex court also recognised that the laws criminalising same-sex intercourse create social barriers to accessing healthcare and curb the effective prevention and treatment of HIV/AIDS.

The choice of sexuality is at the core of privacy. Media reports said the court upheld that the right to privacy is intrinsic to liberty, central to human dignity and the core of autonomy. These values are integral to the right to life under Article 21 of the constitution.

“In conceptualising the right to sexual privacy, it is important to consider how the delineation of ‘public’ and ‘private’ spaces affects the lives of the LGBTIQ community,” Justice Chandrachud said.

The latest verdict calls for the right to sexual privacy, founded on the right to autonomy of a free individual. The verdict also confirms sexual activity between adults and based on consent must be viewed as a “natural expression” of human sexual competences, and sensitivities. The refusal to accept these acts amounts to a denial of the distinctive human capacities for sensual experience outside of the realm of procreative sex.

The scrapping of Section 377 also paves the way to strengthen the Rights of Transgender Persons Bill 2014, the bill which granted a legal right to the transgender community. Transgender activist Lakshmi Narayan Tripathi said, "The biggest problem with the Transgender Bill was that it did not do away with section 377. Many transgenders continued to be persecuted under it.”

The ambiguity in the definition of the "third sex” gave way to misinterpretation. Section 377 included transgenders in its purview, since it prohibited ‘unnatural’ or non peno-vaginal intercourse.

Dwelling upon the rights of transgenders, Justice Arjan Kumar Sikri said gender identification was an essential component to enjoy civil rights by the community. It is only with this recognition that many rights will be available to the said community “more meaningfully” — the right to vote, the right to own property, the right to marry, the right to claim a formal identity through a passport and a ration card, a driver’s licence, right to education, employment, health and so on.

The "treatment" of homosexuality as a disorder has had serious consequences on the mental health and well-being of LGBT persons. Psychiatrist Dinesh Bhugra emphasised that radical solutions are needed to combat the high levels of mental illness among the LGBT population stating there is a “clear correlation between political and social environments.” Persecutory laws against LGBT individuals have led to greater levels of depression, anxiety, self-harm and suicide.

“Mental health professionals can take this change in the law as an opportunity to re-examine their own views of homosexuality,” Justice Chandrachud said.

The Court upheld that counselling practices will have to focus on providing support to homosexual clients.

“Instead of trying to cure something that is not a disease or illness, the counsellors have to adopt a more progressive view that reflects the changed medical position and changing societal values,” he said.

5. From denial to freedom

The constitutional vision of justice accommodates differences of culture, ideology and orientation. The court held that sexual orientation had become a target for exploitation, if not blackmail, in a networked and digital age.

“Does the Constitution allow a quiver of fear to become the quilt around the bodies of the citizens, in the intimacies which define their identities? If there is only one answer to this question, as I believe there is, the tragedy and anguish which Section 377 inflicts must be remedied,” Justice Chandrachud said.

“It is difficult to right the wrongs of history. But we can certainly set the course for the future. That we can do by saying, as I propose to say in this case, that lesbians, gays, bisexuals and transgenders have a constitutional right to equal citizenship in all its manifestations,” he added.