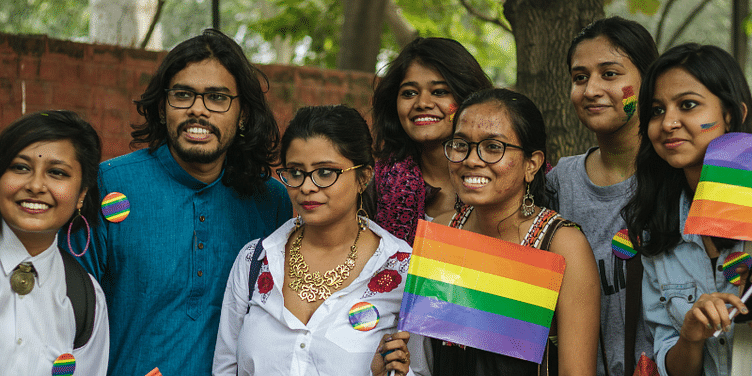 Corporate India and startups have welcomed the Supreme Court judgment on Section 377. Embracing diversity and inclusiveness at the workplace leads to revenue growth, and increased profitability.

A few years ago Vikas, a Bengaluru-based software engineer, participated in the annual Pride march in Delhi. Attempts at concealing his identity were in vain as his photos made it to mainstream media. Whispers in the office, and gossip led him to eventually find a new job and move town.

Sandeep, recalls how his colleagues reacted when they learned about his sexual orientation. “When I joined the office nobody knew I was gay. They would joke around about how I was always impeccably dressed; I was labelled ‘metrosexual.’ When my team realised my sexual orientation, there was no shift in their behaviour. However, I am apprehensive about the reaction from my senior management.”

Sridhar Varadharaj, Founder of superfood company Zago, says, “As an openly gay owner and managing director of a business, one obviously faces less open discrimination. We try to build a very inclusive and diverse company; a progressive brand that is appreciated by our customers for the values we stand for."

Such situations could become a thing of the past after the Supreme Court decriminalised consensual adult sex among people of the same gender under Section 377. In short, it’s no longer “illegal” to be homosexual in India!

While the obvious suspects — NGOs, activists, and members of the community themselves — hogged the limelight, Corporate India and startups silently pledged their support.

We welcome the landmark judgement by the Supreme Court on #Section377. We have always provided equal opportunities for employment at Tata, irrespective of race, caste, gender, religion or sexual orientation. #PrideIndia

The others were out there as well - Infosys, Google, Swiggy, Flipkart, Salesforce, and IBM. Infosys, Uber, Ola and Google Pay coloured their logo in rainbow colours on Twitter.

Chaitanya N Sreenivas, Vice President and HR Head, IBM, India and South Asia, says, “IBM applauds the verdict of the Supreme Court of India on Section 377 IPC. Our legacy of diversity and inclusion has cultivated a leadership position among our technology peers and others in the business world. IBM has always been a workplace where everyone can bring their whole selves to work and express themselves freely.”

These public statements are a reflection that India Inc aims to cultivate a workplace that promotes diversity - and it makes good business sense.

Studies prove a diverse workplace actually leads to higher revenue growth, and increased profitability. A report by The Centre for Talent Innovation, on ‘Out in the world: securing LGBT Rights in the global marketplace’, says countering LGBT discrimination benefits a corporation on three fronts: it helps a company attract and retain top talent, woo and win critical consumer segments, and innovate for underserved markets.

“Corporates should look at this as a business strategy, not as a HR or CSR activity. Why? Because your employees become more productive, more creative thinking because of the diversity. Also, from a customer perspective they personally view you as a more progressive company,” Sridhar explains.

A study by McKinsey also demonstrated that a diverse workplace has a direct positive correlation on the profitability and revenue growth of a company.

Rishi Das, Co-founder and Chairman of IndiQube, a co-working startup, says, “Most corporates, especially MNCs, already have a structured LGBT policy as they are keen on creating workplace of equal opportunity. This also includes holding regular sessions on this issue.”

He says homosexuality in Corporate India was until now a hush-hush affair; with the Supreme Court judgment, there is expected to be more maturity.

“At Salesforce, we have always championed the rights of the LGBTQ+ community and fostered a culture where employees are encouraged to bring their whole, authentic selves to work," says Shweta Rajpal Kohli, Director - Public Policy and Government Affairs, Salesforce, India and South Asia.

Most of us spend a large part of our day in office and support from employers goes a long way to expand the scope of the talent pool.

“What do you need to do to make employees and customers comfortable. You start with a sympathisation programme; you have policies that protect people from discrimination; and you are sensitive to their requirements to show they are represented in company policy,” Sridhar shares.

ThoughtWorks, a global software consultancy, has been championing the cause; 8 to 10 percent of its employees belong to the LGBTQ+ community.

“We are proud to be called home for a number of out and proud ThoughtWorkers. Also, we stand by the idea that the ‘+’ sign in the LGBTQ+ acronym is representative of ‘Allies’. In that sense, every Thoughtworker is an LGBTQ+ ally and a part of the larger community,” says Tina Vinod, Diversity and Inclusion Lead, ThoughtWorks India.

From organising participation in Pride marches across their six offices in India to becoming a voice of the LGBTQ+ community at external forums (representing ThoughtWorks) on topics like equal opportunity, policy changes etc, the global organisation has been an advocate for positive social change. ThoughtWorks has set up a MITRA Collective, a LGBTQ+ council, which conducts sensitisation workshops and awareness campaigns both internally and externally.

Being diverse and inclusive is proven to be a competitive advantage in the market. Mainly because, Tina explains, such a stance takes into consideration a more diverse range of employee and leaders’ ideas, perspectives, and approaches, which helps ensure business success. There is more empathy with markets and a better ability to be adaptive to the diverse needs of customers.

Kamal Karanth, Co-founder of HR startup Xpheno, says, “Organisations are struggling to hire talent, and this move widens their reach to tap into the aspirational pool of people who belong to the LGBT community.” He adds that companies' affirmation of the Supreme Court judgment also enhances the strength of the brand as an equal opportunity employer.

Startups too are encouraging the LGBTQ community by either making them a part of their workforce, or supporting their cause.

Supporting the cause of the LGBTQ community is not just a diversity issue for companies. Global studies have indicated that consumer companies that fail to support LGBT inclusion could jeopardise sales.

India has taken the first step towards inclusion, and while much more remains to be done, companies are actively working on strategies to bring the transgender community into the workforce; they could be the biggest beneficiary as they have faced the most discrimination so far.

“Directors and CEOs are very visible people. They can use their positions and set examples for their companies and be role models for the broader community by being open about their sexuality,” Sridhar says.

(Some names have been changed on request.)

Also read: LGBTQIA inclusion beyond the rainbow branding: What can organisations really do?