'Keep creating, that’s the only way you can grow' - Madhuvanthi Mohan, Sketchup 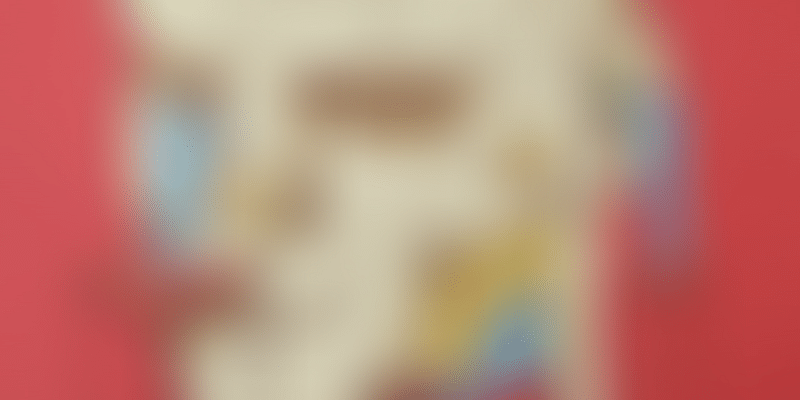 Cafes and pubs are riding the art wave with installations and shows, as well as participation by art meetup groups like Sketchup.

Social is an unusual mix of café, pub, co-working space – and now art hub, as seen by activities at Church Street Social and Koramangala Social. The spaces bring together a creative mix of entrepreneurs, artists, designers, writers, photographers, musicians and freelancers.

Social is pitched as “an urban hangout that's designed to take you offline while still keeping you connected; a place where networking can happen even if the net's not working.” Social encourages cross disciplinary conversations through its collaborative workspace and culture events, thereby playing a major role in building various communities, explained Riyaaz Amlani, in a chat with YourStory.

“We had a five-city event series called ARTery, in association with Kranti Art Theory, to raise funds for the North East Flood relief via a sale and showcase of a few independent visual artists,” he added. Workshops were also held in conjunction with the recent Bangalore Design Week (see our coverage here: 8 designs tips by Apple’s branding partner).

A major trend that Riyaaz sees in India is cross-collaboration between various forms and communities of art. “While visual, performing and literary artists have been working together for years, the diversity and scale has been increasing at an unprecedented scale,” he says. Social is riding and driving the wave with events supporting artists, and its blog ColoKyal.

“It is important to take chances, learn various skills and allow yourself the time and space to experiment. India is currently at a stage where the consumption and support for art and experiences is growing by the day,” Riyaaz observes.

“It’s a better time than ever to learn different disciplines, to take risks and explore whatever appeals to you. Even if you don't have access to a formal mode of learning, there's a burgeoning art scene to dive into. So go ahead and take any opportunities that might come your way,” he advises aspiring artists.

One such art group that has tapped the community space at Social is Sketchup, founded by illustrator Madhuvanthi Mohan. She studied media and psychology at Christ College and St Xavier’s, and started off in the advertising world. She later quit to become more fully involved in art.

“Our meetup group Sketchup has activities like networking, workshops, shows, and talks by experts,” said Madhuvanthi, in a chat with YourStory. Over 20 sessions have been held at locations in Mumbai, Bengaluru and Delhi, with themes ranging from graphic art to Naga tattoos. The exhibition at Koramangala Social featured 11 artists, some of whom are featured in the second half of this photo essay.

“Art is a way of life. There are many opportunities and resources now to learn; you can become a self-taught artist, though it is not easy,” Madhuvanthi explains. She defines success for herself through happiness and creation.

“Keep creating, that’s the only way you can grow and become better,” she advises aspiring artists. In sum, the convergence of online platforms (social media, community forums) and offline spaces (venues, festivals) bodes well for the growing art and design community in India.

Now what have you done today to appreciate the beauty and importance of art, and do your bit to contribute to it both online and offline?