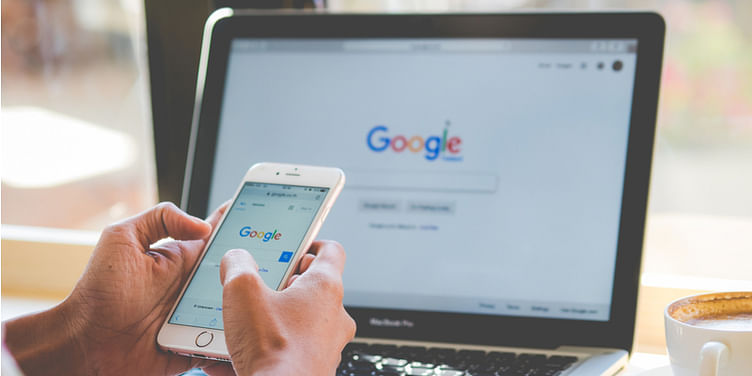 The advancements in technology led by companies like Google have no doubt provided newer fields of opportunities across the globe. But coupled with the market dominance tactics, it is also discouraging true innovation to come to the fore and sustain itself

On October 9, Google appealed against the biggest antitrust fine ever imposed by the European Union in the General Court of the European Union. In July this year, Google was hit with a €4.34 billion fine by the EU for illegally abusing the dominance of its Android operating system. According to EU, the company broke the antitrust laws in three major areas. Firstly, Google bundled its search engine Chrome along with its various apps to the Android operating system for the handset market globally. Secondly, it persuaded several phone manufacturers against the development of smart devices that could have used a forked version of the Android operating system. Thirdly, it paid the major handset manufacturers and telecom operators to exclusively bundle the Google search app on the mobile handsets. Confirming the allegations, EU imposed a fine to the tune of €4.34 billion on Google and asked the company to put an end to the ‘illegal conduct’ within 90 days of the verdict. In response, Google has chosen to appeal against the verdict as per latest development.

If the appeal is rejected by the EU court, Google would need to stop its practice of making the phone manufacturers pre-install the Chrome browser and Google search app in order to offer the Google Play Store on their handsets. Going forward, it would not be able to stop the handset manufacturers from using a forked version of Android on their devices as there is no credible evidence that using a forked version of Android would lead to any technical glitches or that the phones will not be supporting some apps. The third issue of illegal payments already ceased in 2014 when the EU started looking into the matter.

Whatever the ramifications for Google and other similar services providers, this verdict has opened up for debate the possible reforms needed in the tech landscape, some of which are listed below.

At the very base of it, the verdict can serve as a platform on which the future rules of conduct for tech giants can be shaped. EU’s verdict has several industry stalwarts and opinion leaders pointing out that this was an obvious issue that needed correction of some sorts. Harry First, the co-director of the Competition, Innovation and Information Law programme at New York University, says that the issue is the fact that Android is not opened up for companies deploying it and now this verdict can possibly force Google in doing the same.

While organisations on their own might not rise to the occasion, it is imperative that the various governments across the globe set out some rules of behaviour that tech corporations should adhere to, to stay in business in their states. Google also agrees that Android helps its advertising business. Casey Oppenheim, chief executive of Disconnect, a privacy and ad blocking service, points out that Google has a monopoly on the Android operating system and it gets to define whatever goes on, on the platform. All this points to an obvious monopoly with little control by the state.

Providing a platform for healthy competition

With unyielding power, corporations like Google can become even more dominant, eventually weeding out the competition, however promising. In the spirit of healthy competition, it makes sense that everyone has a fair chance to impress the consumer that may not be happening fairly due to Google’s methods of functioning.

Geoff Blaber, Vice President at tech research firm CCS Insight, believes that the Android operating system’s core purpose was to promote Google’s own services. Naturally, it gives them a huge edge over any competition. EU commissioner and competition chief Margrethe Vestager have urged Google to stop its illegal behaviour. She opined that Google’s activities broke the EU’s antitrust laws by denying its rivals an opportunity to innovate and compete with them based on their merits only. She and her organisation has been consistently reminding people on how Android’s restrictions hamper healthy competition in Europe and unfairly favours the parent company Google in consolidating its dominating position in the field of online search.

Creating a balance between providing opportunity and seeking muscle power

Amidst all this frenzy, Google’s CEO Sundar Pichai has said that the company will challenge the EU’s decision. He alleged that Android’s free dissemination has benefitted an entire community of manufacturers, operators, app developers and consumers. Google’s business model provides thousands of developers across the globe a source of livelihood. It has enabled customers to buy smartphones at a cheaper price and thereby access information through the medium of internet.

Android’s current business model enables Google to provide the technology for free to the various phone makers, dropping the overall prices of smartphones. He mentioned how phone makers pre-installing Google apps are free to install rival apps as well. Pichai added that rapid innovation, wide choice and falling prices resulting from its business model signify that there is robust competition in the market and not otherwise as suggested by the EU. However, the cause of customer choice is just one too. The customers should not be forced to have apps because Google wants them to, as is the case today.

The advancements in technology led by companies like Google have no doubt provided newer fields of opportunities across the globe. But coupled with the market dominance tactics, it is also discouraging true innovation to come to the fore and sustain itself, which is, in fact, the bedrock of technological advancements. Crippling future innovators and competitors will shrink opportunities rather than enhancing it in the long run. As the world moves from laptops to mobile devices, Google’s model enables them to funnel the new smart devices into the Google ecosystem. With the lion’s share of the search engine market, they get to call the shots. It is only fair to expect them to lead the change in adhering to the rules of conduct fairly and promoting innovation.